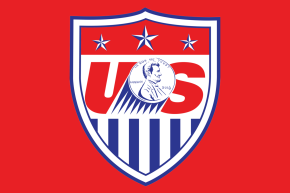 One Nation, One Team, Two Sets Of Rules
By Joe Lemire

One Nation, One Team, Two Sets Of Rules 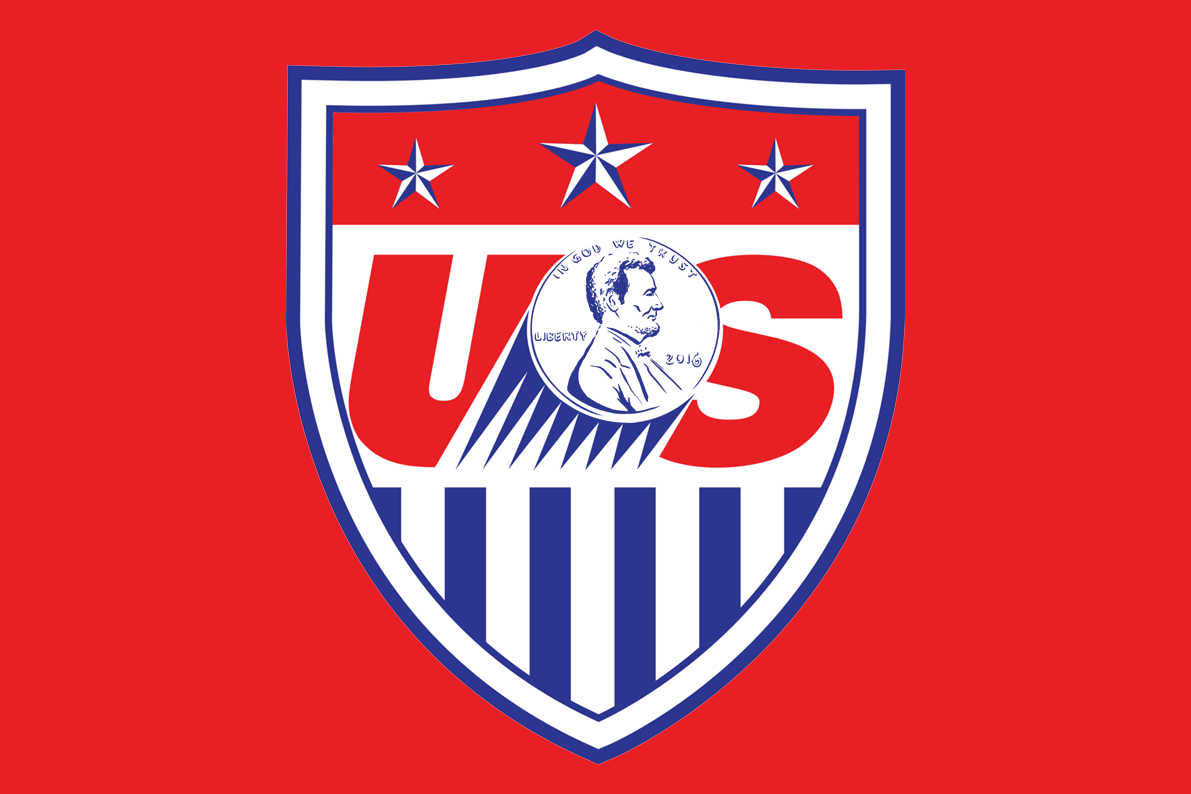 EAST HARTFORD, Conn.—After the U.S. women’s national soccer team had thoroughly dispatched Colombia 7-0 before 21,792 fans in a nationally televised match on Fox Sports 1, the players did their postgame interview in the mixed zone—taking turns standing in front of the federation’s sponsorship-laden backdrop featuring the logos of Nike, AT&T, Chevrolet, Coca-Cola, and Budweiser, among others.

Soccer has become big business in this country, and though the U.S. Soccer Federation ubiquitously touts its slogan of “One Nation, One Team,” there really are two teams and two sets of rules.

The extent of that disparity came to light in an Equal Employment Opportunity Commission complaint filed by five star players on the women’s national team—Hope Solo, Carli Lloyd, Alex Morgan, Megan Rapinoe, and Becky Sauerbrunn—that alleged unequal pay between the men’s and women’s national teams despite equal work and more success by the women.

“There’s a lot of work that we have to do worldwide,” Solo, the longtime goalkeeper, said after Wednesday’s match. “It’s not just in sports, it’s in society. There’s unequal pay and there’s disparities within many different businesses that a lot of people have to address.”

The American Outlaws, an unofficial fan group of both national teams, hung signs in front of their section. One read “Equal Play = Equal Pay” and the other demanded “Grass Only” in recognition of the poor artificial turf playing surfaces the women have sometimes been asked to play on.

“We’ve always had, we feel like, the best fans in the world, so for them to support us when we filed this complaint means a lot,” Sauerbrunn, a co-captain, said.

TFW you're Hope Solo and gender inequality is costing you money

The EEOC charge detailed the pay discrepancies. The top women receive a $72,000 salary and benefits, while the men instead receive a salary from their professional clubs. However, there’s remarkably unequal pay for each of the minimum 20 exhibition games, or friendlies. The women receive a $1,350 bonus for each win and nothing for a loss or tie, whereas the men receive at least $5,000 for every game—even a loss—and from $6,250 to $17,263 per win, depending on the level of the competition.

The filing noted, “So, if a MNT player loses all 20 Friendlies, he will earn $100,000—$27,000 more than similarly situated WNT players and $1,000 more than WNT players who win all of their games.” Additionally, the complaint states that the Federation “pays men a per diem of $62.50 for domestic venues and $75 for international venues, while paying the women $50 and $60, respectively, even though they are traveling for the same reasons.” The stipend for a sponsorship appearance is less, too.

“Any differentiation in payments from the same employer or same payer is incredibly problematic,” Neal Brickman, a prominent labor attorney in New York, said.

That differentiation, he said, refers either to “the condition of payment or amount of payment.” Both are issues in this case, according to the EEOC filing.

“One of the many strengths of the women’s soccer case is that it’s the same work,” Brickman said. “They’re representing the country in soccer matches that are on the same size field and the same time.”

Brickman said a common tactic of a defendant is to argue that the comparison is apples to oranges, and the women do receive that salary from the Federation, which the men do not. Sauerbrunn said the women are willing to forfeit that compensation down the road when their professional league, the NWSL, is able to supply it. Another complication, as explained by Marc Edelman, an associate professor of law at Baruch College’s Zikin School of Business at Forbes.com, is that the women have collectively bargained terms of employment. The WNT, however, has argued in a separate legal filing that the collective bargaining agreement has since expired (while the Federation argues that a signed Memo of Understanding is binding through year’s end).

U.S. Soccer Federation president Sunil Galati has argued to SI.com that there’s a significant revenue discrepancy over each four-year cycle, a duration so chosen to include one World Cup for each team. (The Federation declined Vocativ’s request for comment.)

For some reason, we couldn't find an image of the men's team holding a World Cup trophy

The women can’t win their quadrennial World Cup every year, of course, but they have qualified for this summer’s Olympic Games and could win another major international championship and continue to receive high visibility. The Men’s Olympic competition is limited to players who are 23 years old or younger, so most of that national team is effectively barred from the competition. That leads to a greater volume of games for women.

Furthermore, during the tournaments in which they do both compete, the women inevitably advance further and play an overall greater number of games. That’s a point raised in the EEOC complaint: “The success of the WNT, however, has meant and continues to mean that we spend more time in training camp, play far more games, travel more, and participate in more media sessions, among other things, than MNT players.”

FIFA bundled World Cups to advertisers and say they can’t delineate or itemize the amount of revenue attributed to the men’s and women’s versions of the event. Such opaque revenue information has hindered the women’s case and has led to wide gaps in bonus money from the sport’s international governing body. The U.S. women received $2 million from FIFA for winning their World Cup, compared to the $35 million the German men received for winning and the $9 million the U.S. men received for their quarterfinal exit.

Former WNT captain Julie Foudy said on ESPN’s Outside The Lines that she’s heard the U.S. revenue numbers for “the men and the women are much more comparable than people think.” A federal legal filing should lead to a discovery stage in which the U.S. Soccer Federation will be compelled to open its books for a careful audit of what revenue can be attributed to which team.

The 2015 Women’s World Cup final, in which the U.S. beat Japan 5-2, attracted 26.7 million viewers—the largest audience for any soccer match in this country’s history. Fox Sports’ head of business operations, David Nathanson, recently told the New York Daily News that, in bidding for the estimated $1.2 billion U.S. English-language broadcast rights for all men’s and women’s World Cups from 2015 to 2022, “I can tell you that when we were bidding on the rights, we valued the Women’s World Cup almost as high as the men’s World Cup.”

WNT head coach Jill Ellis acknowledged that she’s in a “unique” position as a Federation employee coaching players currently suing her boss, but she commended each side’s professionalism.

“This team has always done a phenomenal job of managing to compartmentalize,” Ellis said, “so I don’t think in any way, shape or form, we let anything spill over to the training ground or to the pitch.”

The players spoke along similar lines, with Solo especially complimentary of the professionalism and respect of the Federation staff. All of them expressed appreciation for the Federation investing in them over the years but, as Sauerbrunn said, the negotiation of the next collective bargaining agreement had “stagnated” and “we felt like we needed to put pressure on the Federation.”

“We have been very lucky over the years to have the support of our Federation, but I think that, in order for us to continue to grow, we have to keep fighting as well,” Lloyd, the reigning world player of the year, said. “We’re trying to set the standard and just get what we deserve.”

Their Colombian opponents are currently undergoing an even worse situation. One of its players, Yoreli Rincon, has said that her team hasn’t received any payment in four months.

“Certainly as a female, I think in the broader scope, anytime you’re advancing the female capacity to earn—and I’m talking about in every walk of life—I think that’s a positive because there are inequalities in life,” Ellis said.

The WNT is trying to leverage their status and success in the sporting world to benefit themselves and make a broader statement about continuing gender disparities in the workplace.

“If the No. 1 ranked team in the world can’t be an inspiration, then who really can?” Solo said. “I’m happy and proud that we can stand up and fight for what is right and be on the right side of history.”