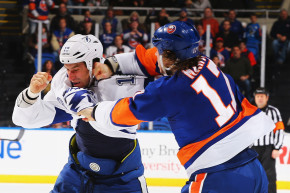 The NHL Is On Pace For Its Fewest Fights In Years

As the game has sped up, goons haven't been able to keep up and are fading away 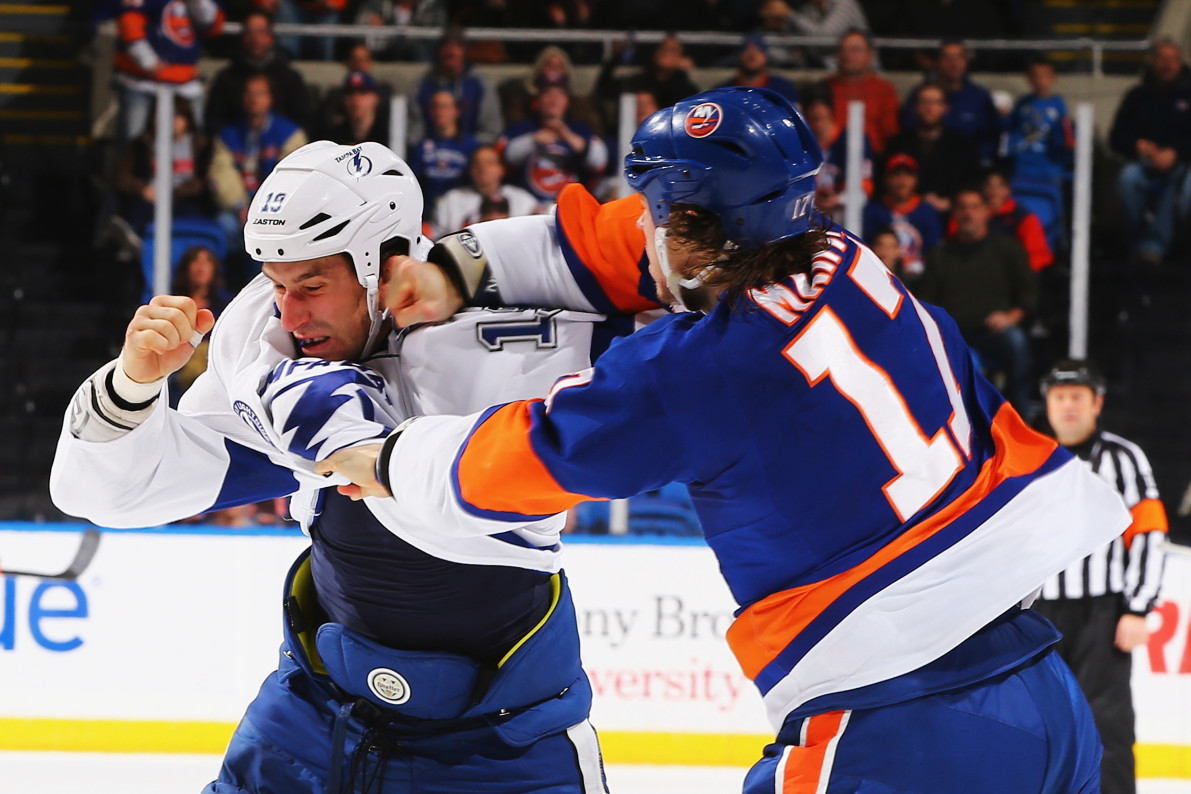 Anyone who’s been to an NHL game in a city with a not-so-passionate fan base has probably sat next to a person who exclaims after a scuffle between two (or more) players “I only come to hockey games for the fights!”

Well, those types of fans—the Don Cherry fans, if you will—must be getting dissatisfied with their viewing experience because fighting in the NHL has been on a steep decline over the past few years, and 2015-16 is going to finish with the lowest number of fights in years, according to fight-tracking site HockeyFights.com.

As of Thursday afternoon, there have been 335 fights in the NHL, with most teams having played 80 of their 82 games this season. To give some perspective on that number, there were 347 fights in 2012-13 … which was a lockout-shortened, 48-game season.

As you can see, fighting has been steadily falling from its peak of 734 fights in 2008-09. One of the statistical sources is the number of games with multiple fights, which was at 173 that season and is down to just 50 this season.

While fights sometimes occur when two (or more) players have simply had enough of each other’s shit, fighting in the NHL is mostly a gimmick found only in North American hockey. If a team comes out flat in the first period, one of the team’s goons might pick a fight in hope of giving his mates a little energy. There’s also a belief that fighting is a way for players to police the game themselves, although, no, it is not. And then there are some goons who pick fights with the other team’s goon just because they want to fight.

But this has been in decline for a number of reasons. After the 2009-10 season, teams started trying to copy the Chicago Blackhawks and Pittsburgh Penguins, who had just won Stanley Cups with speed, skill and skating. The game sped up, and the fourth-line goon who was only there to fight simply couldn’t skate well enough to stay in the lineup.

Players have also become more aware of the risks of taking blows to the head, even if the NHL will only acknowledge the impact of concussions and CTE privately. Suddenly, dropping the gloves for the sake of entertaining the fans isn’t so appealing.

The league has given indications that it would like to curb fighting, but doesn’t seem interested in outright banning it, in part because there’s a wing of the hockey community that thinks the decline in fighting amounts to a “pussification” of the NHL. Call it the movement to Make Hockey Great Again.

But regardless of what those people think, the underlying factors that contribute to the decrease in fighting aren’t going away, and 2016-17 will likely have even less fighting.