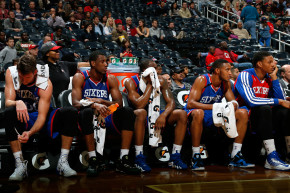 Why Sam Hinkie’s Process Failed The 76ers
By Robert Silverman 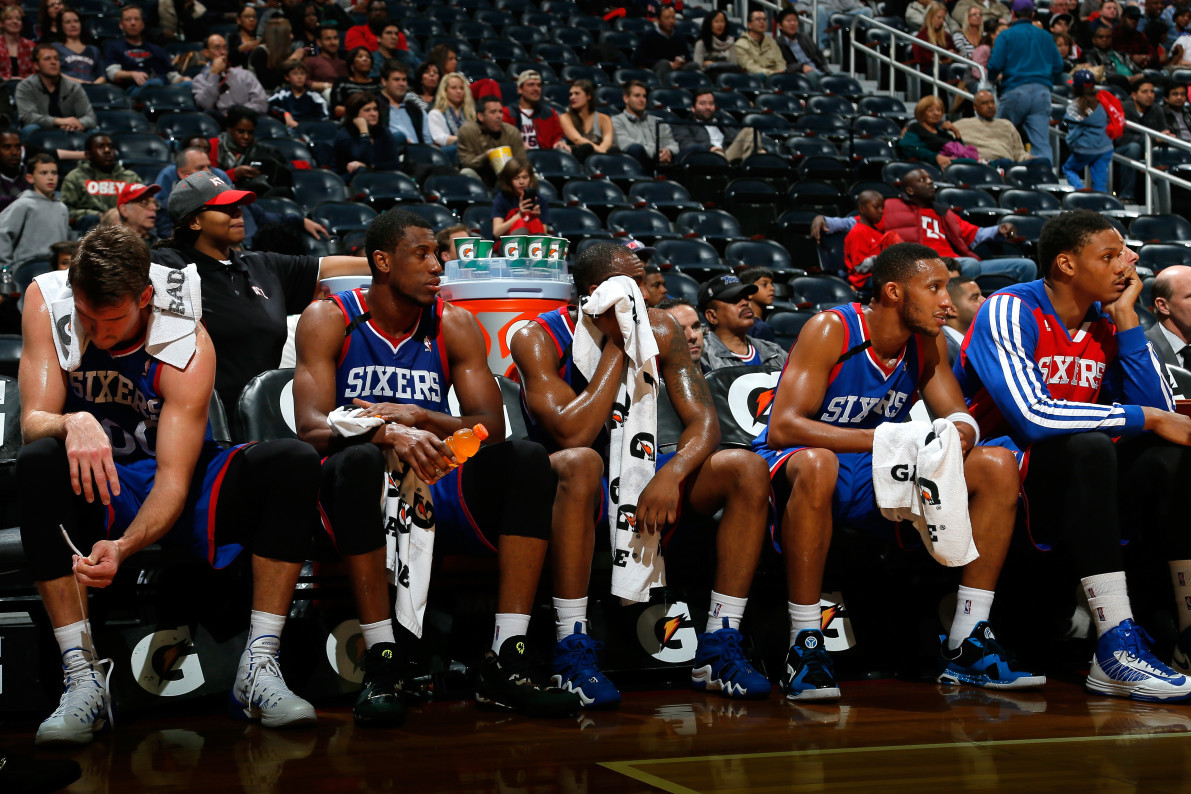 The Process, it is to be Trusted no more. The Philadelphia 76ers’ grand experiment with Disaster Capitalism as a team-building model ended last night after general manager Sam Hinkie handed in his Unabomber-length resignation letter, as first reported by ESPN.

And sweet fancy Moses, what a letter it is, with Hinkie unpacking his troubled mind to the entirety of the team’s equity partners, airing every single grievance he had for 13 whole pages and 7,000-plus words, and clicking off references to as many Thought Leaders as Hinkie’s bile-soaked pen could scriven.

The list of non-basketball people that Sam Hinkie cites/quotes in his 13-page resignation letter obtained by ESPN: pic.twitter.com/QIwF5C7nb3

In the lede, Hinkie jumps in with both feet:

I hope this letter finds you well. I have been serving the Sixers at your pleasure for the past 34 months. Atul Gawande, a Surgeon at Brigham and Women’s Hospital in Boston, remains (from afar) one of my favorite reads. He laughs that reading scientific studies has long been a guilty pleasure. Reading investor letters has long been one of mine.

There’s more. So, so, so much more. One chapter, which shoots straight to the heart of Hinkie’s venture capital soul, is entitled “A Reverence for Disruption.” Seriously. Patrick Redford at Deadspin has cobbled together some delicious outtakes, including Hinkie’s killer closer “I will be repotted professionally. That is often uncomfortable; most growth is. But it’s also often healthier over the longer sweep of history, too.”

He’ll be on Twitter in a jiffy too, at a handle he’s evidently been squatting on for a while now, @samhinkie. In the interim, if anyone would like to preemptively paste a Crying Jordan over all the 50-cent words in Hinkie’s magnum opus, we at Vocativ would be eternally grateful.

More In Defense Of Crying Jordan And All Memes Everywhere

So what’s next? Well, According to Adrian Wojnarowski, the Sixers’ ownership has been doing everything in its power to not so subtly shove Hinkie out the door. Once they decided to bring in sage basketball hand Jerry Colangelo, and duplicate Hinkie’s job title by bringing in Jerry’s retread son, Bryan Colangelo, it was just a matter of time.

Naturally, Hinkie handled this in as super classy a way as possible, telling his bosses to take this job and shove it while neglecting to inform the rest of his staff that he was going to pull this power move.

Now, for any other human, a stunt of this magnitude would kill any and all future job prospects, but that’s besides the point for someone like Hinkie.

The 76ers’ three odd years spent in total obeisance to asset-collecting and draft pick hoarding—slashing-and-burning their way through season after season at the expense of building, you know, an actual basketball team—came straight out of Mitt Romney’s old chop shop, Bain & Company, where Hinkie began his career as a “strategy consultant.”

Yes, every NBA team will eventually go this route, bottoming out to snatch a prized lottery pick or two, and even (gasp) tanking if it that’s the road to acquiring a surefire, can’t-miss college stud. It goes without saying that this is an imprecise, risk-laden strategy, one dependent on a great deal of luck.

More Why Is The Kremlin’s Man In Chechnya Promoting MMA Fights?

But the Sixers’ grim catchphrase, “Trust the Process,” which has become an arch joke at this point, contains something far worse at its dark core.

What Hinkie deftly packaged and sold to an entire fan base was the idea that his ideology should be embraced by all, even if it means that everything must be razed to the ground in service of that ideology, shocking and awing paying customers into genuflecting at their corporate masters’ manipulations of market inefficiencies that never resulted in even a half-decent product. All the while, those fans were still expected to hand over money for the privilege of watching an intentionally disastrous team.

In pursuing the notion that constructing a God awful team is actually a brilliant exploitation of a market inefficiency, what Hinkie forgot is that while every fan would very much like to see his or her team hoist a title, there’s far more to enjoying basketball than being the absolute best. You can and will develop an attachment or a fondness to any one of the “assets” that Hinkie shuttled in and out, always selling relatively high for an unknown, non-guaranteed payoff.

“You see, the Sixers’ mega-tank isn’t even anti-fan; it’s anti-basketball,” Kyle Wagner wrote at Deadspin way back in 2014, barely a year and a half into this awfulness. “It argues that the presence of a team in its city and for its fans in the form of actual basketball games in the actual physical universe is meaningless, that the idea of a savvy move shifting lottery potentialities a few degrees or moving a veteran’s minimum salary on or off the books is as valuable to a basketball fan as an alley-oop or crossover, because they further the cause.

“Pro sports teams are essentially public trusts,” he continued. “They receive political favor—like, say, $82 million in tax breaks for the relocation of their practice facilities—and revenue in return for providing athletic spectacle on a regular basis, or at least for attempting to do so. That’s all. That’s the minimum. And Philadelphia has refused to honor even that.”

It doesn’t hurt that they’ve spent season after season well below the NBA’s salary floor, taking awful contracts off other team’s hands to—you guessed it—stockpile more future assets. This season alone, they’re paying out $26 million in dead money. Those dollars could easily have been spent on a competent point guard like Jeremy Lin, who inked a two-year deal with a player option in 2016-17 for a mere $2,139,000.

Might Lin have been able to throw a halfway decent entry pass to Jahlil Okafor or work a solid pick and roll with Nerlens Noel, perhaps elevating their games? We’ll never know, because Lin’s presence on the roster could have resulted in a few more wins and a slightly lower probability of netting a top-three pick. That’s just not how The Process works, you guys. Plus, paying the literal minimum in salaries every season probably added a twinkle to the Sixers’ accountants’ eyes.

That’s assuming that Lin would’ve wanted to be in Philadelphia at all, given that real people like, say, NBA players and their agents, don’t really enjoy being thought of as bundled derivatives.

As the Philadelphia Inquirer reported in January, Kristaps Porzingis dodged any and all attempts to be seen by Hinkie et al. and both Jahlil Okafor and D’Angelo Russell weren’t exactly keen on the idea of landing in Philly. When it came to free agents, “one agent said in October that he doesn’t want his max-level players in Philadelphia. He is open to his mid-level players signing with the Sixers only if they overpay.”

That is the backdrop against which the 76ers must start anew, hopefully as a standard, crappy basketball team and not a paean to the worst of exploitative, late-period capitalism. But Hinkie’s absolutely right about one thing: his plant will without a doubt find another pot to take root in. Some eager-eyed, billionaire owner will have a secretary summarize Sam’s screed, plaintively rub his chin, and think, “Yeah, the Sixers screwed the pooch, but with just a little tweaking….”