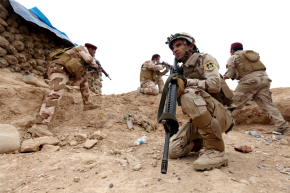 Signs Of Trouble Lurk Along The Road To Mosul

Can U.S. troops and Iraqi forces avoid disaster as they seek to retake Mosul from ISIS? 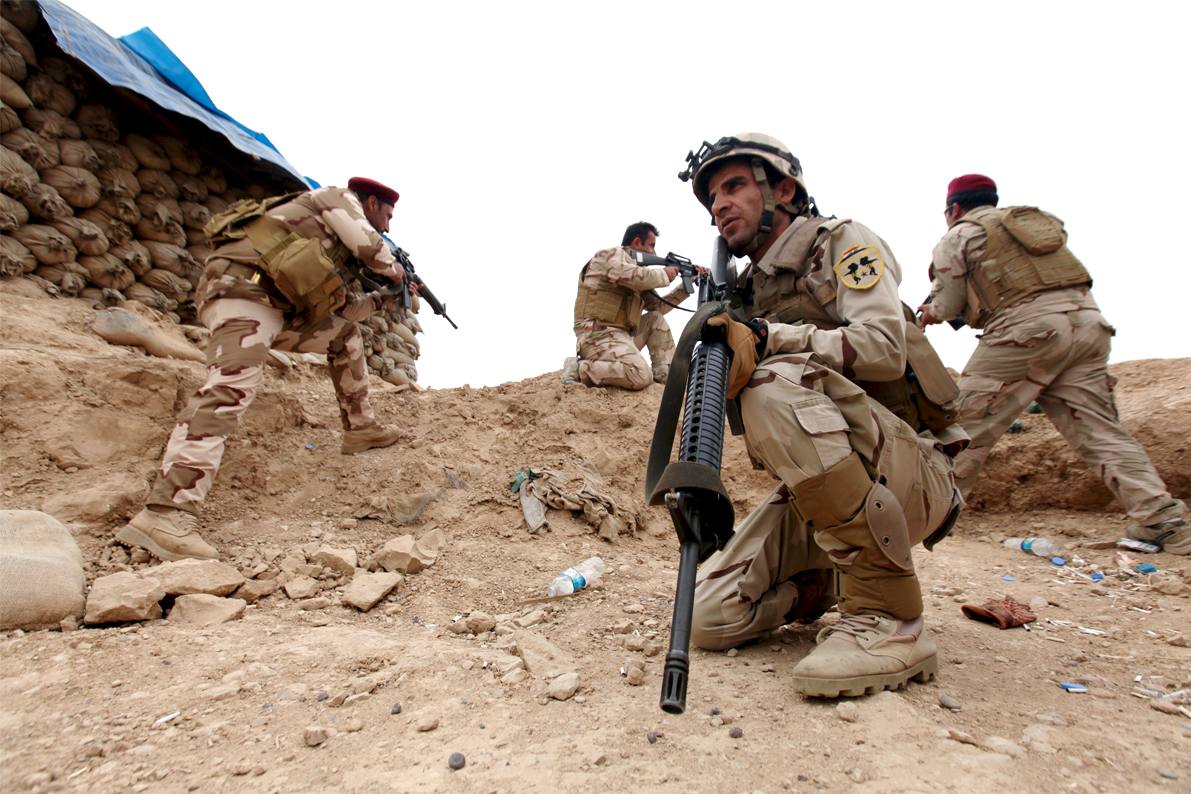 Iraqi soldiers gather during a military operation south of Mo — Reuters
By Shane Dixon Kavanaugh
Apr 07, 2016 at 9:33 AM ET

The trouble in northern Iraq started last month with the death of a U.S. Marine at the hands of Islamic State militants. Next came news of Iraqi troops fleeing their posts while under fire from the terror group. On Wednesday, the push to recapture Mosul from ISIS hit its latest snag: Iraqi forces announced they were putting the offensive on pause.

Touted as the largest and most important fight yet against the Sunni militant group, the long-awaited operation to drive the Islamic State from Iraq’s second-largest city is off to shaky start. Repeated stumbles and setbacks offer a glimpse of the potential perils and pitfalls that could plague Iraqi troops and their U.S. backers in the weeks and months ahead.

For both, the stakes are incredibly high. Mosul has served as the heart and soul of ISIS in Iraq since the terror group took it over in June of 2014. For the Iraqi government, dealing a crushing blow to ISIS there would offer proof that it can restore security to a country that remains on the verge of collapse. And for the Obama administration, a victory in Mosul would validate a strategy against the militant group that has been routinely hammered by critics.

But there’s still a long way to go before that happens.

“Do I think it’s going to be easy? No,” Maj. Gen. Richard Clarke, the commander of American land forces in Iraq, told reporters in March in reference to the looming offensive. “It’s going to be tough.”

Americans got a taste of this when members of a U.S. Marine artillery unit came under ISIS rocket fire at a base near Makhmour, 75 miles south of Mosul, on March 19. One of the men, Staff Sgt. Louis Cardin was killed in the attack, becoming only the second American soldier to die in combat in Iraq since 2014. Another eight Marines were injured. The men were providing force protection for coalition military advisers in the region, a deployment that became public only after Cardin’s death.

In recent months, the Pentagon has repeatedly downplayed the role that U.S. troops are playing in the campaign against ISIS, even as their mission in Iraq quietly expands and their numbers grow. For many, the news of Cardin’s death was the first real indicator that American soldiers were being sent into harm’s way, raising the possibility that more U.S. troops could be sent home from Iraq in caskets.

“The question that remains unanswered for many is, ‘Who the hell do we have over there now? And what are we doing?'” David Johnson, a military expert and retired Army colonel, told Vocativ. “It inevitably surprises Americans that a Marine got killed when we said we weren’t going to have boots on the ground.”

Meanwhile, the Iraqi forces leading the fight in Mosul, and who have been armed and trained by the U.S. to the tune of more than $2.3 billion, continue to falter. Within days of officially launching its offensive on March 24, the Iraqi Army was bogged down and buckling under intense pressure from the militant group.

What was intended to be a relatively simple mission of clearing out villages held by Islamic State fighters near Makhmour quickly turned into a slog. Iraqi troops were dodging booby traps, sniper fire and ISIS suicide bombers. Despite the support of heavy U.S. airstrikes, a handful of soldiers even deserted their posts, according to two separate reports filed during the conflict.

At the same time, accusations began to surface that the predominately Shiite Iraqi army units had burned and looted the homes of Sunni villagers, shot livestock and fired indiscriminately at civilians. Social media accounts affiliated with the Iraqi security forces and Shiite militias fighting ISIS began to fill with grisly images and video showing them purportedly executing enemies, Vocativ discovered.

More Will ISIS Ever Run Out Of Suicide Bombers?

“The Iraqi army came to take their revenge on us because of our ethnicity,” Sheikh Ahmed Khalaf Hamid, a Sunni villager, told a reporter with USA Today.

After almost two weeks, Iraqi forces managed to recapture only three villages from the Islamic State in the Makhmour area, which analysts say may cast renewed doubt about the Iraqi Army’s capabilities. On Wednesday, Major General Najm Abdullah al-Jubbouri, the leader of the Iraqi offensive, said he was putting the military campaign on hold until more forces arrived. It was not immediately clear how long that would be.

Despite the ongoing setbacks, the U.S.-led coalition and some analysts remain optimistic and maintain that the offensive is unfolding according to plan. “We feel confident that with the support of the coalition, that Iraqi forces will have the capability to take Mosul, ultimately,” Pentagon spokesman Peter Cook told reporters last week.

On Wednesday, the Pentagon announced that it may soon open additional U.S. bases in Iraq, which would draw American forces further into a conflict they’re not supposed to be fighting.