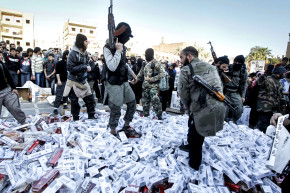 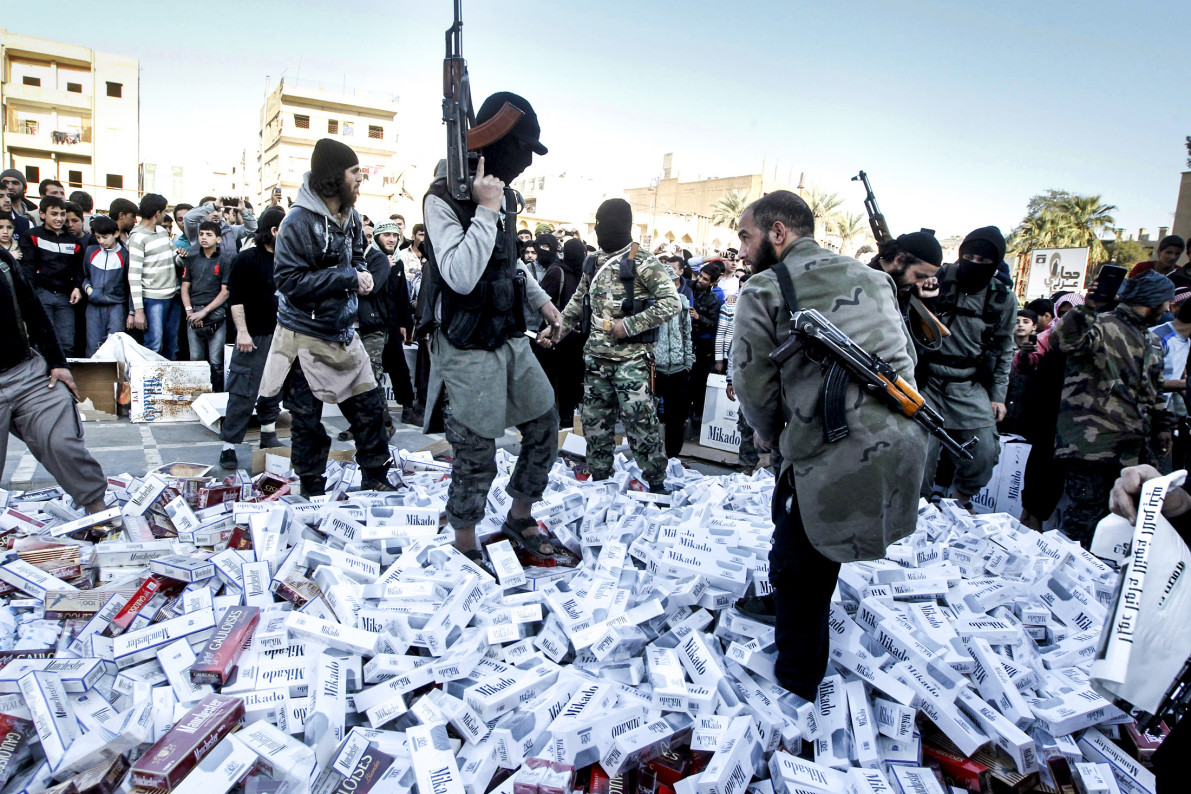 ISIS militants hold their weapons as they stand on cigarettes — REUTERS
By Shane Dixon Kavanaugh
Apr 06, 2016 at 12:46 PM ET

Cigarette smokers busted by the Islamic State are being forced to pay a premium price for their unholy habit—two grams of 24 karat gold.

Those caught puffing on a butt or with a pack of smokes in areas controlled by the Sunni extremists in Syria must fork over the hefty fine—equal to roughly $78—according to newly leaked ISIS documents.

More ISIS Cracks Down On Drugs, Cigarettes And Musical Instruments

“On the consideration that smoking harms general health and destroys it, it is among the evil things, and the evil things are forbidden according to the text of the Noble Qur’an,” reads the notice, which was translated and published by Aymenn Jawad al-Tamimi on Wednesday. Al-Tamimi is an ISIS expert with a network of sources in Syria who regularly obtains official Islamic Sate records and notices, which he then shares online.

Implementing a strict version of Islamic law, the terror group has long frowned upon smoking and other vices. Propaganda published in the past by ISIS show the militants cracking down on hookah factories, burning piles of cigarette cartons and flogging cigarette smugglers. Last year, a Los Angeles Times report suggested that ISIS may have gone so far as to behead one of its officials in public because he was a secret smoker.

That ISIS is now looking to impose fines on those who smoke may underscore what many see as looming financial crisis for the terror group, al-Tamini told Vocativ. For months, ISIS has been in the throes of a severe cash crunch as it faces mounting military and economic pressure across Syria and Iraq. Vocativ reported in January that ISIS leaders were forced to cut fighters’ salaries by half.

Since then, Syrian and Iraqi forces have continued to recapture towns and villages that the militants had once used to tax and extort. At the same time, punishing airstrikes by U.S. warplanes have crippled ISIS oil reserves and destroyed facilities that contained millions of dollars in cash, according to military officials.

ISIS has apparently responded by squeezing every last dollar—or gram of gold—from the people it can control. “Their punishments are getting stricter,” al-Tamini said. “And they’re probably revenue-related.”