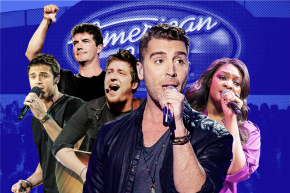 The Slow, Painful Death Of American Idol
By Allee Manning

Things are certainly not ending on a high note 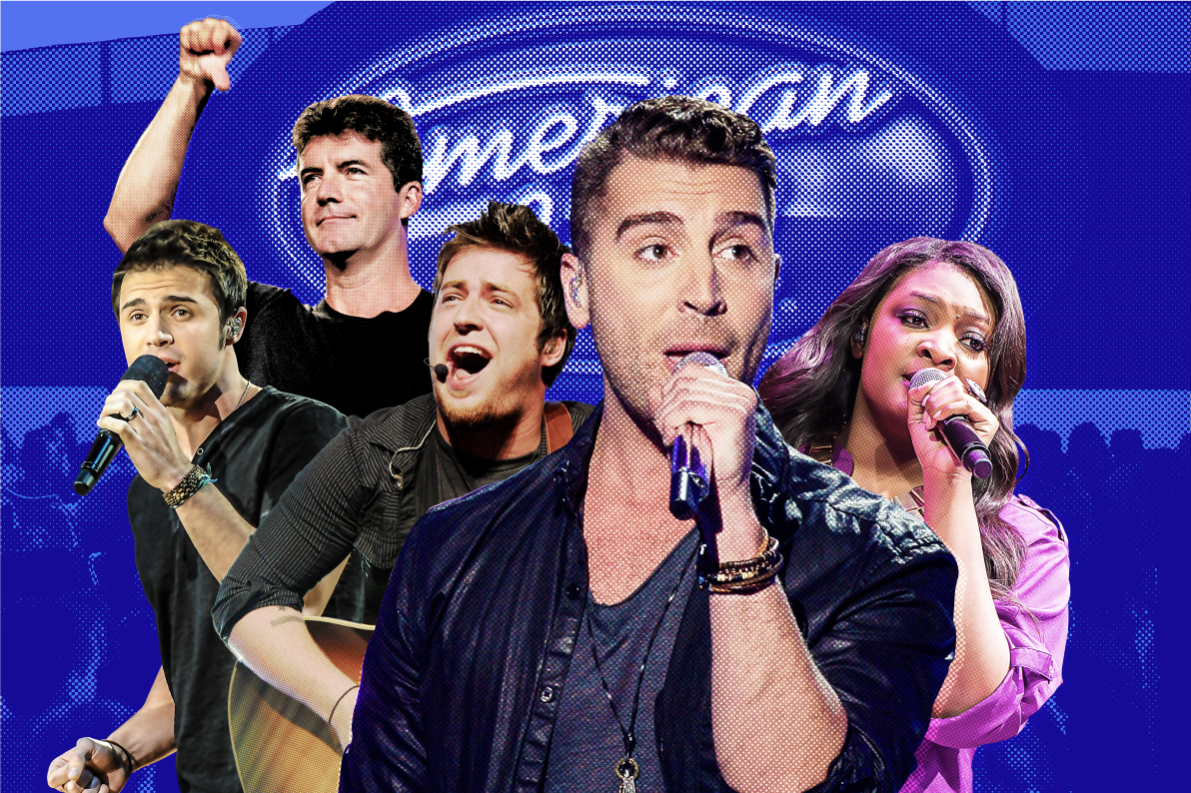 In the 15 seasons since American Idol debuted on FOX, the show has been in a constant state of evolution. Celebrity judges have come and gone, Coca-Cola’s once omnipresent sponsorship has vanished, and Ryan Seacrest’s teeth have become suspiciously whiter. But most significantly,  most Americans have stopped caring about the show altogether.

On Thursday night, confetti will fall on the final American Idol winner (who will most likely be weeping), mercifully ending the downward spiral of what was once the most-watched television show in the country. U.S. viewers reached peak Idol mania in 2003 when over 38.1 million people tuned in to watch Ruben Studdard beat Clay Aiken for the season two finale. (On the whole, season five was the most successful, roping in an average of 30.6 million viewers.)

This season, Nielsen reports that the average number of viewers hovers around 9 million, meaning that American Idol isn’t even the most-watched singing competition on TV. And, for the first time, the show’s season finale will not be followed by the finalists touring the country. Unsurprisingly, Google Trends indicates there was less interest in the show last season than any season prior.

Adding insult to injury, Nielsen reports that in the last two seasons, the show has also hit its low point with the 18-49 demographic—the most coveted of them all in TV land—with averages of 2.6 million and 2.8 million viewers respectively. (Compare this to Season Five’s peak of 16.3 million viewers in the 18-49 group.)

But it’s easy to see how American Idol fandom has dropped off, with the rise of YouTube becoming a realm for discovering musical talent, and copycat shows like The Voice and The X Factor putting their own gimmicky spin on the format.

The talent, by most standards, also isn’t what it used to be. According to E-Score, a consumer research firm, Carrie Underwood and Kelly Clarkson were deemed the most “talented” singers of all the Idol winners. Of the past three winners, the highest ranking went to Nick Fradiani (who?), with only slightly more than half of survey respondents considering him talented. Underwood and Clarkson—both household names with double platinum albums—were deemed talented by 64 and 63 percent of respondents, respectively.

While Phillip Phillips and Scott McCreery have been able to avoid what has been deemed the “American Idol curse” of major mainstream failure, Billboard charts show that Idol stars have seen an undeniable descent from the glory days of Miss Independent.

All in all, watching American Idol‘s slow descent has been painful. Or at least we think it has been… (To be honest, we, like most people, stopped watching long ago.)