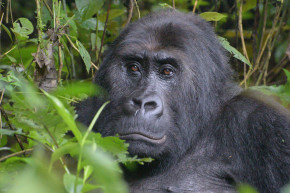 World’s Largest Gorillas Are Another Victim Of War 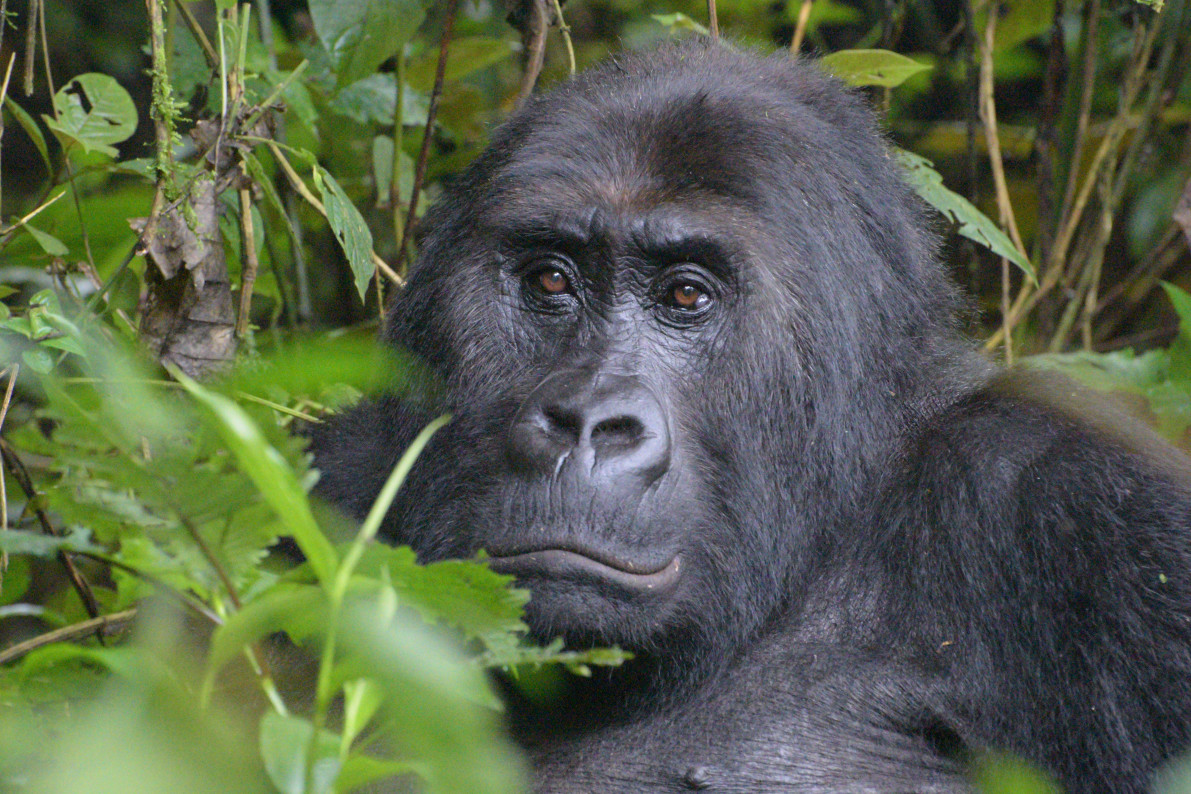 The numbers of the world’s largest primate, a gorilla subspecies only found in the eastern Democratic Republic of Congo, have declined by 77 percent over the last twenty years—and the primary culprit is war.

In 1995, there were thought to be 17,000 Grauer’s gorillas in the wild. Today, only 3,800 remain in the wild, according to a report published this week by the Wildlife Conservation Society and Flora & Fauna International. Male Grauer’s gorillas stand over five feet six inches tall and weigh around 360 pounds on average, making them the largest primates on earth.

The gorilla’s population has in part plummeted due to past civil unrest in the region. In the aftermath of the Rwandan genocide in 1994, refugees entered DRC’s porous border and began that country’s sustained civil conflict that would eventually claim 5 million lives until ceasing in 2003. According to the report, “the entire range of Grauer’s gorillas has been consumed in conflict” since 1996, the year the DRC civil war began, and insecurity, deforestation and the illegal trade of bushmeat have greatly impacted Grauer’s gorillas, as well as other wildlife in DRC.

The present expansion of mining for coltan, used in mobile phones and other popular electronics, and other minerals within the population’s range has also been a key contributor to the subspecies’ decline: The animal’s huge size makes them an attractive target for miners in remote mining locations, who are still kill the gorillas for food.

In order to buck this trend, the authors of the study have called on authorities to “legally gazette” the boundaries for the Itombwe Natural Reserve and Punia Gorilla Reserve, tackle mining in protected areas of the country and disarm local militias operating in and around such areas. The authors also want to raise the gorilla’s status to “critically endangered” on the International Union for the Conservation of Nature (IUCN)’s list of Threatened Species; it is currently listed as “endangered.”

“As one of our closest living relatives, we have a duty to protect this gorilla from extinction,” said study co-author Stuart Nixon in a statement. “Unless greater investment and effort is made, we face the very real threat that this incredible primate will disappear from many parts of its range in the next five years.”