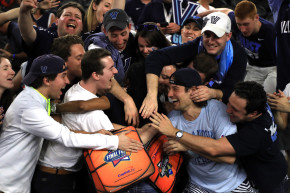 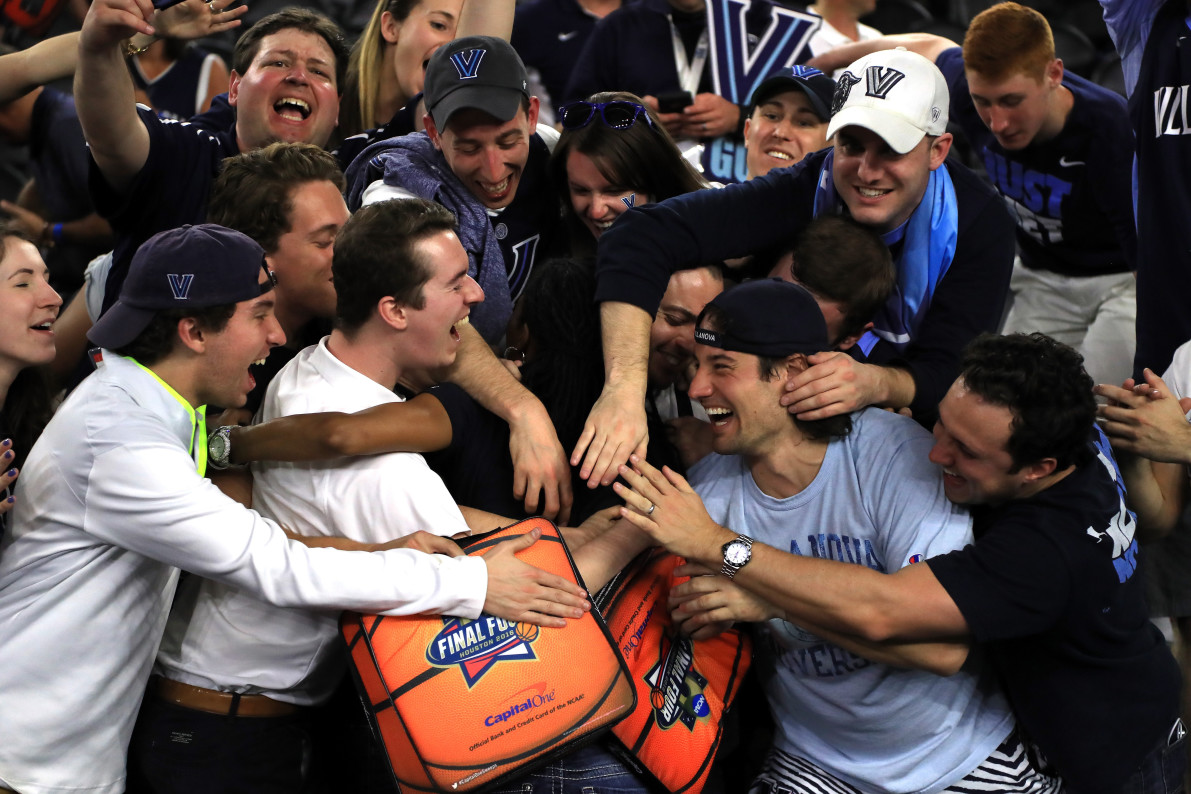 The presence of privilege is the absence of consequences — Getty Images
By Jeff Andrews
Apr 05, 2016 at 2:25 PM ET

For Villanova fans, the final 10 minutes of the NCAA title game were as tense a period of sports fandom as one can endure. They watched as North Carolina slowly chipped away at Villanova’s sizable lead, with Marcus Paige’s off-balance 3-pointer tying the game. The clock showed mere seconds left and evoked an overwhelming sense of dread that the Wildcats were about choke away a national championship.

So when Kris Jenkins’ long-distance 3-pointer splashed through the net at the buzzer to give Villanova its first title since 1985, the dread instantly transformed into elation. For Villanova students watching on campus, this sudden turn of emotion could only be expressed in one way—by tipping over cars, assaulting police horses, and lighting shit on fire!

Yes, once again, sports fans have responded to winning a title by rioting through the streets of their city, an occurrence that’s become so commonplace that it’s either expected, almost tolerated, or, by some people, celebrated.

Without the slightest fear of being arrested, Villanova students even posted pictures of themselves participating in the riots on Instagram, and did so using a photographic aesthetic that seems to suggest rioting after a game is as much a part of the college experience as sexual experimentation or establishing a political identity.

Vocativ used its deep web technology to gather reaction from Twitter to the game and found the tone to be downright jovial when discussing the possibility of students destroying property and assaulting each other. While these comments were made in jest, there’s a clear lack of concern for the safety and well-being of all involved.

If you don't riot and destroy property after your team wins a championship you're not really a fan. #NationalChampionship

There were pictures on Instagram of police using teargas to breakup the party, but most indications from the deep web are that police took a relatively hands-off approach to the riots. Villanova students even upvoted a comment on Yik Yak applauding the laissez-faire approach law enforcement took during the riot.

This contrasts dramatically to the way we process, police, and discuss riots sparked by, say, law enforcement systematically suppressing the black population. There was no CNN crew rolling through the riots gawking at people like they were zoo animals. Don Lemon was not there to report that “of course” marijuana was being smoked. Fox News did not hold a round table this morning condemning the riots using coded racial language.

This was not lost on everyone.