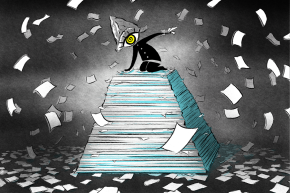 The Most Bonkers Panama Papers Conspiracy Theories
By Jennings Brown 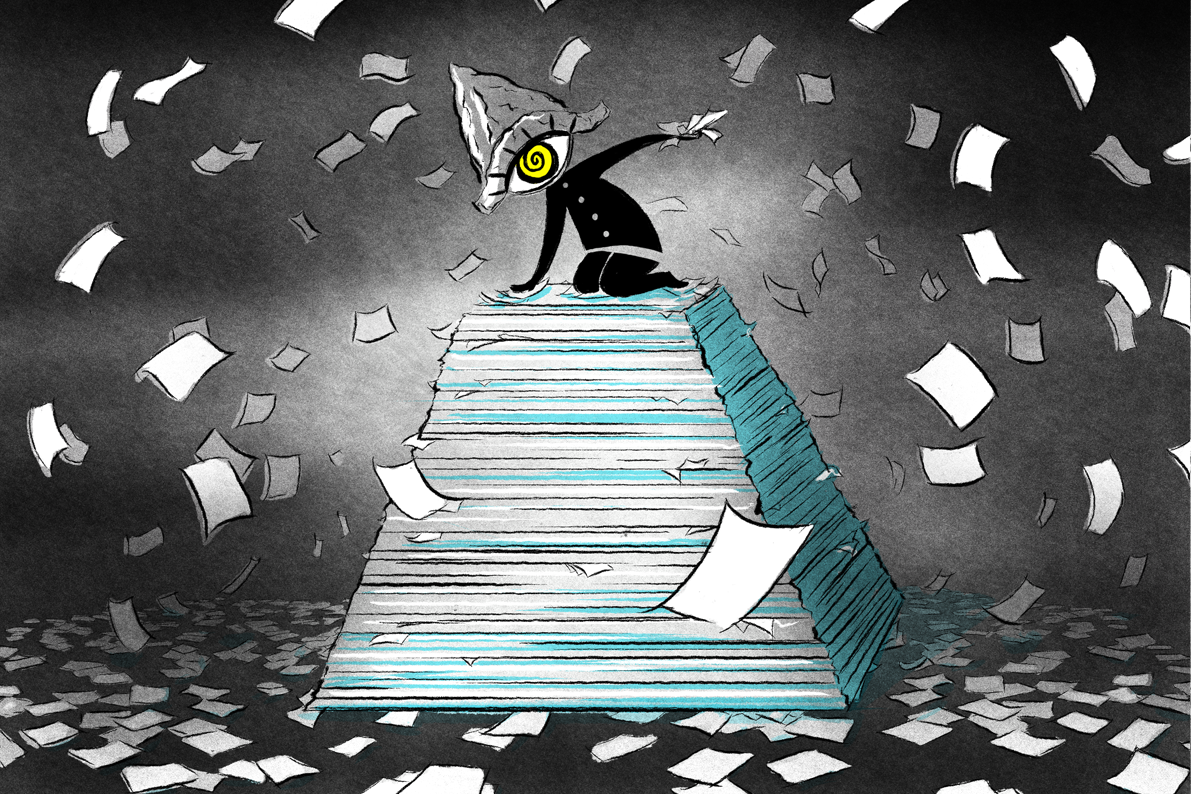 In the days following the first release of a massive whistleblowing operation that has already exposed global leaders, kings and Jackie Chan, the most popular conspiracy theory forums are exploding with chatter. But as the Panama Papers begin to topple the “global elite” whom many of these armchair activists think are plotting to create a “New World Order” that enslaves the masses, the skeptics aren’t rejoicing. Actually, most just think this is all a part of a deeply sinister master plan.

The Reddit channel r/Conspiracy consists of 345,915 “free thinkers” who fill the forum with wild theories ranging from U.S. politicians performing human sacrifices to Edward Snowden revealing that aliens live under the Earth’s crust. But over the last 48 hours, the majority of the top posts have been about the Panama Papers—11.5 million leaked files from the Panama-based law firm Mossack Fonseca that reveal clients with shell companies in tax havens.

One seemingly relieved redditor stood out from the rest due to his or her optimism. Duliticolaparadoxa shared a short screed celebrating the leak. “The Panama papers is it. It is the proof of the conspiracy to which all other conspiracies follow. It is the uncovering of the global system used by the economic elite across the planet to fund and profit from the worst of humanity,” Duliticolaparadoxa wrote. “This is how terrorist networks get arms, this is how death squads and puppet dictators are kept in power, this is why we produce more food than we could ever eat, yet are unable to distribute it to over a billion malnourished and starving humans.”

To which a small chorus of dissenters responded, Nope.

“Not even remotely close. It’s a psy-op authored by George Soros, for fuck’s sake,” Assurrance_Fraud commented.

“Don’t get excited. This leak has been manufactured,” kraftwerkd added.

Within the thousands of Panama Papers-related posts and comments that have consumed r/Conspiracy over the last few days, the majority of the statements assert that this leak is only one part of a larger strategy. Here are the main themes guiding the conspiracy narrative.

1. This is an attack on enemies of Western capitalism

Most of the top Panama Paper stories on r/Conspiracy point to the connection between the International Consortium of Investigative Journalists (ICIJ) and Western businesses. The ICIJ is organized by the Center of Public Integrity, which is funded by several influential U.S. think thanks and organizations, like the Carnegie Endowment, Rockefeller Family Fund and Open Society Foundations, which is founded by major progressive political donor George Soros. The article asserts that this is why the Panama leaks only exposes “enemies of the west.” Another redditor thought it was odd that no one associated with Soros is on the list, even though he is connected to many figures who, the redditor assumes, must use offshore tax evasion methods. Several other r/Conspiracy posts also point to Soros’ connection to the ICIJ.

It is true that most the leaks made public so far are linked to countries like Russia, Syria and Iceland, but Stefan Plöchinger, editor of Süddeutsche Zeitung, the main newspaper involved in the investigation, has responded to this peculiarity.

No U.S. individuals in #PanamaPapers? "Just wait for what's coming next…," says editor of @SZ which got the leak https://t.co/tClDRsomHY

2. Panama Papers are a distraction from the U.S. election

Redditor catsandnarwahls suggested that the Panama Papers leak is an effort to distract from the Hilary Clinton email scandal, to which one commenter responded, “Do you have any idea at all how bat shit crazy you sound?” But others agreed with the theory, pointing out the above-mentioned Soros connection, as Soros is a major funder of Clinton’s campaign. Another redditor suggested this was planned by Soros to “bring down Donald Trump.”

3. This is a strategic leak

The most common theme among all the threads is skepticism. And of course, that would make sense in a forum filled with hundreds of thousands of skeptics. Many such free-thinkers were hesitant to single-out any one theory, but just wanted others to be aware that they should distrust the Panama Papers. “As for what this ‘leak’ is meant to distract us from. It could be anything, I don’t think that matters as much at what it’s supposed to do,” wanab3 wrote. “This leak is meant to splinter the greater conspiracy theory community. Anyone who has recently ‘opened their eyes’ may fall victim to this misdirection.”

4. Brace yourself for a staged terrorist attack

Many conspiracy theorists do think this leak is legitimate, but they think the “global elite” will soon create a massive distraction. One popular post on r/Conspiracy by chugs1984 contends that intelligence agencies within the affected countries will orchestrate “a good ole terrorist attack on a major western city,” and suggested that “some sleep[e]r cell is being activated right now and we’ll see something major within the next 12-24 hrs.”

One faction was far more pessimistic in their outlook, assuming that this historic “tactical” leak coming at the heels of other major events (like the production of controversial Vaxxed documentary (?!)) meant that the “end of the story” is fast approaching.

It’s a fragile world we live in.