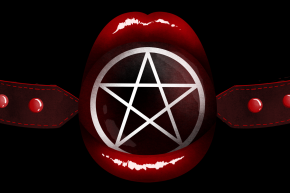 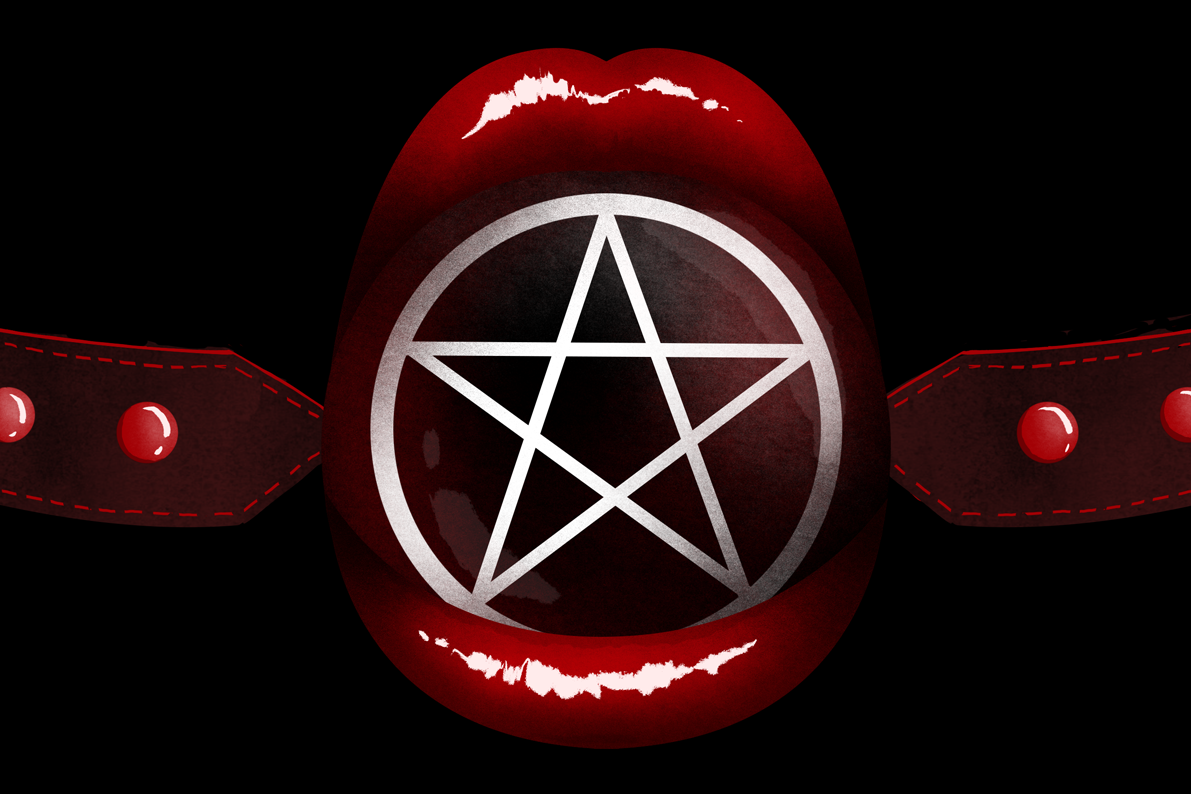 “We welcome sexuality as yet another experience not to be ashamed of.” — Linda Spencer

There are people who view Paganism’s sex rituals and sexual initiations—like Gardner’s Great Rite, which can involve nudity, scourging and semi-public heterosexual intercourse—as questionable and potentially resulting in abuses of power. As such, consent and ethics in Pagan communities are heavily discussed, not merely in relation to BDSM but more broadly—this year’s PantheaCon also offered workshops like “Creating Culture of Consent: Sacred Sexuality.” Generally, Paganism is more sex-positive compared to most mainstream religions, with its welcoming attitudes about sexual diversity, inclusion and the belief that magic is inherently sexual. As Spencer, the workshop leader, put it, “We welcome sexuality as yet another experience not to be ashamed of.”

“Kink also does something that many Pagans value: It lets you go on a journey.” — Dr. Carol Queen

When looking back at her former life as a sex worker, Dr. Carol Queen—a sexologist, Pagan and author of several books, including The Sex and Pleasure Book with Shar Rednour—said that the concept of sacred kink has been significant to her. “Modern Goddess spirituality,” a spiritual practice that takes the feminine as its higher power, “makes the argument that some sex workers of yore were priestesses who ‘showed the face of the Goddess’ to men for money,” she said. This evolved into the “sacred whore” archetype, which holds that sex, including sex for money, can take the form of spiritual enlightenment.

Queen also noted that while kinksters and Pagans don’t always overlap, they do have much in common. “Both groups might understand themselves as building an alternative community outside of mainstream norms,” she said. “Kink also does something that many Pagans value: It lets you go on a journey.”

For Spencer, this journey is both a cathartic and spiritual and occurs “at the insistence of pain” with her partner, which she likens to aspects of certain Native American rituals, such as a vision quest. “I don’t know necessarily that he views it like that, but he does seem to feel moved to make me have emotional experiences … I am in control of so many things in my day to day life that my need to let go and have someone else take control, even if it is for a little while, is extremely freeing for me.”

Spencer stresses that play with her partner is always loving and attentive, and progresses from gentle spanking or caning to more intense acts, as she moves through a range of emotions. “First, I’ll start happy and giddy. I will move into a type of defiance, usually laughing while I squirm. I then move into a process of experiencing the pain and trying to be in the moment, always voicing my likes and dislikes at what he is doing,” she says. “Next, I tend to move into a very quiet acceptance of what is happening …  At some point, I completely lose all composure.” For the two, these acts are ritualistic and intense: “These experiences are transformative, if we both allow them to be, and it is beautiful.”

Pagans also tend to be more accepting of same-sex relationships, body positivity, polyamory, transgender rights and other expressions of gender and sexuality that are sometimes marginalized. Accordingly, sexual minorities of all stripes have ﬂocked to the movement. This isn’t to say that Pagan communities are without their share of homophobia, sexism or transphobia, but diversity and inclusion are what many Pagans strive for. In a 2011 PantheaCon controversy, for instance, transwomen were purportedly excluded from a women-only ritual. This led to a formal talk about gender discrimination at the Con as well as months of discussions and blog posts.

“Paganism and the community they find within it become very healing and significant because sex is so honored within Pagan thought.”