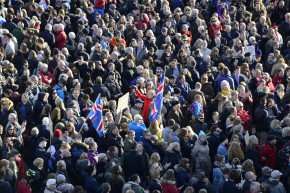 Why Iceland Is So Furious About The Panama Papers

Tens of thousands of protesters descended on the capital Monday, calling for the prime minister to resign 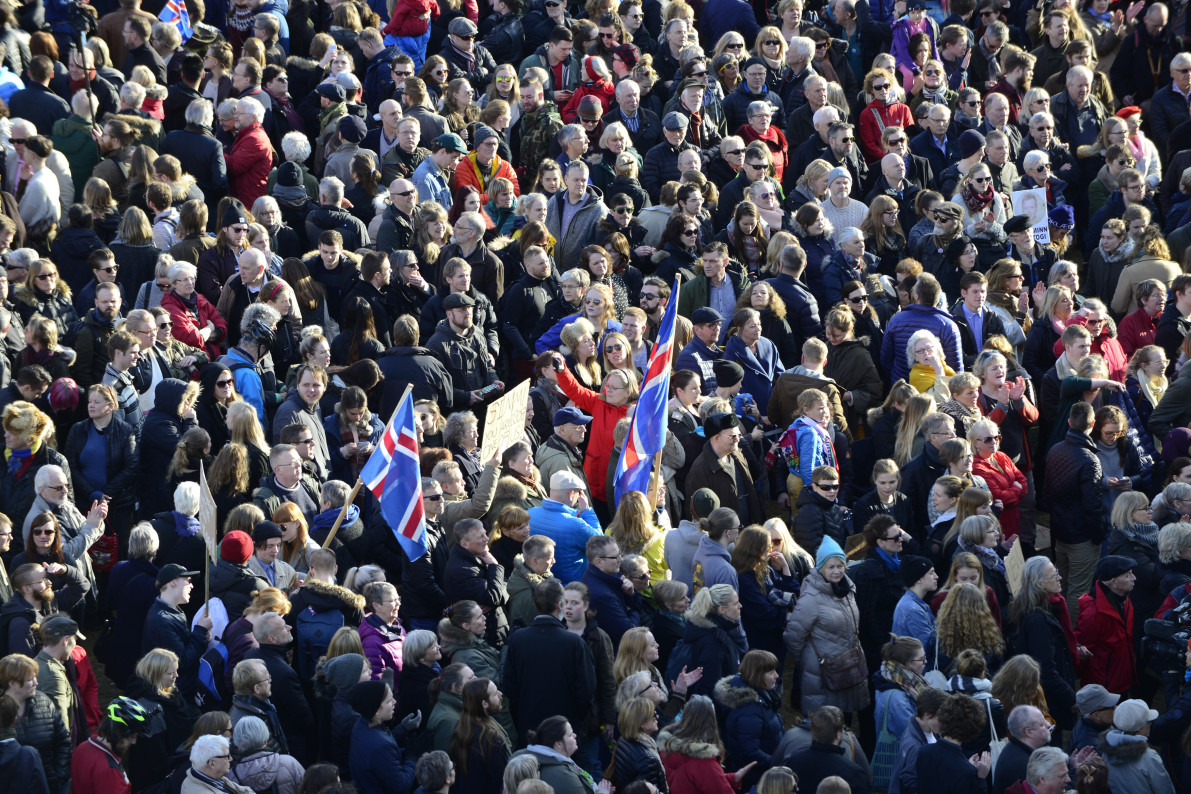 Waves of protesters in Iceland took to the streets on Monday to rail against the government and call for the resignation of the country’s prime minister amid accusations that he and his wife stashed millions of dollars in secretive offshore accounts.

Prime Minister Sigmundur David Gunnlaugsson is among a handful of political leaders identified in the Panama Papers, a massive document leak that purportedly shows how scores of the world’s rich and the powerful used a Panama-based law firm to hide billions in assets through tax havens and shell companies. The International Consortium of Investigative Journalists shared the leak’s findings on Sunday.

More The Shocking Panama Papers: By The Numbers

News of 11.5 million-page leak—along with the growing number of elites it implicates—took the world by storm on Sunday night, garnering international headlines and consuming social media. But no other country reacted with such outrage to the revelations contained within the Panama Papers as this tiny island of 300,000 inhabitants.

As many as 22,000 people had descended on Iceland’s parliament in Reykjavik by Monday night. The protestors beat drums, hurled Icelandic yogurt and pounded on a makeshift wall erected around the legislature. They called for snap elections and demanded that Gunnlaugsson step down. The prime minister may soon face a no-confidence vote in parliament as well.

“I’m here to show the authorities my disrespect,” protestor Aslaug Marinosdottir told Bloomberg. “It is unacceptable that the people that govern the country and enact laws can’t seem to follow the rules of society they create themselves and want the public to follow.”

But Iceland’s righteous anger goes beyond the findings contained within the Panama Papers, which allege that Gunnlaugsson and his wife purchased an offshore company, Wintris Inc., to invest millions of dollars in inherited money. It also speaks to a deeper distrust that many in the country hold toward large financial institutions—and the politicians who they believe protect them.

The misgivings took root after Iceland’s three largest banks collapsed in 2008, bringing the country to its knees. The fallout triggered a crippling recession and brutal austerity measures. It also forced self-imposed currency restrictions that cut the country off from the flow of international capital.

Like now, Iceland’s economic crisis brought people into the streets. Waves of weekly demonstrations ultimately toppled Iceland’s right-leaning government and forced the head of the Central Bank and the director of the Financial Supervisory Authority to resign. Later, some of the country’s top bankers were charged with crimes such as insider trading and market manipulation and sentenced to prison.

The revelation of Gunnlaugsson’s offshore business dealings appear to have reignited that fervor. And for seemingly good reason. The leaked documents show Wintris, the shell company, had significant investments in the bonds of three major Icelandic banks that collapsed during the financial crisis, which have raised questions about the prime minister’s role in overseeing negotiations with the banks’ creditors.

“Gunnlaugsson’s government negotiated a deal with creditors last year without disclosing his family’s financial stake in the outcome,” an investigative report on the leaked documents claim.

Cue the hordes of protestors.

“People are boiling with anger here,” Stefan Olafsson, a professor in sociology at the University of Iceland, told the Financial Times. He added: “We’ve been doing reasonably well in recovering from the financial crisis. But the wounds have never fully healed and loss of trust in politicians and institutions has not been regained. The perception is that nothing has changed.”

Gunnlaugsson walked out of an interview on Monday after being asked about his company. Later, he declared live on television that he would not resign.