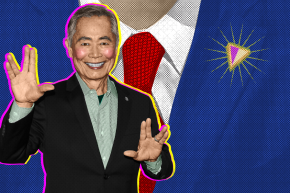 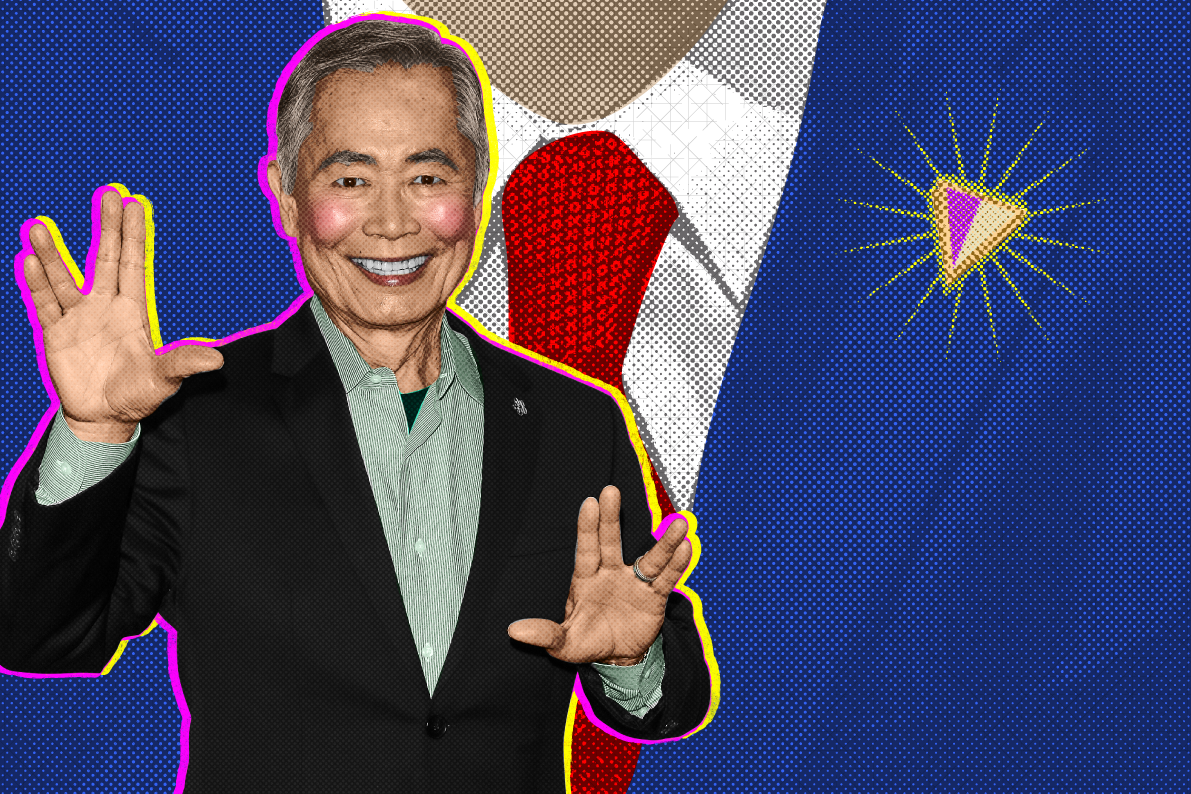 Two weeks ago, Vocativ posed a serious question: “Why does Donald Trump’s staff wear this mysterious pin?” We’d noticed an odd, triangle-shaped pin on the lapels of his campaign manager and others at a series of events over a course of several months, and so we decided to investigate. We furiously Googled, we spoke to experts in emblem studies, we asked the Trump folks themselves—all to no avail. Then LGBT geek icon and champion of dad jokes George Takei came along and helped us out.

In the five years since the “Star Trek” actor joined Facebook, Takei has become one of the most influential voices on social media thanks to his gay-rights activism, scifi fandom cult following and penchant for memes. Every day, Takei (and his ghost writers) use the platform to bring joy and spread awareness to his more than 9.6 million followers, but late last Saturday night, the account brought attention to one of the greatest mysteries of this presidential election.

Perhaps our story caught Takei’s attention because the emblem experts we interviewed suggested the pin was similar to both the Star Trek Ensign badge that Takei wore as Lieutenant Hikaru Sulu and the pink triangle that homosexual prisoners wore in Nazi concentration camps, which has since become a symbol of gay pride. For whatever reason, he shared the article with his millions of followers along with a terrible pun that served as a challenge: “This symbol’s meaning is tough to pin down.”

More than 2,000 people commented, providing a range of sinister theories. 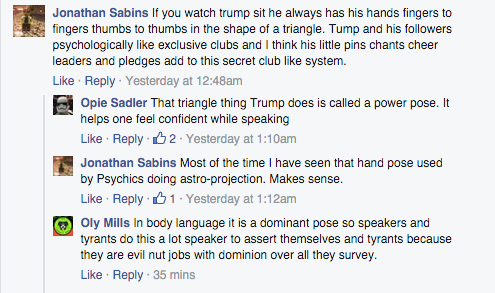 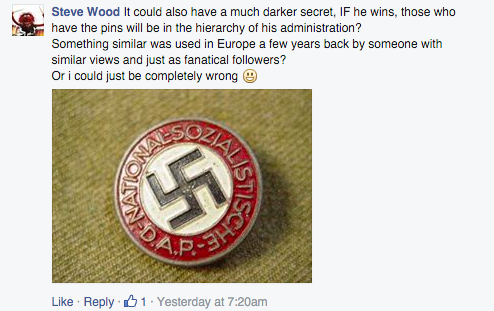 Fortunately, within Takei’s millions of followers, a few had expert insight on the pins’ true purpose. In the original post we included a theory that Huffington Post reporter Eliot Nelson tweeted—that the badges might help secret service identify Trump staffers. It looks like he was correct.

A Republican political operative with 25 years of experience with presidential campaigns—who we found thanks to Takei—told Vocativ that these pins give campaign staff access to secure areas. He said the campaigns have little to do with the design and that shapes and colors are changed periodically.

Below is an example of a Ben Carson aide wearing a pin after the January 28 Iowa debate. It’s similar to the upside-down triangle that Trump’s aides wear, but the colors are different. 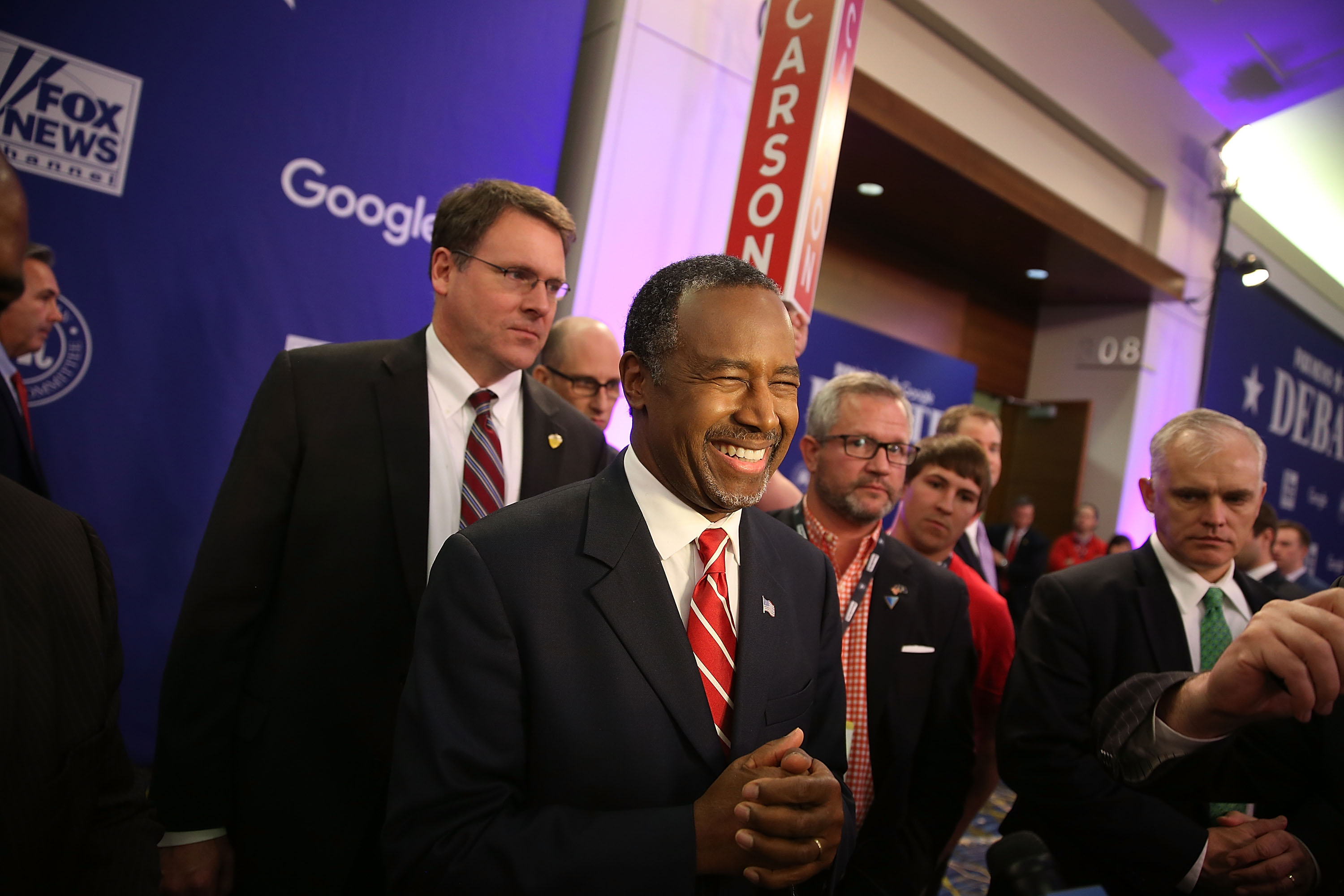 U.S. Secret Service spokesperson Kevin Dye confirmed to Vocativ that U.S.S.S. is responsible for the design and distribution of the pins to presidential candidates, but would not comment on the purpose of the pins since the organization can’t discuss the means or methods of protective operations.

So that’s that. As to whether the Secret Service was intentionally trolling Donald Trump by issuing his staff pins that that are reminiscent of gay pride logos, we may never know.