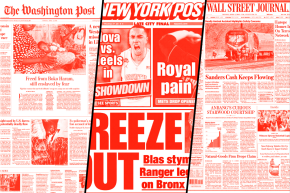 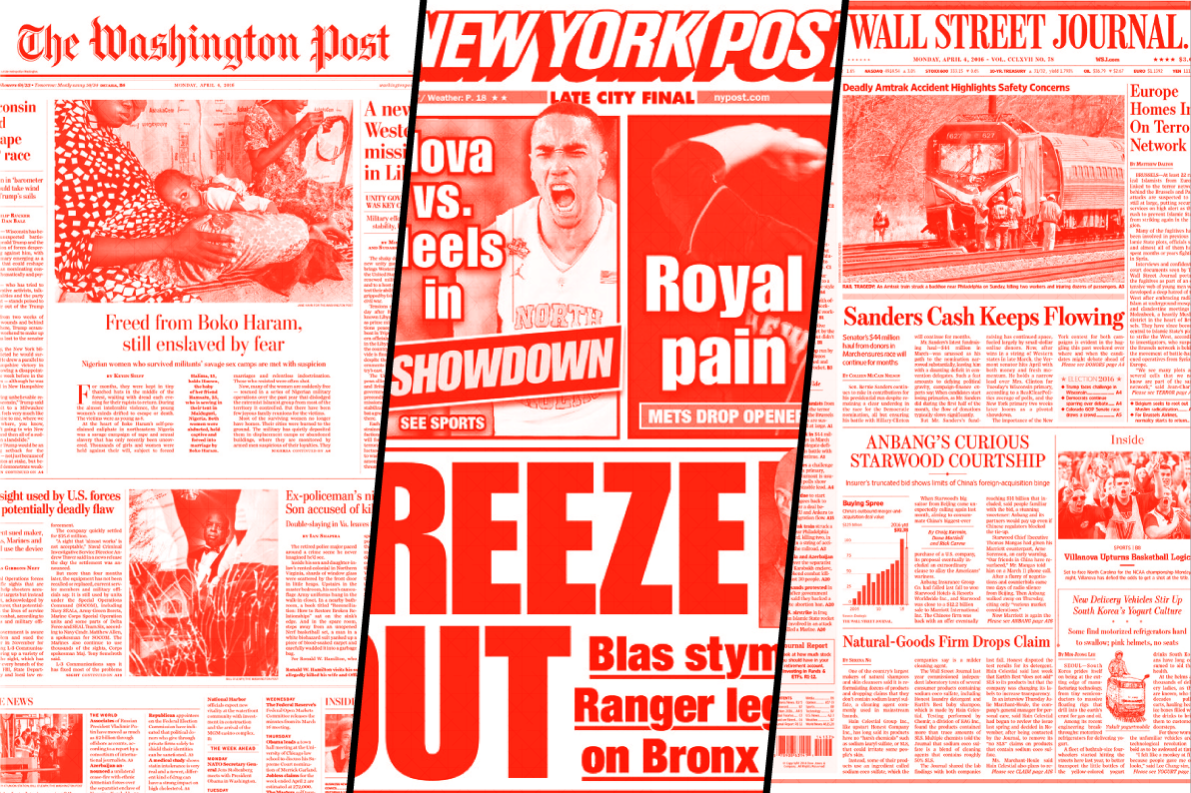 Eight out of 10 editors of North America’s most-read newspapers didn’t think the so-called Panama Papers were worth a spot on their front page Monday morning.

The Panama Papers is an investigation of 11.5 million files that describes how dozens of current and former world leaders, celebrities and billionaires have used shell companies and other offshore entities. It claims to reveal money trails leading to Russian president Vladimir Putin and Syrian president Bashar Assad. The 2.6 terabyte data dump is one of the biggest leaks in history, according to the International Consortium of Investigative Journalists, which published the investigation Sunday, and about 1,500 times larger than Wikileaks’ Cablegate release in 2010. It’s undeniably Monday morning’s biggest global news story.

Despite that, it failed to warrant a spot on the front page of the New York Times, The Wall Street Journal, the Chicago Tribune or the LA Times come Monday. We looked at 10 of the biggest newspapers by circulation in the U.S. today, and found that only two of those ran mentions of the Panama Papers on page one, and out of those, only a single paper gave the story a big chunk of its front page real estate.

USA Today, despite not being chosen by the ICIJ as one of its 109 media partners for the Panama Papers, splashed with the story on its front page Monday, with the headline: “Massive Leak Reveals Money Rings of Global Leaders.” The only other major paper to cover the story was The Washington Post, which placed the story below the fold, and in its easy-to-miss “in the news” section at the very bottom of the front page.

More The Shocking Panama Papers: By The Numbers

Many newspapers Vocativ considered chose instead to lead with stories concerning the presidential election and the ongoing battle in the Senate to deny Merrick B. Garland from taking the coveted empty seat in the Supreme Court. The New York Times covered both stories prominently. The Washington Post gave its top-right lead story to the U.S. military’s anti-ISIS expansion in Libya. It didn’t ignore other international news stories, featuring a report about Boko Haram survivors. Both the NYT and the Washington Post devoted column inches inside the paper to the story.

The NYT and the WP had stories this morning, they decided not to start them on P1. https://t.co/kY2UCyr6R1

The notable absence of Monday’s biggest story from most front pages wasn’t lost by social media users, with some questioning its absence. While none of the newspapers Vocativ analyzed had explained their editorial decisions by publication time, it’s worth noting that none were partners in the ICIJ’s investigation. The Washington Post and the New York Times were among the outlets which obtained documents from Edward Snowden’s NSA data leak trove. Organizations which were not part of the unprecedented consortium do not have access to the primary materials and thus would not be able to confirm any of the claims, which could make fact-checking difficult for them, and leave any organizations in that boat distinctly behind the curve.

You're saying the stories the NYT and WP put inside their A sections were not "prudent"? https://t.co/OaN6nCda18

Meanwhile, traffic to document-hosting site Documentcloud.org, used to host some portions of the data, was such that the site was inaccessible on Monday morning.