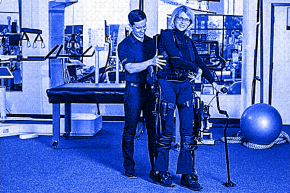 This Exoskeleton Could Help Stroke Victims Walk
By Joshua A. Krisch 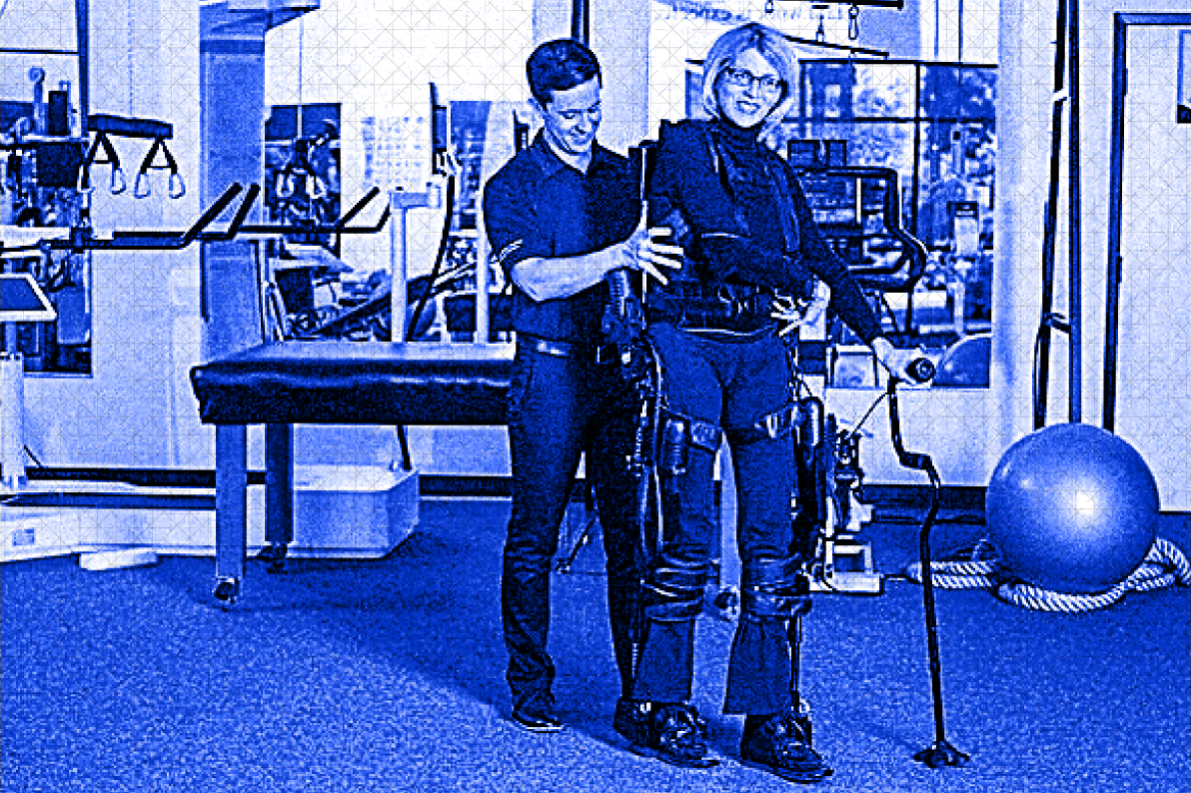 Ekso Bionics has just received clearance from the FDA to market a bionic exoskeleton for use in the treatment of stroke and spinal cord injuries, according to a press release from the robotics company. Although there are at least two other robotic exoskeletons already on the market, the Ekso GT is the first to receive explicit FDA approval for rehabilitating stroke patients—a major coup for the company.

More DARK NET: How Exoskeletons Are Rewriting The Rules Of Paralysis

Ekso is not the only robotic exoskeleton on the market. ReWalk and HAL, two other prominent exoskeletons that have already enjoyed their share of successes in the burgeoning bionics industry, even have some advantages over Ekso.

ReWalk, produced by Argo Medical Technologies, was actually the first exoskeleton to gain FDA approval, back in 2014. While the suits cost a prohibitive $70,000, they are already helping some paralyzed patients to walk again, with motion sensors and motorized joints that can detect and adjust to subtle changes in upper body movement. HAL, produced by Cyberdyne, is even more sophisticated, with sensors that attach to a patient’s skin and pick up the weak signals that the brain is sending to the unresponsive, paralyzed limbs.

But Ekso captured our hearts with the touching story of Mark Pollock, who became the first person with complete paralysis to actively work with a robotic device to walk again. Since Ekso includes a computer system that tracks motion while employing spinal stimulation, the device was able to collect data on Pollock’s movements as he began to actively assist the robot, flex his knee and raise his leg, all by his own power. And that’s the real hope for the future—baby steps toward an exoskeleton that could one day cure paralysis.

Ekso’s latest win, however, is FDA approval for treating stroke patients. Each year, an estimated 17 million people suffer a stroke for the first time and more than 60 percent of survivors are left unable to walk normally. This greatly increases their risk of falling and causing further injury, and severely decreases their quality of life. With FDA approval, Ekso will now be able to work its magic in rehabilitation facilities—training stroke survivors to walk again under their own power.

As with any major FDA approval, multiple field-tests were required to demonstrate that Ekso was safe and effective for rehabilitating stroke survivors. W. Zev Rymer, director of the Rehabilitation Institute of Chicago, was among the first to volunteer his organization to host the tests back in 2012.

“I congratulate Ekso Bionics for being the first exoskeleton to receive clearance for stroke,” Rymer said in a press statement. “We have seen the clinical value of the technology, and Ekso Bionic’s continued innovation now brings us the ability to provide this advanced technology to a broader patient population.”