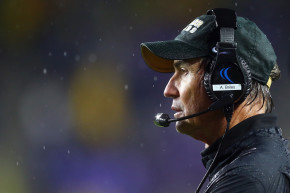 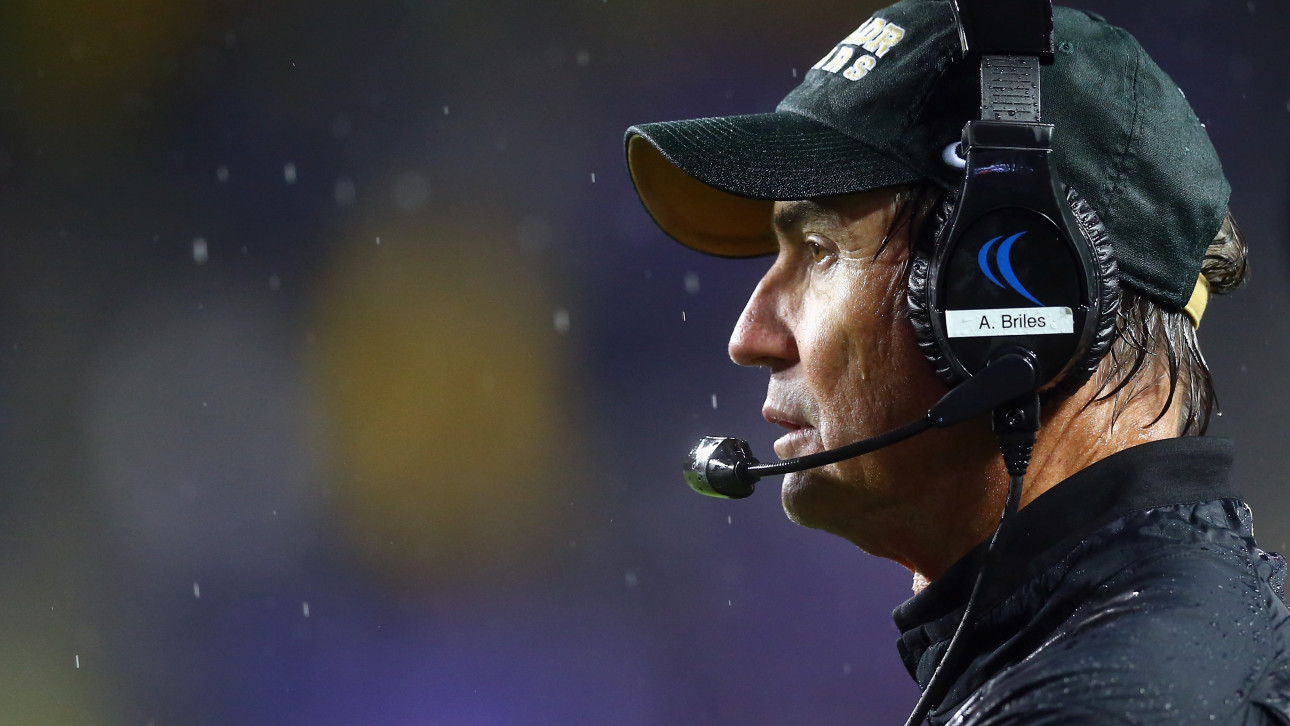 A Title IX lawsuit filed Wednesday by former Baylor University student Jasmin Hernandez alleges that, after she was raped by former defensive end Tevin Elliott, the university acted with callous indifference to her accusation, failing to “take any action whatsoever to investigate.”

The lawsuit, which Hernandez filed under her name, forgoing anonymity, also alleges that Baylor knew of up to five prior individuals that had accused Elliott of sexual assault, and that “Baylor officials have known about the larger problem of sexual assaults committed by student-athletes for several years.”

In 2014, Elliott was found guilty of sexually assaulting Hernandez and sentenced to “20 years in prison and a $10,000 fine.”

The allegations in Wednesday’s lawsuit include horrifying details of Hernandez’ rape, and paint a picture of the shrugging response by Baylor officials.

On April 15, 2012, Hernandez was at an off-campus party with a group of friends when, after being briefly separated, Elliot “grabbed her by the wrist and led her outside,” according to the lawsuit. Despite intensifying protests, Hernandez picked her “up over his shoulder and carried her behind a secluded shack on the property.”

There, the account continues, Elliott “pushed Hernandez up against an embankment, ripped off her pants and began to rape her. Hernandez managed to pull her pants back up, and in a daze, attempted to find her way back into the house. Instead, Elliott grabbed Hernandez again, pulled her pants back down and began raping her again. When he was finished, he allowed Hernandez to put her clothes back on and go.”

Hernandez says she informed her friends who “immediately drove Hernandez to the nearest hospital where a rape kit was performed.” There, “she gave her account of what happened to a Waco Police Department officer.”

The next day, she told her mother what happened, Hernandez’s mother flew to Waco, and went to the Baylor Counseling Center to both inform the University and request mental health services for her daughter. The Counseling Center allegedly told her “they were too busy.”

Next, Hernandez’s mother phoned the psychology department at Baylor’s Student Health Center to see if anyone there could help, but she was once again allegedly informed that “all counseling sessions were full, and they could not provide any services to Hernandez.”

Refusing to give up, Hernandez’s mother asked the Academic Services Department if there was anything that could be done about her course load, given that she was still dealing with the trauma of being raped. They refused, allegedly telling her that even “if a plane falls on your daughter, there’s nothing we can do to help you.”

The suit says Hernandez’s mother and father repeatedly tried to contact head coach Art Briles, and though they were told by a secretary that the “office had heard of the allegations and were looking into it,” Briles himself never responded.

The lawsuit also alleges that one of Elliott’s other victims, named “Jane Roe” in the document, was told by Baylor’s Chief Judicial Officer, Bethany McCraw, that she was the sixth woman to charge Elliott with sexual assault, and yet “there was nothing McCraw could do.” Furthermore, Baylor head coach Art Briles “was aware of the reports” regarding Elliott.

McCraw told Roe and her mother that there was nothing the school could do for Roe unless there was a court determination that Elliott had indeed raped Roe. Otherwise, McCraw said, it would come down to a “he said-she said” situation, and the school could not act on it.

Roe and her mother asked McCraw about filing for a restraining order. McCraw responded that all she could do was send a letter to Elliott informing him that he was not to come near Roe, and “then you kind of hope for the best.”

If this alleged pattern of indifference to sexual assault by Baylor athletes scans as familiar, it’s worth recalling the case of former Baylor defensive end Sam Ukwuachu, who was convicted in 2015 of the 2013 sexual assault of a Baylor soccer player. As reported by Texas Monthly, the investigation by the university, one that ultimately cleared him of blame, was limited to “reading text messages, looking at a polygraph test Ukwuachu had independently commissioned—which is rarely admissible in court—and contacting Ukwuachu, Doe, and one witness on behalf of each of them. Ukwuachu’s roommate, Peni Tagive, is the primary witness in his defense.”

Hernandez is one of the women mentioned in a January investigation by ESPN’s Outside the Lines, which laid bare the numerous ways in which the University “failed to follow federal rules in responding to allegations of sexual assaults against student athletes.” and “found several examples … in which school officials either failed to investigate, or adequately investigate, allegations of sexual violence.” ESPN writes:

In many cases, officials did not provide support to those who reported assaults. Moreover, it took Baylor more than three years to comply with a federal directive: In April 2011, the U.S. Department of Education sent a letter to all colleges and universities outlining their responsibilities under Title IX, including the need for each school to have a Title IX coordinator. Baylor didn’t hire a full-time coordinator until fall 2014.

“They didn’t just not respond; they responded by turning me away and telling me that it was not possible for me to receive help from them,” said Tanya.

“I think it’s a cultural problem in general,” Hernandez said in an interview on ESPN describing the school’s culture. “People aren’t really held responsible for their actions,” and the tendency within the University is “to victim-blame rather than hold the perpetrators responsible. “

Baylor University declined to respond to Hernandez’s lawsuit. “Individual incidents are deeply personal matters that do not benefit from our public statements,” Baylor spokeswoman Tonya Lewis said in a statement.

You can watch Hernandez’s press conference announcing the lawsuit here, and read the lawsuit in its entirety here.