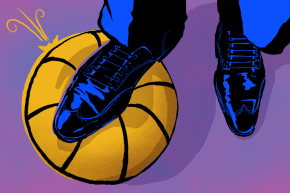 Daily Fantasy Sports’ Problems Are Worse Than We Thought 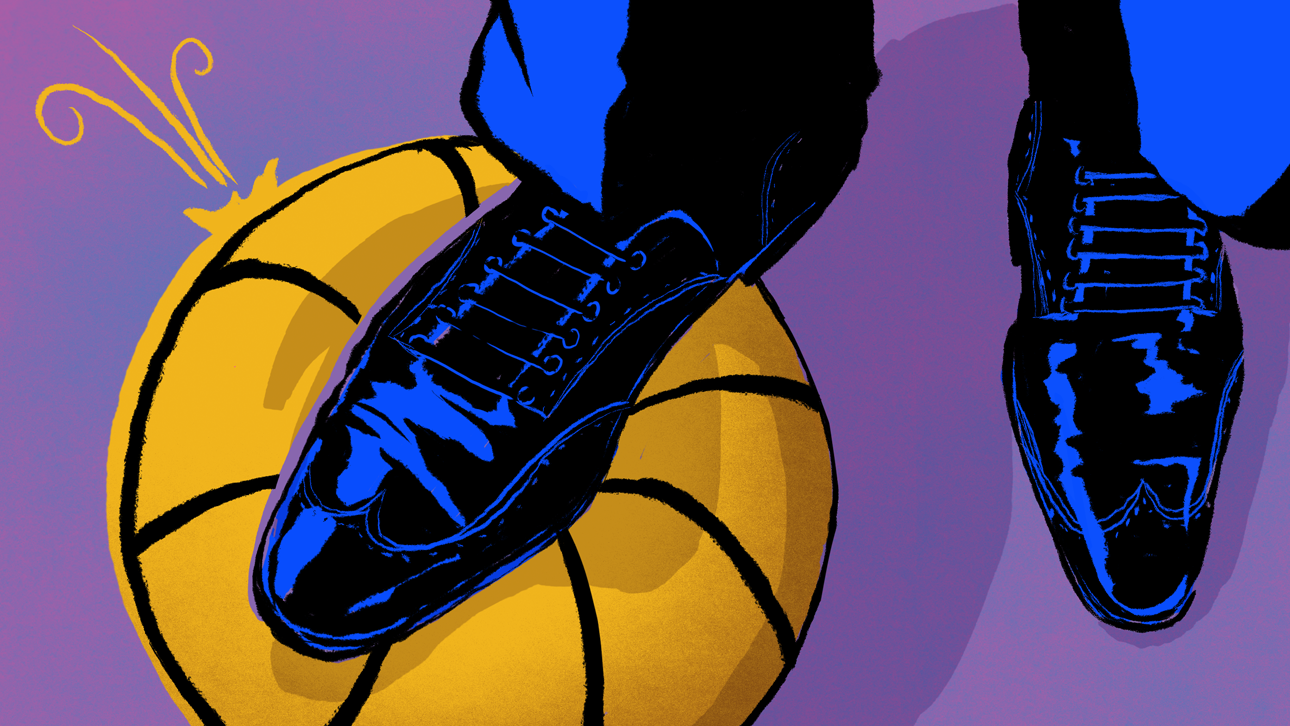 From the incessant television ads to the ubiquitous stadium signage to the New York attorney general’s injunction, DraftKings and FanDuel have become metonymous stand-ins for the entire daily fantasy sports industry and inextricably linked in the eyes of most consumers.

That’s become part of the problem with the state-by-state legislative push to regulate DFS because those two giants are not the only games available, yet legislatures who view the marketplace as if DraftKings and FanDuel are the alpha and the omega of the daily fantasy sports industry are crowding out smaller companies and start-ups while also failing to account for growth.

Virginia and Indiana have already passed bills regulating DFS while the attorney general in Massachusetts instituted regulations to allow games to continue. The Fantasy Sports Trade Association reports active legislation in more than 20 states and lobbyists working in 45 states. While DraftKings and FanDuel announced Thursday that they would stop sponsoring college sports contests after March Madness, several professional leagues and teams are partners: Major League Baseball has invested in DraftKings, the NBA in FanDuel, and 28 of the 32 NFL teams in one or the other.

“What the DFS industry is looking to do is, they insist that their games are legal under state law but want to change the law nonetheless while providing only a modicum of superficial regulation,” said Daniel Wallach, a sports and gaming law expert at Becker & Poliakoff in Florida. “The industry is distancing themselves from any characterization of gambling. I think the state bills are too cute, and they don’t accomplish anything beyond superficial consumer protection.”

DraftKings declined to comment for this story; FanDuel did not respond to a request for an interview.

The current slate of game offerings, as currently constructed, are also “not robust enough” to handle significant growth, says Ed Miller, who co-wrote a daily-fantasy critique for the Sports Business Journal with McKinsey Consulting’s sports and gaming expert.

“For things to improve, there needs to be innovation, and for innovation there need to be startups,” said Miller, the author of several best-selling poker-strategy books. “The thing that concerns me about a lot of these regulations is that a lot of the regulations are very hostile to startups. The whole industry is in its infancy, and yet the regulators are treating this like ‘this is what it is.’”

One outspoken critic of the proposed legislation is Seth Young, the chief operating officer of Flower City Gaming, which provides business-to-business licensing of fantasy sports technology and also has a customer-facing daily game, Star Fantasy Leagues, that operates in 22 states. Of particular concern is New York Senate bill 6793, proposed by Senator John Bonacic, that legalizes daily fantasy sports and provides some basic consumer protection but adds a one-time licensing fee of $500,000. That, in essence, could make FanDuel and DraftKings a duopoly.

“People conflate the industry with FanDuel and DraftKings, but in reality there are a lot of smaller business,” Young said. “Right now lobbyists and even our trade association are putting forward bills that are, quite frankly, bad policy—just awful policy. They are exclusionary. They really shut out a lot of the smaller interests, and at the end of the day, they don’t even call for any set of regulatory standards. They are bills that, in my opinion, are built as defense mechanisms and stopgap solutions to help FanDuel and DraftKings.”

“The proposed fees and taxes that are included in my legislation are designed to ensure that the state has adequate resources to conduct the oversight activities and licensing review that are included in the bill,” Sen. Bonacic wrote in an email to Vocativ. “With regard to the impact they may have on smaller fantasy sports operators, my office has had a productive meeting recently in the past couple of days with those who represent the smaller daily fantasy operators and I am open to further discussions on how to address their concerns.”

Peter Schoenke, the FSTA chairman, applauded the Indiana and Virginia bills while pointing out their own steep licensing fees: at least $50,000 in both states.

“They weren’t perfect because they had very high fees, so a lot of our smaller companies in the association are not going to be able to pay those, so we’re going to continue to lobby those states to modify that fee structure so that every company can participate there,” said Schoenke, who is also the co-founder and president of Rotowire.com.

It's nice to dream, I suppose

A suspected insider trading scandal last fall precipitated the intense legal review—a DraftKings employee publicly released proprietary information the same week he won $350,000 while playing on FanDuel—which prompted N.Y. attorney general Eric Schneiderman to seek an injunction against the two major companies and has led to many states evaluating whether daily fantasy contests constitute gambling. Furthermore, some smaller companies have failed to disperse payments. FantasyHub was several hundred-thousand dollars short on its payouts, which led to DraftKings stepping in to cover those costs, probably to avoid bad press for an industry already under intense scrutiny.

There are three relevant federal laws: the Interstate Wire Act, which has been applied to Internet commerce; the Professional and Amateur Sports Protection Act (PASPA), which restricts most states from permitting sports gambling; and the Unlawful Internet Gambling Enforcement Act (UIGEA), which prohibited poker but carved out an exception for fantasy sports so long as they reflect the skill of the participant and include “multiple real-world sporting or other events.” UIGEA was passed in 2006 before daily fantasy existed, and an updated federal law, Wallach said, is unlikely to happen any time soon.

“There’s no leverage,” Wallach said. “Congress has more important priorities. It’s an election year. It’s an especially divisive year politically, but there are events that could occur to accelerate the situation.”

States can impose stricter laws as they see fit, and nine states—Arizona, Iowa, Louisiana, Montana, Washington, New York, Mississippi, Nevada, and Hawaii—do not have an appreciable (or any) DFS presence. (Iowa, Louisiana, Montana, and Washington say all fantasy sports are legal.) The state laws are generally based on one of three definitions: the predominant purpose test (whereby a game is legal if the predominant factor is skill, not chance); the material element test (in which games are legal so long as chance is not a major factor); and those that outlaw games in which there is any chance.

Marc Edelman, an associate professor of law at Baruch College’s Zicklin School of Business who has taught a seminar on fantasy sports law, said it is “critical” that DFS operators seek legislation in any state that does not use the predominant purpose test.

Long before the recent spate of legal trouble, the FSTA made a pre-emptive push for states to formally legalize fantasy so that a law was already on the books in case trouble arose, as it has recently; only Maryland and Kansas actually passed bills, however. That means trying to push for legislation now, amidst some skepticism. Schoenke said he has testified in six state legislatures and also before the Massachusetts attorney general.

“We’ve been going out proactively to just about every state we can,” Schoenke said. “There’s active legislation now in over 20 states. The FSTA has lobbyists in 45 states. It hasn’t been pick this state or that state, we just decided, if there’s not a specific law on the books about fantasy sports in a state, then that creates uncertainty for our industry in the current environment.”

One legal expert questioned the FSTA’s approach, saying that it should have targeted more states earlier in the process.

“The Fantasy Sports Trade Association seems to have taken a very naive and myopic approach to legislation,” Edelman, who has consulted for many fantasy sports companies, said. “Initially, they sought legislation only in the states they deemed the riskiest, however they missed many other important high-risk states.”

I hope no one is banking on this ad revenue

Wallach and Edelman both cited powerful American Indian gaming lobbies as one hurdle to passing meaningful legislation. Furthermore, Edelman said, the legislation isn’t necessarily accomplishing what the industry hopes it will do.

“The bill that was passed in Virginia does not actually legalize fantasy sports,” he said. “Rather, what it does is govern those daily fantasy sports contests deemed to be, under state law, games of skill. So in essence the bill changes nothing.”

Chris Grove, publisher of the LegalSportsReport.com, wrote that many proposed bills do not offer proper any meaningful safeguards for consumers.

Why DraftKings is in more legal peril than FanDuel

The two companies are not interchangeable as their legal strategies differ—DraftKings is in more legal danger, according to Edelman, who said FanDuel “seems to have a slightly better handle of the legal risk.” Edelman specifically points to one-race NASCAR and one-tournament golf contests as violations of UIGEA. DraftKings also continued to operate in New York after Schneiderman sued, whereas FanDuel stopped accepting entries in the state. (Edelman disclosed that he is representing a full-season fantasy operator currently in a contract law dispute with DraftKings.)

“[DraftKings CEO] Jason Robins did not come up with an idea that was brilliant in DraftKings. Jason Robins came up with a business plan that he was comfortable launching even though many individuals provided with reasonable information of the state-by-state risk would have been a lot more cautious.”

DraftKings, Edelman added, has been much more aggressive in trying to discredit any public official or academic who challenges them.

“While I believe that it’s more likely than not sports gambling will be legal in the United States within five years,” Edelman said, “It is also very possible that DraftKings and its executives will find themselves indicted under federal law long before that happens.”

The FSTA charter previously included a self-regulatory mechanism but, after DraftKings stopped strictly following UIGEA, the FSTA removed the provision for accountability from its charter.

“The FSTA charter was introduced and subsequently changed after somebody broke it,” Young said. “They just refused to enforce it.”

Schoenke defended the move as one of deference to state governments.

“We tried to do a self-regulatory effort, but the events at the state government level sort of took over,” Schoenke said. “They were moving so rapidly that we have moved to this effort instead. It’s clear the state legislatures have the desire to regulate fantasy sports, so we figured we’d put our resources into that.”

Even at the rally supporting DFS in New York City last November, the protestors were agreeable to regulation. Such changes are coming, but the wheels of legal machination churn slowly.