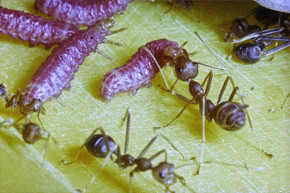 This Is The Most Demonic Parasitic Moth We’ve Seen
By Joshua A. Krisch

This Is The Most Demonic Parasitic Moth We’ve Seen

Shortly after the workers within an ant colony start trusting this parasitic moth, it begins to destroy them 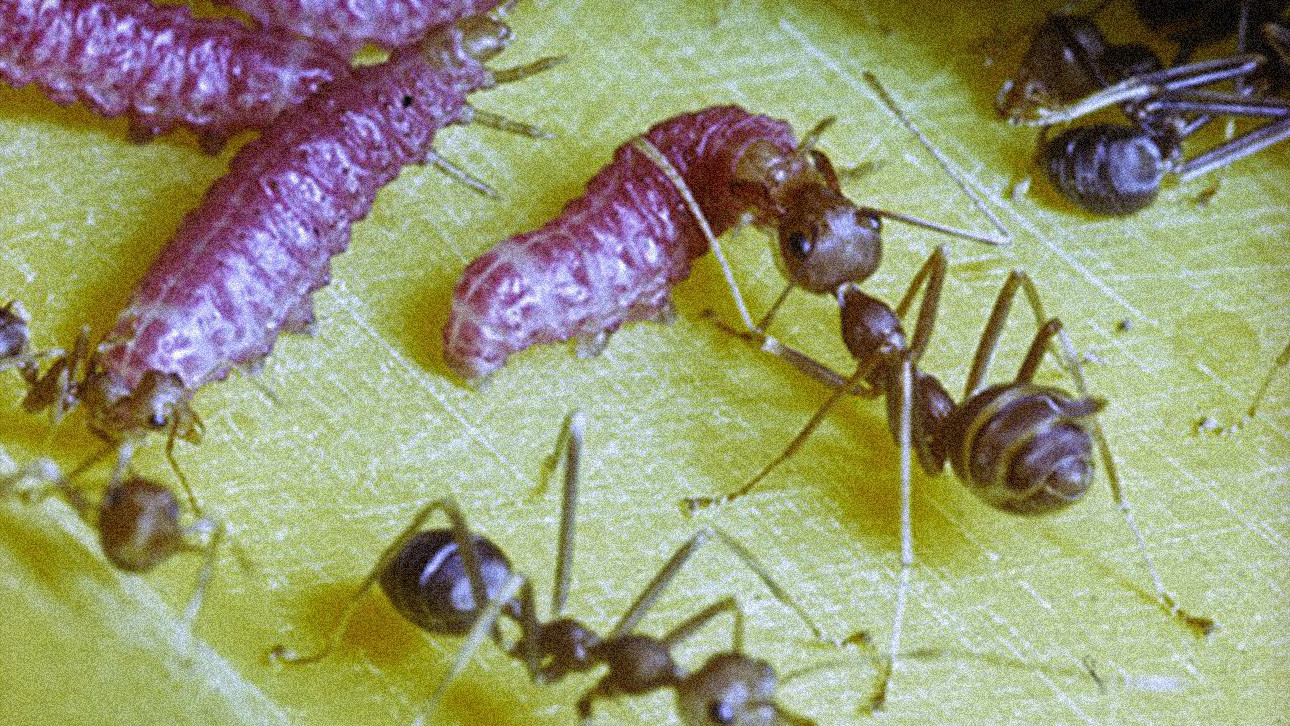 First, the Eublemma caterpillar gains the trust of the colony. It poses as a benevolent ant queen, and quietly murders the colony’s true monarch. Then, the ruthless caterpillar precedes to demand that the worker ants’ turn over their food and their eggs, gradually starving them to death and eating their progeny, according to a new study published in Scientific Reports.

The findings are the first to suggest that moths may be involved in a long-con previously known only among wasps and butterflies. Also, Eublemma moths are demonic baby-eating pretenders to the throne, and nature is terrifying.

More Photos: Cricket Fighting, The UFC Of The Insect World

Although we’re a bit horrified to learn that Luna The Night Butterfly is a murderous parasite, moths are not the only insects that regale us with their parasitic shenanigans. At least one species of parasitic butterfly actually pulls off a very similar trick—pretending to be a queen ant while still in the caterpillar stage. And there’s some poetic justice to it all, thanks to the Glyptapanteles wasp, which takes revenge on the caterpillars by hatching in their bodies, eating them from the inside out and turning them into zombie bodyguards.

But this is the first study to suggest that moth species are also working the trojan insect angle. The authors describe—in vivid, awful detail—how Eublemma moth mothers lay their eggs directly on top of ant nests, and wait for unsuspecting worker ants to carry their babies inside. Once they’ve hatched, the caterpillars each began to impersonate a queen ant.

Now the normal worker-queen relationship in an ant colony is somewhat tortured, to be sure. Queen ants produce a pheromone that renders all of the workers infertile, so they begin producing so-called “trophic,” or unfertilized, eggs that cannot produce baby ants. They then deliver those trophic eggs to their hungry queen who eats them, and proceed to carry her waste out of the colony when she’s done digesting. Queen ants typically find a way to perpetuate the colony alone.

Once the moths take over, however, the queen’s status begins to plummet. Parasitized ant hills can support up to 350 caterpillars at once, each giving off every signal that it is the one true queen of the colony. In the presence of too many queens, worker ants dutifully work overtime, delivering their unfertilized eggs and tending to the caterpillars while their actual queen, thus deprived of her food source and servants, withers away and dies.

The colony then makes one last-ditch effort to survive but, due to an accident of nature, is only able to produce male offspring in the absence of a queen. “Consequently, workers lay male-destined haploid eggs rather than laying trophic eggs,” the authors write. “After the death of the queen, the workers continued to lay eggs and to produce males, something that allowed the colony to invest its remaining resources before it vanished entirely.”

There’s a Shakespearean tragedy in there, somewhere.