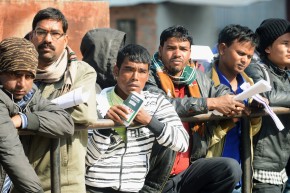 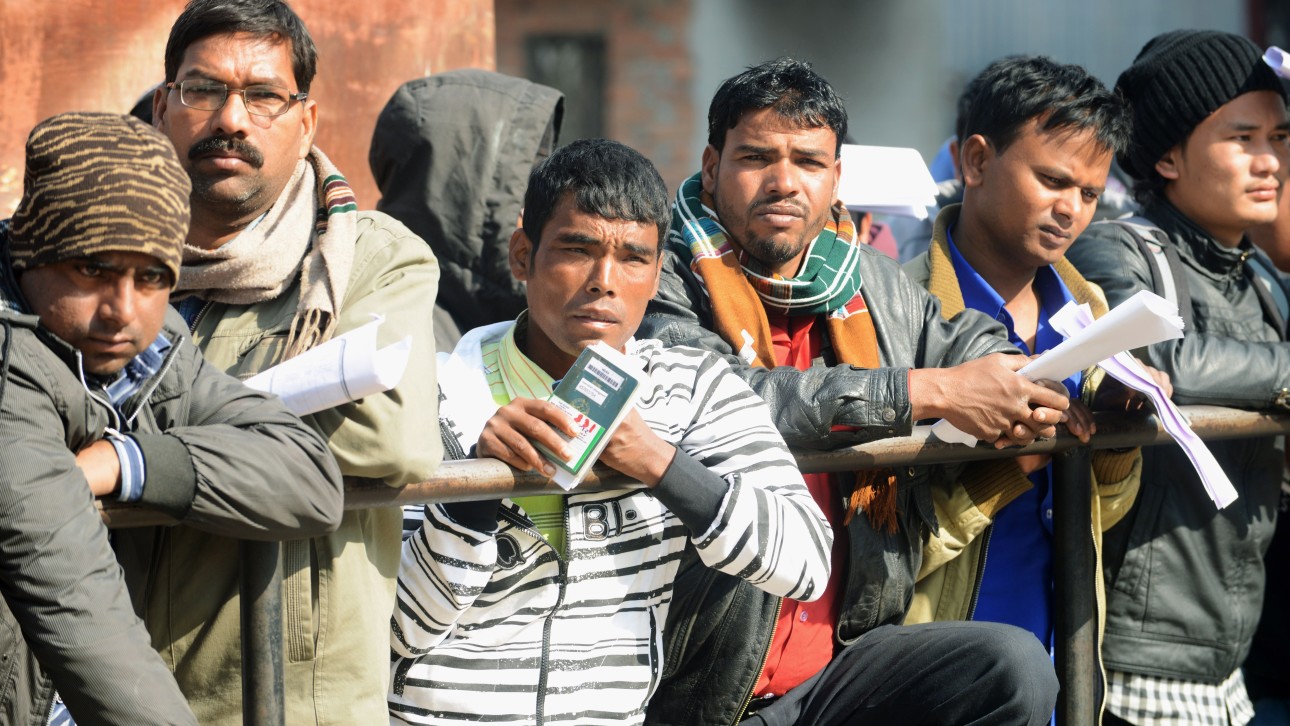 An Indian worker assigned to the Al-Bayt 2022 World Cup Stadium passed away at the stadium construction site on Monday, according to the tournament’s organizing committee.

This latest death highlights the issues laid out in a massive investigative report released by Amnesty International that details the horrendous working conditions and ongoing abuse suffered by migrant laborers in Qatar tasked with building the facilities, infrastructure, and stadiums for the 2022 World Cup.

“The abuse of migrant workers is a stain on the conscience of world football. For players and fans, a World Cup stadium is a place of dreams. For some of the workers who spoke to us, it can feel like a living nightmare,”

In the report, “The ugly side of the beautiful game: Labour exploitation on a Qatar 2022 World Cup venue,” Amnesty International interviewed 234 laborers mainly hailing from Bangladesh, India, and Nepal, all of whose names have been changed for their own protection.

They attested to the “squalid conditions; employers confiscating workers’ passports and denying them the exit visa they need to leave Qatar; late or non-payment of wages; and employers not giving workers proper identity documents, which leaves them exposed to arrest,” the report stated. “In extreme, but not exceptional, cases migrants are subjected to forced labour.”

“My life here is like a prison,” Deepak, a metal worker at Khalifa International Stadium, said. “The work is difficult, we worked for many hours in the hot sun. When I first complained about my situation, soon after arriving in Qatar, the manager said ‘if you [want to] complain you can but there will be consequences. If you want to stay in Qatar be quiet and keep working’. Now I am forced to stay in Qatar and continue working.”

This example of modern day slavery is made possible by Qatar’s Kafala system “under which migrant workers cannot change jobs or leave the country without their employer’s (or ‘sponsor’s’) permission. A much-touted reform of the sponsorship system, announced in late 2015 will do little to alter the power dynamics between migrant workers and their employers,” the report said.

Before they even arrive in Qatar migrant laborers must take out exorbitant loans ranging from “US $500 to US $4,300” in order to pay recruitment agents in their home country, only to “find that the terms and conditions of their work were different from those that they had been promised.”

Saddled with crippling debt, laborers “felt they had no option but to accept the lower salaries, although many were then left in very difficult situations, struggling to repay loans with less money than expected.”

When one laborer complained about the bait and switch, a manager told him: “What you were promised in Bangladesh is not my problem.”

“He just shouted abuse at me and said that if I complained again I’d never leave the country,” Nabeel, a metal worker from India, said. “Ever since I have been careful not to complain about my salary or anything else.”

Laborers also find themselves housed in overcrowded, dangerous living quarters with “bunk beds in rooms accommodating four, six, eight or more people. There did not appear to be any fire alarm systems or fire extinguishers on the premises” and “gas cylinders, which workers said they used to cook meals. The kitchen and toilet facilities were rudimentary and dirty and were located in close proximity to each other.”

And if they do dare to raise any of these issues with their overseers, there are multiple ways that employers can threaten laborers including, “non-payment of wages, being deported or, conversely, not being allowed to leave Qatar because the employer would not provide an exit permit.”

Employers have confiscated the “vast majority” of laborers’ passports: a practice that is strictly forbidden by Qatari law but almost impossible to enforce.

“The manager said ‘work for another 1-3 months and accept whatever you get,’” Ubaraj a Nepalese man that worked at Khalifa Stadium said. “’If you don’t work you won’t get paid and you won’t get your passport back’. After that I just kept quiet, I had no choice.”

If all that doesn’t scan as Kafka-esque enough, even if they have paid off their loans and completed the terms of employment—or if a Nepalese worker wanted to return home to attend a funeral after a devastating earthquake—laborers still can’t escape the country unless their employer allows it.

“Migrant workers cannot leave Qatar without obtaining an ‘exit permit’ from the authorities,” the report stated. “And such permits can only be obtained if the sponsor gives permission. It is therefore extremely difficult for migrant workers to leave exploitative situations, as the individual responsible for the labour abuse is also the individual who must give the worker permission to leave Qatar.”

And when they’re not being held captive, laborers are forced to endure further humiliating injustices like being forced to compete in a half marathon in the brutal Qatari heat while wearing flip-flops and jeans.

None of this would be possible without the blind eye turned by both Qatar’s Supreme Committee for Delivery and Legacy—the Qatari organization tasked with delivering the tournament venues and projects—and FIFA itself.

When it comes to oversight and due diligence, the “Supreme Committee has focused on compliance by the main contractors. This approach ignores the evidence that migrant workers’ rights are generally at greater risk when they are working for small sub-contractors and labour supply companies.”

That is to say, while there are only a handful of large contractors that are building the venues and other structures, they’ve subcontracted a great deal of the labor out to smaller, less-scrutinized companies, which can easily dodge the regulators.

Further, “the Supreme Committee’s processes place significant reliance on self-auditing by companies,” which, when it comes to labor and human rights violations, is going more or less how you’d expect. They have also focused reform efforts on “the quality of accommodation.” Unsurprising, since buffing up the jail-like living accommodations makes for a cheap, highly visible way to appear as if everything is kosher.

And of course FIFA has long been well aware that “most construction work in Qatar involves migrant workers and that migrant workers were subjected to serious and systemic labour exploitation.”

When Amnesty International “presented the evidence of human rights abuses of migrant workers engaged on the Khalifa Stadium project to FIFA. FIFA did not engage with any of the specific abuses, and did not suggest that the organisation would take any action to address them. FIFA instead pointed to some of the steps taken by the Supreme Committee,” according to the report.

FIFA’s seeming indifference should come as no surprise. After the Guardian published an investigation showing that, “migrants building the infrastructure to host the 2022 World Cup have died at a rate of one every two days in 2014,” the Washington Post wrote—though the numbers are somewhat in dispute—that “4,000 workers will die in Qatar by the time the World Cup is actually held in 2022.” In stepped a cheery Sepp Blatter, the now-exiled ex-FIFA president.

“It is encouraging to hear the Emir’s personal commitment to workers’ welfare and to get a sense of the improvements planned for all workers in Qatar… It is clear that Qatar takes its responsibility as host seriously and sees the FIFA World Cup as a catalyst for positive social change,” he said.

In response to the Washington Post article, Qatar issued a statement claiming, “Not a single worker’s life has been lost.”

Amnesty International concludes its report with a lengthy list of recommendations for the Supreme Committee, FIFA, and the companies tasked with building the facilities, including fundamental reforms to the sponsorship system, a call for greatly increased transparency and beefed up investigations, and demands that the World Cup’s various corporate partners like Coca-Cola and McDonald’s apply pressure to ensure that real change is affected.

Should the entities responsible for the World Cup fail to do so, “every woman, man and child who visits Qatar to see the 2022 World Cup is likely to directly encounter migrant workers—in hotels, sports venues, shops—whose human rights have been abused.”

Amnesty International’s report can be read in its entirety here.