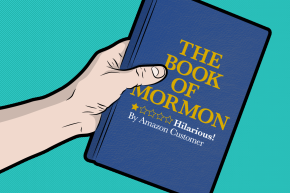 Mormons tried to boost ratings, but then the trolls got involved 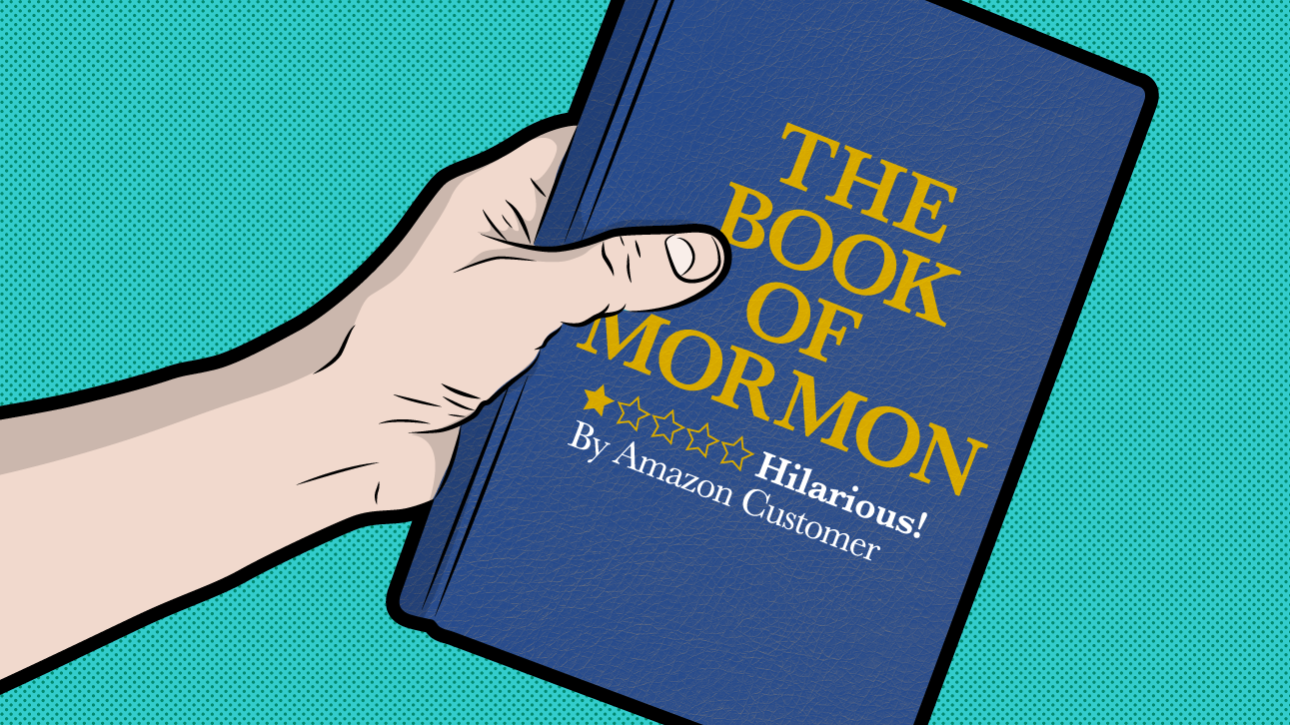 Over the last month, a battle over the sacred book of one of America’s most influential homegrown regions has been brewing between between devout followers and atheist trolls. It’s playing out on the comment boards of Amazon.

“As a book, dictated by a rock, it’s pretty good,” Amazon reviewer “Dan the man” wrote last week about the Book of Mormon, written by Joseph Smith, founder of the Church of Jesus Christ of Latter-day Saints. (According to the church, Joseph Smith used his special “seer stone” to translate the book of mormon into English.) “So I recommend, while reading it, to constantly remind yourself that this book was literally (and literarily) authored by a rock. This will help immensely.”

Dan the man is one of hundreds of opponents of Mormonism who don’t take kindly to members of the church attempting to stack the reviews of their holiest work.

More DARK NET: How Reddit Is Dismantling The Mormon Church

The backlash began at the end of February, after a member of a Facebook group for young adult single Mormons in the town of Provo, Utah, shared a request that allegedly came from local leadership. “As always, many people against the Church have, sadly, written negative comments about the Book,” the poster wrote to their fellow Mormons. “The challenge for us is to go to the Amazon website and write a positive rating and review for the Book of Mormon.”

Redditor Kolobkitty took a screen grab of the post and shared it on the subreddit r/exmormon. Other redditors commented that this was a violation of Amazon’s terms of service and encouraged others to ask Amazon to investigate the situation. But after a Utah news outlet picked up the story, other anti-Mormon trolls devised their own plan to balance out the positive reviews.

“Just a jaw-droppingly poorly written ridiculous excuse for a religious tome,” Barbara St wrote on March 3. “It reads as if a 6th-grader with a wild imagination tried to copy the style of the Bible and failed miserably.”

Out of hundreds of reviews for the 1981 edition of the “Book of Mormon,” many laud the book as a the “most important” book ever written and a “life-saving” work that should not be judged until it is read. But those reviews are eclipsed by damning, often scathing reviews that trash the Mormon religion and denounce the book as a work of plagiarism (“Using a highlighter I marked all the sections borrowed from the [New Testament] and Hebrew Bible- then with a separate color I marked all the other borrowed quotes and themes”) and compare the book to “Twilight,” “The Lord of the Rings” and other works of fantasy and science fiction. Like Kyle B., who posted:

If the Old Testament Bible was Star Wars: A New Hope…
The New Testament was Empire Strikes Back…
The Book Of Mormon claims to be Return of The Jedi…
But in reality it’s just Spaceballs.

Few were candid in their reason for posting a poor review, like CrimsonGhostGun, who posted the Facebook screen grab from Reddit along with the comment: “I am a member of the church of Jesus Christ of later day saints and was instructed to write a positive review to bolster the numbers. I do not agree with this sort of unethical behavior and my rating will reflect this.”

For the most part, anti-Mormons used this as an opportunity to reveal the alleged dark history of the church. The top review, which more than 420 people found helpful, reads:

“A trite, misogynistic, racist collection of demonstrably false stories written by a convicted con artist and peddled as Gospel truth by a masonic country club of ancient, white men who gleefully scam their ovine followers out of time, money, and critical thinking skills … Unless you are moving to rural Utah under a witness protection scheme or writing an exhaustively comprehensive history of American cults, you have no valid reason to purchase, borrow, steal, or pick this book up out of the gutter with any intention other than immediately depositing it into the nearest trash receptacle.”

Hardly any of the more than 740 reviews are lukewarm. As the star-rating breakdown proves, every post either celebrate or vilifies the book. 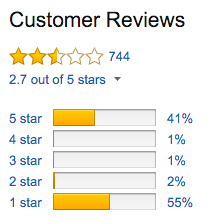 Although some of those 1-stars reviewers also praised the book for its other uses. “The blank pages make for good rolling papers,” H. Peter wrote. “Have smoked many a fine joint crafted from the pages of this awful attempt at King James Bible-esque ‘religious’ literature.”