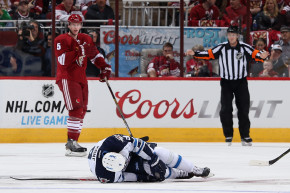 The NHL had some emails unsealed due to a concussion lawsuit and, well, it's not good 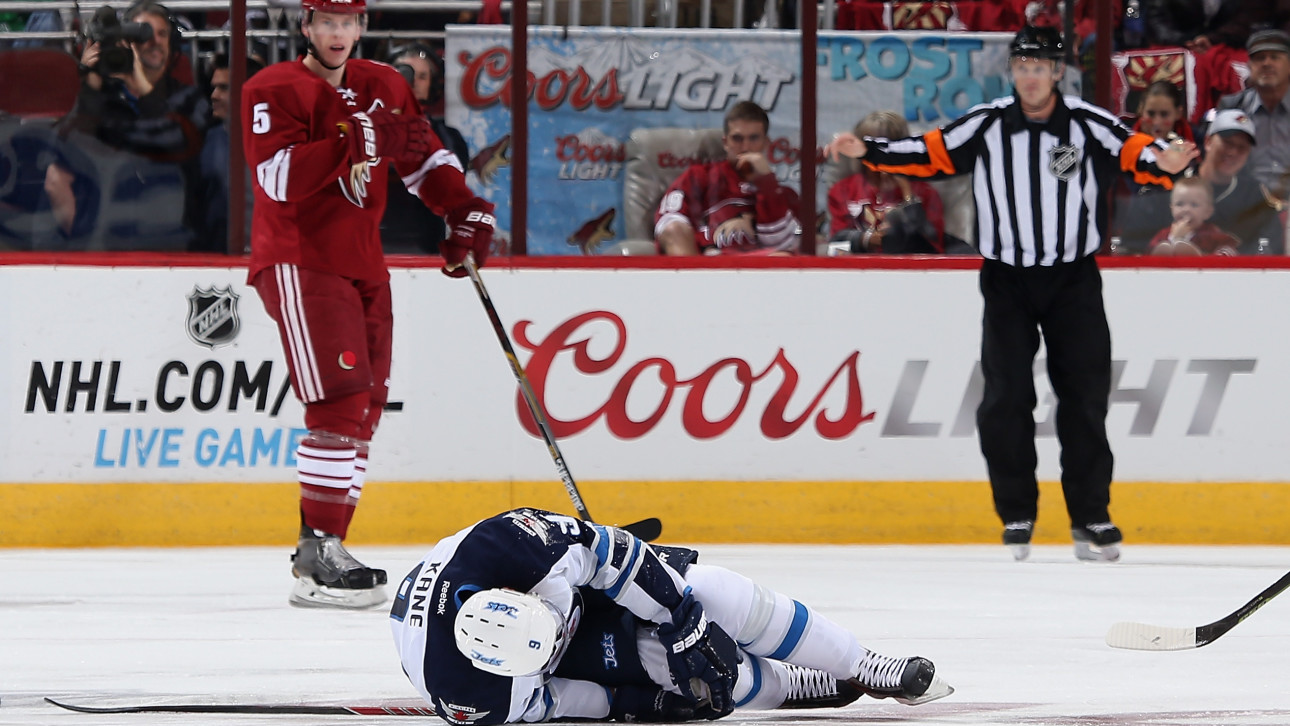 At a congressional hearing earlier this month, the NFL’s top health and safety officer became the first league executive to publicly acknowledge that, yes, there is a link between the sport of football and CTE, the debilitating brain disease.

This email chain—which included commissioner Gary Bettman and former star player Brendan Shanahan, who at the time was a league executive—was prompted by a Toronto newspaper story headlined, “Getting rid of hockey’s goons.” Bettman, who during last year’s playoffs dismissed the idea of a definitive connection between sports-related head injuries and CTE, replied in part, “An interesting question is whether being an NHL fighter does this to you (I don’t believe so) or whether a certain type of person (who wouldn’t otherwise be skilled enough to be an NHL player) gravitates to this job (I believe more likely).”

“This is not the same role as it was in the 80s and 90s,” Shanahan wrote back. “Fighters used to aspire to become regular players. Train and practice to move from 4th line to 3rd. Now they train and practice becoming more fearsome fighters. They used to take alcohol and cocaine to cope… Now they take pills. Pills to sleep. Pills to wake up. Pills to ease the pain. Pills to amp up. Getting them online.”

This exchange among officials who were then at the very top of the NHL masthead acknowledges that “personal tragedies” could result from fighting and that on-ice enforcers may be dependent on painkillers. The precipitating article, it should be noted, was about the recent deaths of three 20-something enforcers, two by suicide and one by an accidental overdose of pain medications and alcohol.

The commentary of league executive Colin Campbell, who preceded Shanahan as the NHL’s disciplinarian, is much harsher. Campbell, who in his own hockey career scored only 25 goals in 636 games while averaging more than two penalty minutes per game (1,292 total), referred to those criticizing the sport’s safety policy as “tree huggers” and “Greenpeace pukes.” In an email dated April 18, 2007, Campbell wrote, “I don’t put much weight on Dr. reports these days.”

A 2009 incident also proved illuminating. Montreal Canadiens player Tom Kostopoulos checked Mike Van Ryn of the Toronto Maple Leafs from behind and into the boards; the resulting concussion and other injuries suffered helped convince Van Ryn to retire. In an email about possible discipline for Kostopoulos (who was later suspended three games), Campbell wrote, “Van Ryan [sic] is a woos [sic] and soft but he ended up with a broken nose and broken hand. He should be penalized and suspended for putting himself in a bad position.”

Among the other revelations is that the NHL’s top communications executive, Gary Meager, wrote plainly that the league has never engaged in the “smoke and mirrors” game played by the NFL, whereby they make it appear like they are improving the safety of the game.

“The nhl has never been in the business of trying to make the game safer at all levels and we have never tried to sell the fact that this is who we are,” Meager wrote, and later added in a reply: “NFL invests hundreds of thousands of dollars each year around their pr campaign to deal with violence … They produce concussion websites, send former players around teaching young players how to play the game safer, they produce videos for young football players … I could go on and on … We do none of that and don’t view it as an important part of our mandate.”

Fighting has diminished in the league—probably in part because of head-injury awareness and, in part, because the adoption of analytics has shown a lesser value on the practice. The tracking site HockeyFights.com notes that this season is on pace for 347 fights, more than halved from a peak of 803 in 2001-02. Fights have steadily declinedm particularly in the last seven years: the percentage of games with fights used to be a little over 40 percent but this year it’s about 23 percent.

On one night in mid-Dec. 2011, the commissioner wrote to his his lieutenants, “Can you believe this run of injuries,” which subsequently led to the trading of these emails:

“Not so far,” Shanahan replied.

The real issue is that awareness about head injuries is now getting old, and the league hasn’t embraced their severity publicly—while seemingly having done so years ago privately.