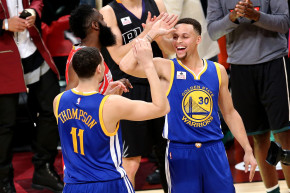 Warriors’ Backcourt Has More 3s Than Most Teams In NBA History

Steph Curry and Klay Thompson top Jordan's Bulls, Kobe's Lakers, and some of the best offenses in league history 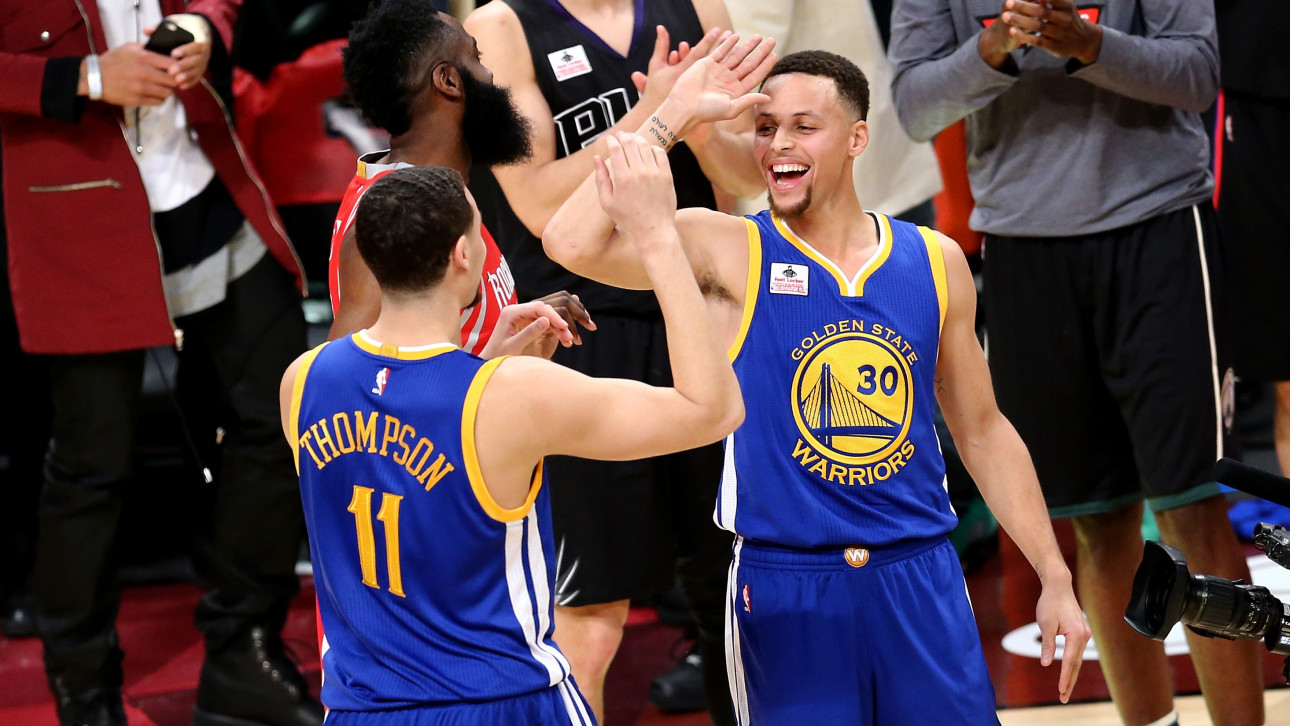 If you haven’t gotten a chance to see the Golden State Warriors play this season, you’re missing something unprecedented in NBA history. The team is on pace for the best record in the league’s history and they’re doing it with incredible shooting, particularly from 3-point range.

To wit: The Warriors have already set the single-season record for 3-pointers made by a team in a season with 963. That’s 30 more than the 2014-15 Houston Rockets and they still have eight games left to play. Steph Curry has set the record for 3-pointers made in a season for the third consecutive year with 356. That’s 70 (!) more than he hit last year.

More Fans Are Shelling Out $10,000 For Golden State Warriors Tickets

Curry has been so spectacular that he’s overshadowed teammate Klay Thompson, who’s had a fantastic season in his own right, tallying 255 3-pointers. That’s good for eighth on the all-time list, and he’ll likely move into the top 5 by the end of the season.

The two of them—known to fans as the Splash Brothers—are such a force together that their combined 3-pointers (611) is more than most teams have scored in a single season in NBA history. If you take just their combined total, it would rank 115th out of 1,014 on the NBA’s all-time 3-pointers made by a team list. Curry and Thompson alone have scored more 3-pointers this season than 88 percent of the teams in NBA history.

Curry and Thompson have more 3-pointers this year than some of the best offenses in the league’s history—namely the 1995-96 Bulls, the 2003-04 Mavericks, and all of the Shaq-Kobe Lakers teams.

Of course, part of the story here is that 3-point shot attempts have increased steadily since the league first implemented the 3-point line during the 1979-80 season. There were teams in the 80s that made far fewer than 100 3-pointers in a season. Attempts are up dramatically even over the previous decade. In this era, any team that’s shooting well from 3-point range is likely among the best all-time.

But Curry and Thompson’s combined total is still more than many modern teams. The 2012-13 Thunder, an offensive-minded team with plenty of good shooters, hit 598. For just the 2015-16 season, Curry and Thompson would rank 17th, just above the Thunder at 606.

To say we are witnessing something unprecedented is actually a massive understatement. Go get tickets to see them (if you can afford them).