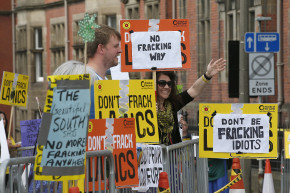 Until we invented fracking, earthquakes were natural phenomena. Now, they're increasingly manmade threats 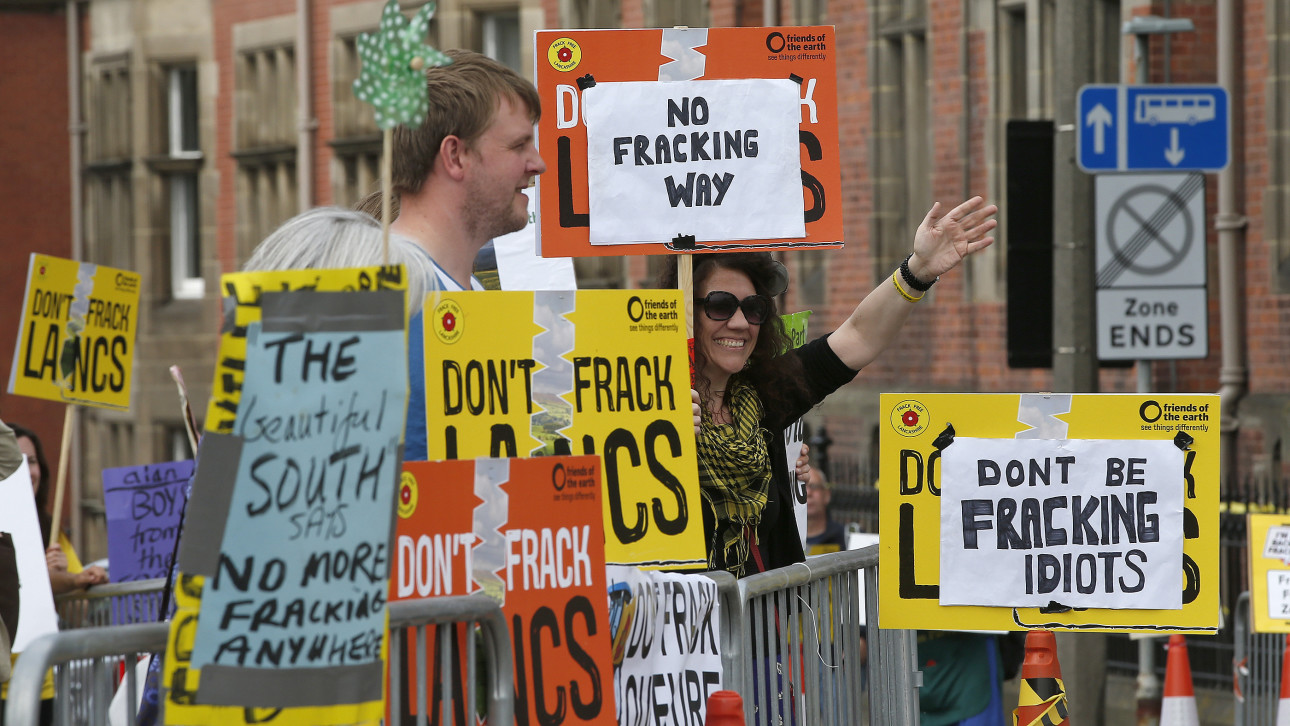 Humans are creating hundreds of minor earthquakes across the United States and Canada. Now, the United States Geological Survey has created a map that predicts the places most likely to suffer damage from earthquakes, both human- and naturally induced, over 2016, and it appears that roughly seven million Americans are in the line of fire.

“By including human-induced events, our assessment of earthquake hazards has significantly increased,” said Mark Petersen of the USGS, in a press statement. “The research also shows that much more of the nation faces a significant chance of having damaging earthquakes over the next year.”

Earthquakes used to be exclusively natural phenomena—before we invented hydraulic fracturing (or fracking) and creative methods of wastewater disposal. Studies have shown that fracking, which involves blasting viscous water at shale until it releases the natural gas hidden inside, can cause earthquakes, and that injecting wastewater deep into underground wells (so that it doesn’t taint our water supply) can stir up similar tremors. But until now, it was unclear how serious the problem could be, especially since most of the human-induced earthquakes that we’ve seen so far have been relatively minor.

But the new USGS report suggests that at least six states—Oklahoma, Kansas, Texas, Colorado, New Mexico and Arkansas—may be in for more than a few passing tremors, due to human activities. “In the past five years, the USGS has documented high shaking and damage in areas of these six states, mostly from [human] induced earthquakes,” Petersen says. In fact, USGS’s crowdsourced Did You Feel It? website has archived at least 1,500 self-reported instances of strong shaking in these states.

Although there’s more or less a scientific consensus that humans are causing these earthquakes—and that minor tremors are likely to eventually cause real damage—the jury is out on how exactly to stop them. The USGS is of the opinion that fracking is not a major cause of human-induced earthquakes, and that wastewater disposal is the primary reason for the recent uptick in earthquakes in the Central and Eastern United States.

Meanwhile, the Seismological Society of America recently put out a study that suggests, in terms of induced earthquakes, fracking is a far bigger problem than wastewater disposal in Canada.

Further, the authors argue that their findings may even hold true in the United States, and caution that fracking could eventually cause more serious earthquakes, especially if it is ignored in favor of the USGS’s efforts to reform wastewater disposal methods. “We haven’t had a large earthquake near vulnerable infrastructure yet, but I think it’s really just a matter of time before we start seeing damage coming out of this,” said Gail M. Atkinson of Western University in Canada and coauthor on that study, in a press statement.

“We’re not entirely sure that there isn’t more seismicity in the central U.S. from hydraulic fracturing than is widely recognized.”