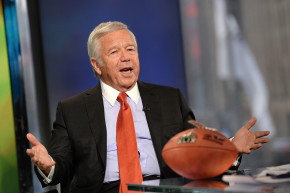 NFL Owners Sure Are Dumb About Brain Damage
By Robert Silverman

NFL Owners Sure Are Dumb About Brain Damage

Seriously, read what they have to say and you will believe billionaire NFL owners can be dumber than dirt 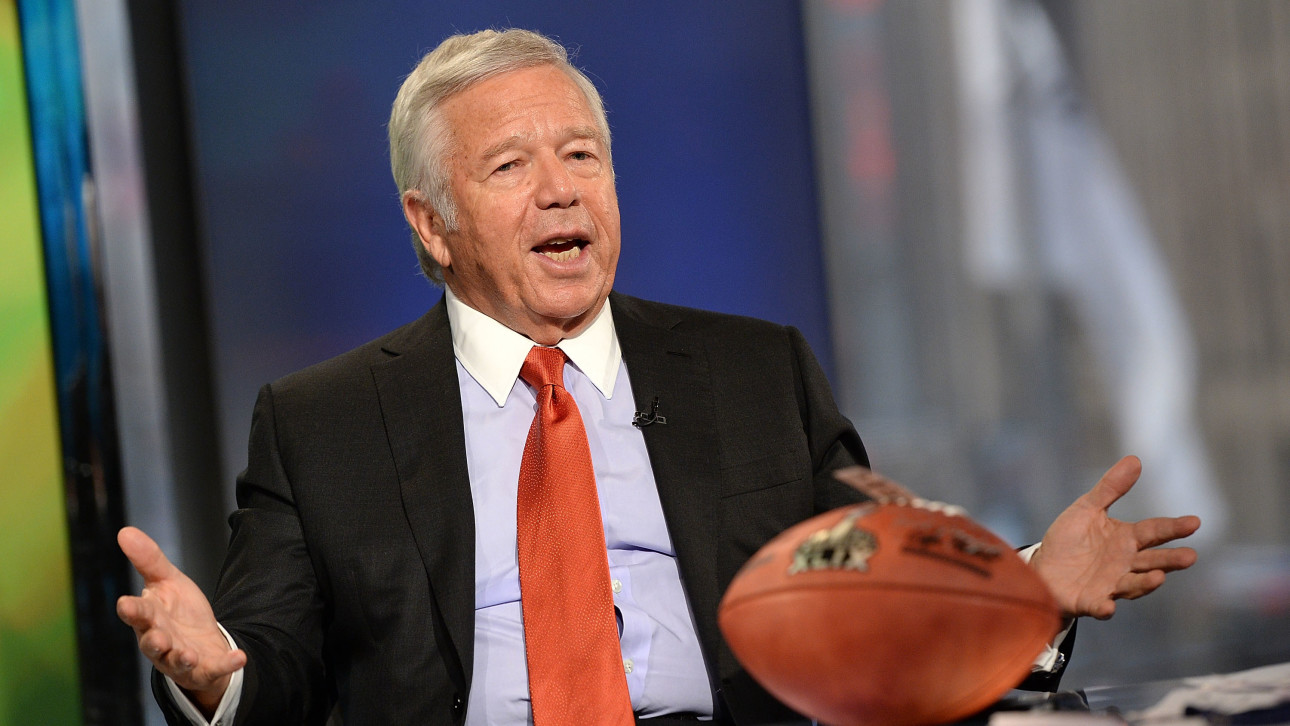 When NFL senior vice president Jeff Miller appeared before a Congressional committee and finally, after years of Big Tobacco-esque non-denial denials, acknowledged a causal link between playing football and chronic traumatic encephalopathy, it was heralded as a huge step. The floodgates of stupidity opened up in short order.

According to USA Today, if you “ask someone from the NFL, be it from the league office or an owner, about the connection between CTE and football and you will get a different answer almost every time.”

That may be true, but for the owners who have gone on the record, there are a few overlapping themes. Last week, Dallas Cowboys owner Jerry Jones said the notion of a link between football and degenerative brain disease is, well, not real.

“No, that’s absurd,” Jones said according to the Washington Post. “There’s no data that in any way creates a knowledge. There’s no way that you could have made a comment that there is an association and some type of assertion. In most things, you have to back it up by studies.

“And in this particular case, we all know how medicine is. Medicine is evolving. I grew up being told that aspirin was not good. I’m told that one a day is good for you…. I’m saying that changed over the years as we’ve had more research and knowledge.”

The worries about aspirin filtered down to Jim Irsay, the Indianapolis Colts’ owner, who, like Jones, said that any attempt “to try to tie football, like I said, to suicides or murders or what have you, I believe that is just so absurd.

“I believe this: that the game has always been a risk, you know, and the way certain people are,” Irsay told Sports Business Daily. “Look at it. You take an aspirin, I take an aspirin, it might give you extreme side effects of illness and your body … may reject it, where I would be fine. So there is so much we don’t know.”

What Irsay does know is that, despite the ongoing efforts to improve player safety, we can’t give in to the wussification of America’s game. “Obviously we are not going to go to a situation where we put players in almost balloon-like equipment, where it becomes a pillow fight, so to speak.”

For the New York Giants’ John Mara, Miller’s admission “wasn’t anything new, though I know it was portrayed that way,” Mara said, according to ESPN.

“I don’t think we’re hiding from it,” he added. “I know a lot of people have accused us of hiding from it in the past, but I certainly don’t think that’s the case anymore. … It’s something we have to keep pouring money into and keep studying because it’s not going away.

Well, John. If you read what your fellow owners said, they’re still “hiding from it.” And when it comes to “the past,” you need look no further than the bombshell report from the New York Times last week showing that the NFL fudged the data on concussions to back faulty peer-reviewed studies, worked with lobbyists, consultants, and lawyers that had ties to Big Tobacco, and asked the industry if it had any tips on how to deal with this pesky issue.

And of course, the NFL responded with more denials: “The Times has found no direct evidence that the league took its strategy from Big Tobacco.’ Despite that concession, the Times published pages of innuendo and speculation for a headline with no basis in fact.” This morning, according to Politico, the NFL’s lawyers called the article “false and defamatory,” issuing a “demand that the story immediately be retracted.”

The Houston Texans’ Robert McNair, however, conceded that CTE is an “an important issue,” but said the larger problem is “misperceptions.”

“I’m more concerned about the misconceptions people can have about it than I am about what’s really taking place,” McNair said, according to ESPN. “We’re studying this issue closely, more than anyone else. We’ve put up money for research before anyone else did. Our medical scientists still don’t know what the cause of CTE is. It appears that if you’ve had multiple concussions from whatever you’ve been doing, riding a bicycle, skateboarding, it’s not just football, that there’s a possibility it could lead to CTE.”

Yes, somewhere within all that hand waving, McNair does have a point. We’re dealing with a very small sample size and insufficient clinical history when it comes to football and CTE, but saying the science is unsettled is straight out of the Big Tobacco playbook.

As long as you can create the perception that there’s an actual debate to be had here, instead of a question of degree, you can dodge or soft-pedal revelations from the NFL itself. Such as the admission “that it expects nearly a third of retired players to develop long-term cognitive problems and that the conditions are likely to emerge at ‘notably younger ages’ than in the general population.” Then there’s the staggering total of “87 out of 91 former NFL players [that] have tested positive for the brain disease,” identified as CTE by  researchers with the Department of Veterans Affairs and Boston University.

But the one thing that all these owners want to make perfectly clear to the general public is that they’re all about safety.

“We’re gonna do everything we can to understand it better and make it safer.” – Jerry Jones

“I think the game of football has never been safer than it is today … I honestly believe the risks are being managed as well as they can be today.” – Robert Kraft, New England Patriots

“We have the leading experts, we think, in the country on our health and safety committee.” – John Mara

“There is no higher priority than player safety.” – Roger Goodell

But perhaps the best answer came from the New York Jets’ Woody Johnson, who is not a scientist.

“I am not in a position [to opine on the link between CTE and football],” Johnson told Sports Business Journal. “I am a layman. [Jeff Miller] is a layman as well.” Finally, something everyone can agree on. Maybe now the NFL’s owners will finally shut up.