MIT Has A Plan To Take Out City Traffic Jams 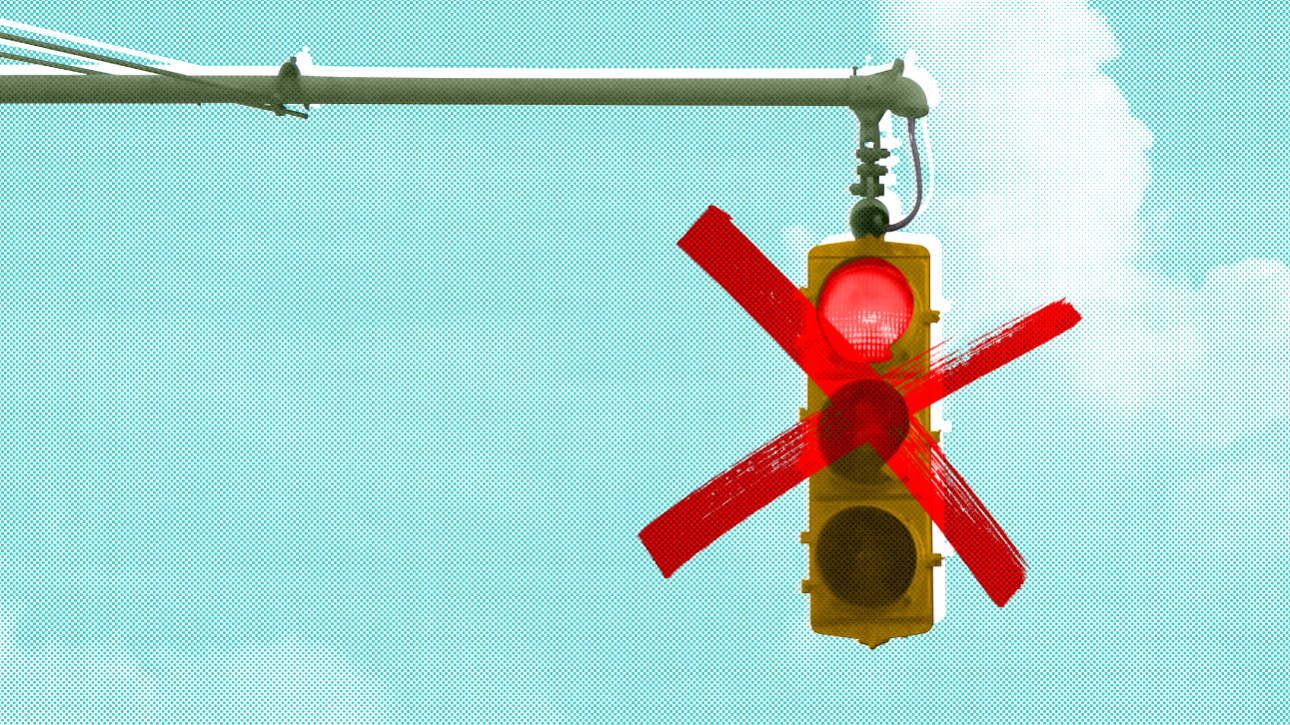 The latest vision from the MIT lab working to improve our relationship with cities could be the death knell for the traffic light.

MIT’s Senseable City Laboratory studies how advancements in technology affect the urban environment. The group has created concepts for monitoring urban health patterns in realtime by studying viruses in a city’s sewage, tracking foot traffic in the Louvre museum to enhance the visitor experience and developing efficient architectural climate control that adapts based on motion trackers. One of the researchers’ most recent focuses, however, is steering the development of emerging self-driving car technology, helping it advance in ways that benefit society as a whole and not just whoever can afford the latest Tesla truck or Google roadster.

As explained in a paper published this month in PLoS One, Senseable’s concept for enhancing the overall driving experience and easing traffic congestion is a “slot-based” intersection that will cause cars to slow down or speed up as they approach a crossway. This would allow each car to fit through perfect slots instead of coming to a complete stop and waiting in line. The theoretical result is a traffic ballet in which every car crosses paths in harmony.

Of course, this gridlock-killing commuter utopia faces many significant hurdles. Chief among them, every car encountering such intersections would have to be autonomous or at least have an installed device that allows robot to take the wheel and acceleration pedal as drivers approach intersection. And even if all cars could communicate with each other and a central computer, this doesn’t account for pedestrian crossings or intersections that are so close that cars don’t have enough roadway to slow down. The paper doesn’t explain how to implement this idea—it just proves that the “slower-is-faster effect” of slot-based maneuvering, which is already used in other industries—namely, air-traffic control—would also work on roads.

Regardless of the feasibility, MIT claims it is already meeting with cities about testing slot-based intersections. Soon these smart junctions could provide a glint of the upcoming autonomous car revolution.