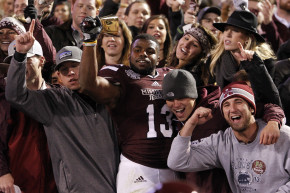 What To Do When Your Team’s Player Hits A Woman: A Fan’s Guide
By Jeff Andrews

What To Do When Your Team’s Player Hits A Woman: A Fan’s Guide 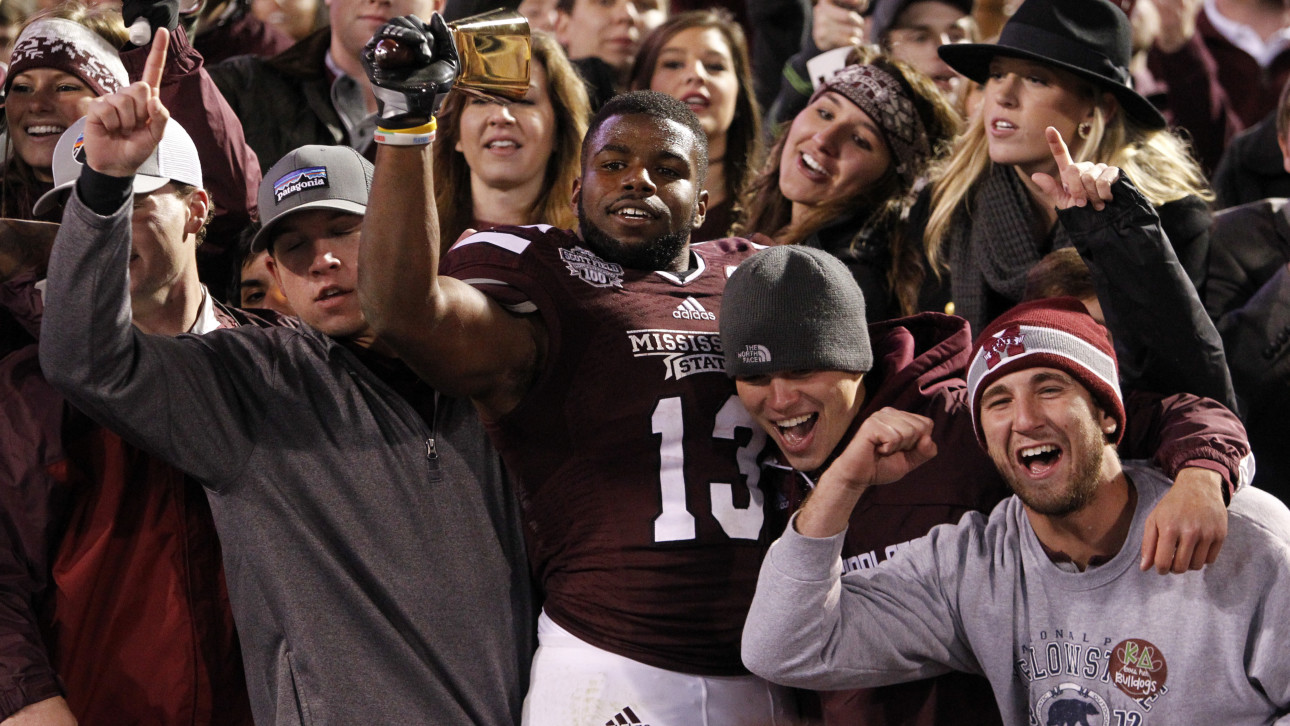 If you’re a sports fan in the year 2016, it’s inevitable that a player on your favorite team will commit violence upon a woman.

Maybe it will be “minor” and your player will just hit a woman. If it gets out of hand, maybe he also chokes her and tosses her onto a pile of guns in his living room while threatening to kill her. It’s also possible your team’s player will commit rape, as football players are wont to do.

Whatever the specific nature of the violence, this situation tends to bring up mixed emotions in fans. On one hand, hitting women is bad, but on the other hand … football! Take for example Mississippi State fans, who over the Easter weekend had to digest video of prized 2016 signee Jeffrey Simmons pummeling a defenseless woman laying in the middle of the street.

What should you expect when this happens to you? What options do you have to emotionally bury your head in the sand so that you can keep being a fan? Vocativ read the Mississippi State fan forum True Maroon on 247sports.com to get a comprehensive guide to rationalizing monstrosities committed by your favorite team’s player.

Here are the four distinct options fans have…

1. Deflect blame away from the player.

With video surfacing and Simmons’ Facebook apology, it’s hard for even the most devoted fans to outright deny that this took place. For Mississippi State fans, the next step was to simply deflect blame from Simmons. Who then gets the blame? Why the victim of course! She was asking for it, according 247Sports.com commenter Abrellbama5818.

“If she was saying bad things to him about a dead relative, she was asking for it and he won’t get arrested. It isn’t never right for any male to ever hit a female but I have seen situations where the man was absolutely forced to, to stop the altercation. When a female goes crazy on a person, sometimes it happens. I’m not saying it is right. Just saying I understand it and I am a woman.” [sic]

Commenter DaVaille took it a step further in saying that given the fallout that could seriously damage Simmons’ career, “the lady” ultimately did more harm than he did.

“So you saying Johnnie Manzel, Ray rice and Greg hardy should be kicked out of the NFL and their career ended right? Not condoning what Jeffrey did but the kid is only 17. The lady did more harm than Jeffrey.” [sic]

But what if you’re not comfortable blaming the victim? I mean, she was assaulted by a large, strong man after all. Robbie Faulk, who covers the Bulldogs for 247Sports, took the innovative approach of shifting blame to people who have nothing to do with anything, and then claimed that sending mean tweets is way worse than the “mistake” of beating a woman:

“Want to know what’s worse than Jeffrey’s mistake, go look at his mentions on Twitter. It’s embarrassing that adults feel like it’s OK to say some of the things they say to kids on Twitter. Disgusting, really.”

This might be the easiest thing to do to rid your conscience of the icky thought of enabling violence against women through your sports fandom. Numerous Mississippi State fans peered deep into Simmons’ soul and concluded that given all the negative media attention, the young man has been punished enough. Just this once, they’ll overlook it. Let him play, says goldeneye.

“Can’t turn your back on these kids when they get in trouble. That’s why I don’t get on a high horse when an OM player gets in trouble or takes a player that got suspended from another school. People deserve a second chance. … And I personally hope Dan or MSU officials don’t get on their high horse and turn their back on Simmons. … Can’t wait to see him in maroon and white.” [sic]

Some fans even consulted the teachings of the Lord Jesus Christ when rendering a judgment on Simmons, as commenter MSUbowhunter did. He concluded that God forgives, and if God forgives Simmons for beating a defenseless woman in the street, why shouldn’t they, the humble Bulldogs football fans? It is only with a desire to walk with Christ that Mississippi State fans forgive Simmons, or have you guys forgotten what Easter weekend is all about in the first place?

“This whole things frustrates me very much. Did he do wrong yes, but what gets me is all these people are crucifying a 17 yr old kid who made a mistake. It’s Easter Sunday the day that Jesus rose from the dead after dying for allour sins. In Gods eyes all sins are the same. So if God can forgive Jeffrey why can’t we? Who are we to be judge and juror. It like the bible says those without sin cast the first stone. I know I can’t pick up that rock! Can you? Sorry for my religion rant but I feel like we forget what today is about.” [sic]

Hey, watching this video may not produce the same disgust that it does in others, in which case, why not just say it out loud? That’s what commenter Marooniac did. While noting that Simmons “hasn’t been charged” and that “we don’t have all the facts,” Marooniac then presents a hypothetical scenario where it’s OK to hit a woman even though it doesn’t apply to Simmons at all. P.S. It’s “sexist” that men can’t hit women. Game on!

“Jeffrey Simmons is a kid who made a mistake after getting caught up in the heat of the moment. No on on this board was there and we don’t have all the facts. He wasn’t charged. Its clear he hit the woman, but it also seems as if he tried to break it up once or twice prior, but the woman, who started the fight, kept on fighting. … Yes, its politically correct to say a man should never hit a woman. But quite frankly that is sexist and is bullsh*t. There are women in the U.S. Army and some are very close to being in Special Forces. Those women will kick your ass. … You have every right to use any means necessary to stop an attack on yourself or a loved one, including deadly force. Even if that attacker is a female.” [sic]

“I don’t set my moral compass based on ole miss. I’d rather win 6 games a year with a team of men I’m proud of than 8 with one I’m embarrassed of. You can call me a troll or whatever it is you’d like. But I’m someone who believes in our university a hell of a lot more than I care about football wins. Let the downvotes fly.” [sic]

This comes from commenter BhamBulldog, but keep in mind that unequivocally holding the player and the university accountable for violence against women is the most extreme way to cope because it requires you to think that some things are more important than winning football games. If you can think this far outside of the box … go for it, champ. Just don’t blame us when you find yourself at home hate-watching your own favorite team because you weren’t invited to your homie’s next tailgate. Hail State!