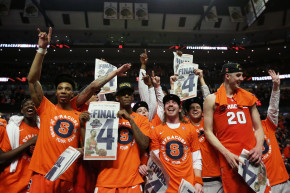 How Syracuse Beat The NCAA
By Joe Lemire

How Syracuse Beat The NCAA

Despite a historic NCAA investigation and various penalties, Syracuse is in the Final Four. Here's how... 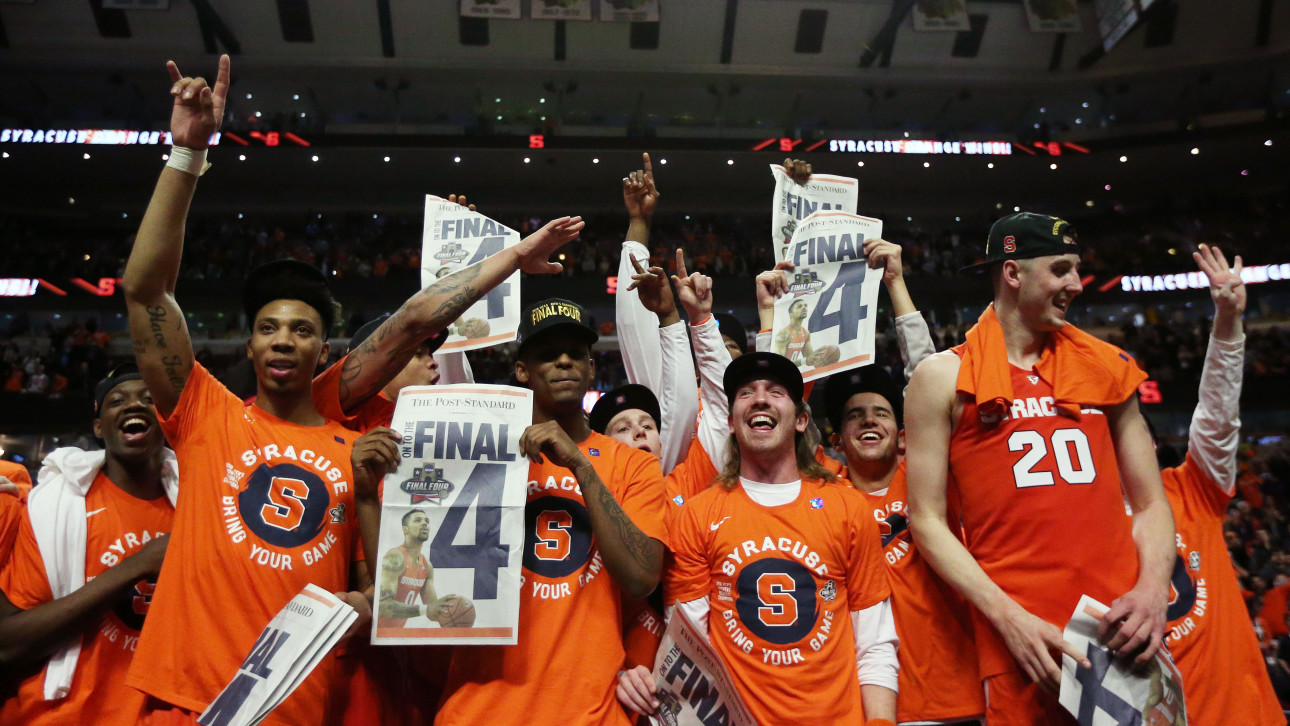 The most unlikely team to reach the Final Four may only have done so because of an eight-year NCAA investigation into rampant academic and drug violations that resulted in a 108-win vacation, a nine-game coach suspension, three-scholarship forfeitures, the loss of two recruiters, a one-year postseason ban, and a brief but traumatic Ludovico technique session (maybe).

The Syracuse men’s basketball team, a number 10 seed which staged a dramatic second-half comeback to upset top-seeded Virginia on Sunday, self-reported infractions to the NCAA in 2007, which precipitated an historically exhaustive probe—one the school chancellor noted was many times longer than the inquiry into much higher-profile transgressions, such as the fixed 1919 World Series and the 2007 Mitchell Report that delved into a decade of baseball steroid abuse.

More The Life Of A March Madness Cinderella Star, After The Dance Is Over

The investigation into Syracuse and head coach Jim Boeheim was so long, in fact, that the program couldn’t help but commit a host of more violations while it was ongoing. The final report, which came down in March 2015, listed the acknowledged problems from the 2004-07 seasons but also new ones from the 2010-12 seasons that happened while the program knew NCAA investigators were on its case.

The Orange preempted the pending NCAA findings announcement by a month last year, self-imposing a one-year postseason tournament ban immediately—cleverly doing so when the team probably wouldn’t have reached March Madness anyway and thus preserving their eligibility for this 2015-16 season that was expected to be better. Even this year, Boeheim confessed that his team had only a “50-50” chance to be invited to the dance after slogging through a 19-13 season; Syracuse was perhaps only so rewarded with an entry because the committee took into consideration that the Orange were at a disadvantage while Boeheim was suspended.

That’s how this 2015-16 team benefited from the violations; Syracuse went 4-5 in Boeheim’s absence but the NCAA Committee recognized that the team wasn’t playing at full potential—even though it was due to its own penalties —while extending a tournament bid to a team fully on the selection bubble.

That seems backwards, but at the same time, no current player was a party to the violations, so should they have been penalized for the mistakes of their predecessors and the program, writ large?

Thus persists the long-standing NCAA conundrum about how best to punish cheating programs: postseason bans may be the only appropriately harsh punishment, yet the investigations take so long that such bans typically hurt players who weren’t a part of the errors in the first place. The NCAA also loves to strip away the credit for past wins—such as the 108-win penalty that will inevitably prevent the 70-year-old Boeheim, whose career total dropped from 966 to 858, from reaching 1,000 officially—but such revisionist history doesn’t alter what actually happened on the court and what was watched by millions of fans.

However murky the recent history of Syracuse basketball and however uncertain the team’s March Madness qualification without Boeheim’s suspension, there’s only one reality: the Orange are playing their best basketball of the season this month. The numbers that matter aren’t the 108, 9, 3, 2, and 1 of their penalties but the digit 4, for the number of games Syracuse has won this month and the Final Four to which this year’s roster of unpenalized players have shown they rightfully belong.