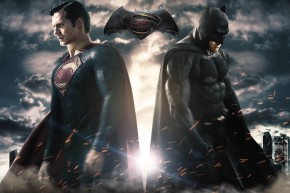 ‘Batman V. Superman’ Sucks, But The Reviews Are Great
By Leslie Horn

‘Batman V. Superman’ Sucks, But The Reviews Are Great

Why spend $13 on a garbage movie when you can just read the reviews?

Batman V. Superman, the superhero mega-movie starring Ben Affleck and Henry Cavill, opens this weekend and it doesn’t look good. In fact, reviewers hate the film so much, that the reviews themselves might end up overshadowing the film.

To help, we put together some of the best of the worst reviews. Enjoy!

A diverting entertainment might have been made about the rivalry between these two muscle-bound paladins — a bromance or a buddy comedy, an album of duets. “Batman v Superman,” directed by Zack Snyder (“300,” “Watchmen,” “Sucker Punch,” “Man of Steel”), is none of those things. It is about as diverting as having a porcelain sink broken over your head (one of the more amusing things that happens onscreen).

The film’s problems include a script, by David S. Goyer (of the “Dark Knight” series) and Chris Terrio (“Argo”), that hits a few real-world hot buttons for relevance before devolving into absurd dream sequences, mommy issues, and over-plotted mayhem. The story’s parts never quite fit together, and Snyder still has difficulty directing an action sequence with logic and flow. In one of those dream sequences — the ridiculous one with the flying bat-monkeys out of “The Wizard of Oz” — the director pulls back for a slo-mo 360-pan a la his breakthrough film, “300,” and you can feel him sigh in relief: Yeah, that’s how it’s done.

The word of the day is “joyless.” Here is Tim Grierson, writing for the New Republic:

Batman v Superman: Dawn of Justice is a joyless slog. Filled with scenes of gloomy characters confronting their demons or wrestling with their insipid moral quandaries, it’s not a superhero movie so much as it is an excruciating therapy session in which there are occasionally huge explosions and guys in capes.

In addition to being void of joy, the movie is also missing fun, says Time:

As superhero spectacles go, Zack Snyder’s Batman v Superman: Dawn of Justice is a grand one, with a mondo-operatic climax and a final shot infused with quivering, exhilarating molecules of grace. It’s also not much fun.

No fun to be had. From Variety:

The film may be imposing, but it’s not fun.

“Humorless” too, says the AV Club:

Directed by Zack Snyder, of faithfully butchered Watchmen fame, Batman V Superman takes a title fight kids of all ages have been speculating about for decades—costumed titan from the cosmos, meet costumed vigilante from the city—and invests it with all the fun of a protracted custody battle.

Slate wasn’t too kind, either:

It is worse than the widely detested Joel Schumacher Batman films, including the one with bat nipples. It is probably worse than the never-filmed Superman movie starring Nicolas Cage would have been. If Christopher Reeve is spinning in his grave right now, it’s not because Snyder’s film so egregiously ignores what might make a Superman film special (though it does!) but because the throbbing Hans Zimmer and Junkie XL score is loud enough to rattle a buried corpse. I’m a lifelong comic-book reader who is generally sympathetic to comic-book movies and even liked Man of Steel. Batman v Superman made me want to yell at the Justice League to get off my lawn.

Reviewers also agree that the plot was a complete mess. Here’s Vulture, which did not mince words, calling the movie “godawful”:

It’s a shame that Batman v Superman is also a storytelling disgrace. It has maybe six opening scenes and jumps so incessantly from subplot to subplot that a script doctor would diagnose a peculiarly modern infection: “disjunctivitis.”

Even the the music was bad, according to the San Francisco Chronicle:

Hans Zimmer’s score matches the acting, with music that is portentous and full of unearned meaning. When Superman and Batman finally meet in full costume, Zimmer is practically losing his mind, as though St. Paul and Plato, or Lincoln and Washington, or Jesus and Buddha were finally going to have a sit-down. The music is thundering and cresting, and the world will never be the same. In that moment, try to back up a second and perceive it from a distance. You might get a laugh.

The Fort Worth Star-Telegram awarded Batman V. Superman one out of five possible stars:

For those who go to the movies to see coherent narratives, Dawn of Justice is Hollywood’s latest exercise in fan service above all else, taking the usual screenplay ingredients of logic, reason and character motivation, tossing it all in a blender and filming the scraps.

Though hyped for more than a year as a Clash of the Titans epic, the final product is 151 minutes of gloom and doom. Not only is it the anti-Deadpool, it takes itself more seriously than a Best Picture Oscar winner.

A near-total drag, “Batman v Superman: Dawn of Justice” plays like a loose, unofficial quarter-billion-dollar remake of “The Odd Couple,” in which Oscar and Felix are literally trying to kill each other.

The heavyweight title bout between Batman and Superman is a smash to the senses, the same way being tossed around in a rollover car accident would jolt one’s system. That is the level of roaring, unrelenting punishment acted out in director Zack Snyder’s “Batman v Superman: Dawn of Justice,” which is at once overstuffed and undercooked. The movie crams together a Batman story, a Superman story and lays the groundwork for several side tales, all in the space of a cluttered two-and-a-half hour collision that aims to bludgeon viewers into submission.

Many reviewers agree that Jesse Eisenberg was overacting to an uncomfortable degree. Here’s Deadspin:

Oof, Lex Luthor is a drag. Jesse Eisenberg preens and over-enunciates and waxes crazily pedantic, like no one told him he’s not in a Sorkin movie anymore; his method of conveying Brilliant Insanity is to make as though he just ingested touring funk band quantities of cocaine. It is discomfiting and unpleasant.

Entertainment Weekly figures this one is so bad it’s probably worth a do-over:

There you have it. We might have just saved you 13 dollars on movie tickets.