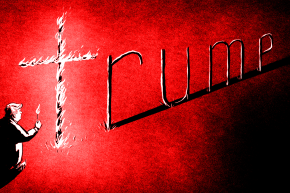 Donald Trump isn't a white supremacist, but he's one of the best recruitment tools they've ever had 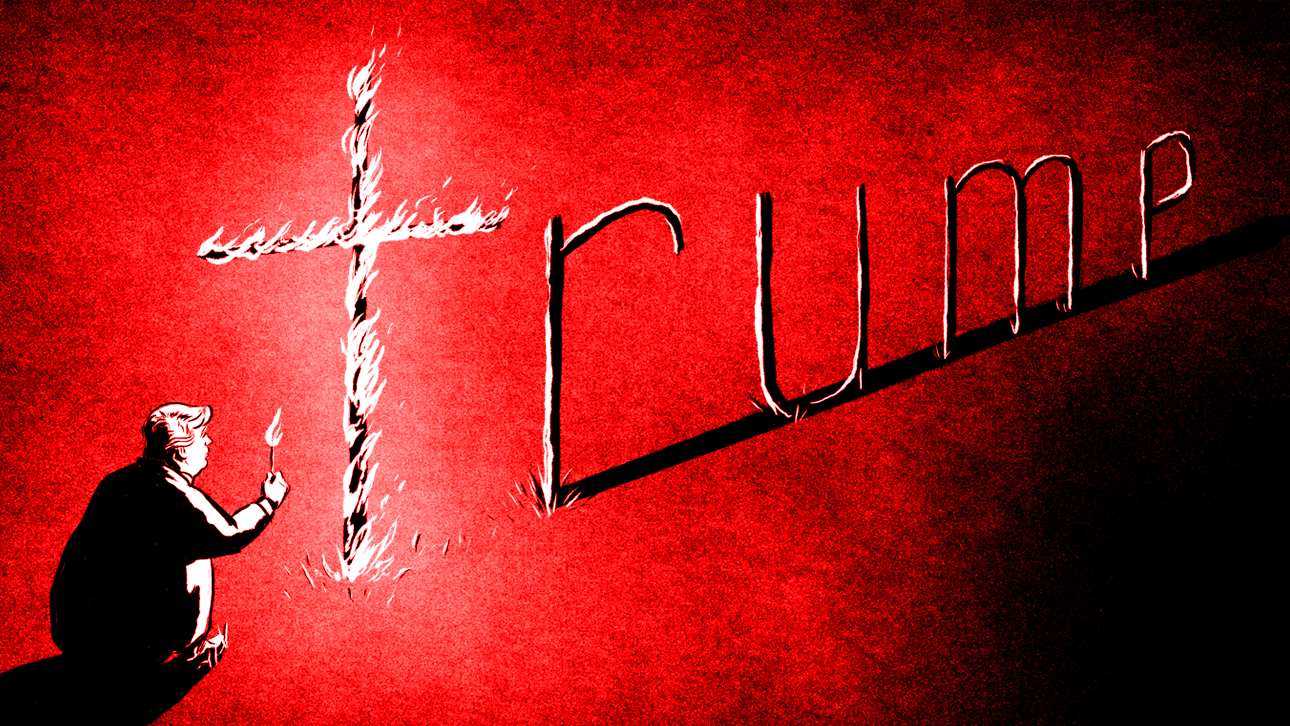 At an intimate meeting with a controversial group in St. Louis, Missouri, Matthew Heimbach, a charismatic, young wannabe politician laid out his plan to revolutionize the political discourse in this country by cashing in on the far-right-wing rhetoric of Donald Trump.

“We have the potential to reach truly millions of people with our message of European culture of faith, family, and folk—and solidarity—that the Republicans could never reach,” Heimbach told the dozen-or-so in attendance. “We have the potential to be able to work with so many of these millions of families to be able to then move them in our direction. Donald Trump is a gateway drug…we can then move them from civic nationalism and populism to nationalism for us—and these people are ready for our message.”

Heimbach, 25, made a name for himself while a student at Towson University, where he founded the White Student Union, a white nationalist organization that he bills as a civil rights group for white people. He’s since taken a turn towards white supremacy, according to civil rights experts who have tracked him since his days at Towson. He’s been described as the “face of a new generation of white nationalists.” The group to which he was speaking was the Council of Conservative Citizens, a white nationalist organization made infamous by Dylann Roof, who cited the group’s hateful ideology in an ill-informed manifesto before walking into a traditionally black church in Charleston, South Carolina, last summer and allegedly murdering nine people.

Heimbach says he and Trump—the Republican front-runner for president—are not of the same ilk.

“He is not one of us,” Heimbach said in an interview with Vocativ. But that’s not going to stop Heimbach from exploiting Trump’s exclusionary vision for America to recruit members to his up-and-coming political party, the Traditionalist Worker Party. He hopes to move more towards the mainstream with Trump’s help; Heimbach credits Trump’s unorthodox campaign with creating the political climate that’s enabling his movement to thrive.

“He’s not a white nationalist,” Heimbach said. “There are some people within our cause [who] are over-eager about him, saying that he’s a white nationalist. He’s not one of us and everyone needs to know that. But he’s opening political space. He’s definitely opening up political space for people like ourselves to talk about things like immigration and national identity.”

Trump’s campaign has torn down walls of political correctness, Heimbach said, and brought views like his into the mainstream—closeted bigots now feel safe to reveal themselves behind an unapologetic candidate’s fantasy-land rhetoric about building walls and banning Muslim refugees. Heimbach is not supporting Trump, or anyone else, in this year’s presidential election. Rather, he’s pouncing on those Trump brought out of the woodwork.

“What a lot of white supremacists feel is their agenda is part of Trump’s platform,” said Marilyn Mayo, a research fellow at the Anti-Defamation League’s Center on Extremism. “He’s mainstreaming some of their ideas. There are a lot of disaffected whites who are supporting Trump and those are the people Matthew Heimbach wants to reach. If they can reach those people, they have a ticket to bringing about change. Trump’s making that happen.”

The ADL started tracking Heimbach after he formed the White Student Union at Towson. Mayo said she’s watched as he’s become more and more radicalized. The bigger problem, she said, is how smart he is—he’s not wearing swastika armbands and screaming “white power” like other white supremacists. Heimbach comes across as a calculating, intelligent guy with a real plan to elevate his party’s agenda.

“What’s different about Matthew Heimbach is this: you have the tattooed racists who wear their hate on their sleeves. Then you have the intellectual, business-suit racists like Jared Taylor (a Yale-educated white nationalist) who wouldn’t be caught dead with a white power tattoo. Heimbach is somewhere in between. He’s the youthful leader…he’s the bridge between hardcore racists and the intellectuals,” she said.

Heimbach’s Traditionalist Worker Party is not participating in the 2016 elections—he’s using this election cycle to organize and draw in any of the disaffected white people who have come out of the shadows to support Trump, but also recognize that he is not as supportive of their agendas as he may want them to believe.

“The idea is local solutions to the globalist problem,” Heimbach said. “Trump is showing that normal people are very strong…we can take that to the local level—the city council, school boards, maybe state legislatures. It’s definitely going to be a major step forward. We’re probably not going to win the presidency tomorrow, but we’re gonna have a voice. We’re going to empower middle-class white people to realize that they can raise their voice.”

Heimbach says he doesn’t consider himself to be a racist, but rather an advocate for the white race the same way other activist groups, like Black Lives Matter, are advocates for theirs. He says every racial or religious community has the right—even the duty—to advocate for their people rather than participating in the melting-pot theory on which the U.S. is based. “We’ve always been outwardly very supportive of other racial groups,” he said, adding that he and other members of his group went to Charleston after the shooting at the church to stand in solidarity with the black community. He maintains that his group is non-violent.

The ADL and other civil rights organizations disagree.

“Guys like him say this stuff. They say they don’t feel that way,” the ADL’s May said of Heimbach’s claim that he’s not a racist. “But if you read their stuff, and listen to the things that they say, it’s clear that they do.” Indeed, swastikas and pictures of Adolph Hitler are proudly displayed on the website of the Traditionalist Youth Network, a group Heimbach helped start and that is linked to his Traditionalist Worker Party.

More What’s In A Name? The Problem With The “Hate Group” Label

Heimbach’s reach has only grown since Trump entered the race in June of last year, as evidenced by his social media presence. When Trump announced his candidacy, Heimbach was mentioned on Twitter 54 times a month. In March of 2016, Heimbach got nearly 9,000 mentions.

While Heimbach told Vocativ his group is non-violent, his speech to the CofCC in St. Louis suggests otherwise—”We are at war,” he told the group. “Whether we want to admit it or not, we’re at war.”

“Racial conflict is coming to the United States,” he continued. “And not in some bizarre survivalist fantasy novel from the 1980s. But it is coming. If you saw what happened in Chicago and did not understand this as a racial conflict you would have to be blind. Black Lives Matter and their associated groups shut down a Donald Trump rally.”

“Mr. Trump has disavowed all such groups,” his spokeswoman Hope Hicks wrote in an email when Vocativ asked the Trump campaign for comment on whether their candidate’s rhetoric has fanned the flames of racial tensions and inspired people to join groups like Heimbach’s.

Trump may disavow groups like Heimbach’s, but he is still inspiring them.

“When Trump tweets stats from a neo-Nazi they feel validated,” said the ADL’s Mayo. “They feel like their ideas are being validated. There’s the sense that people are afraid to say certain things because they’ll be called a racist. But there’s this general sense that you can say things now that people weren’t able to say before. And these groups like Heimbach’s are gleeful. Trump made that happen.”