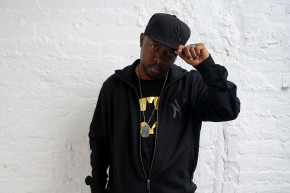 Malik Taylor, a.k.a. Phife Dawg, of the legendary hip hop group A Tribe Called Quest has died due to complications from diabetes. He was 45. Tribe is responsible for some of the most classic hip hop albums of all time, and Phife, for his part, is behind some of the most memorable rhymes ever recorded. The hip hop community has immediately taken to social media to remember the five-foot assassin.

At the time of publish, the tributes were still rolling in, but Vocativ analyzed Twitter activity to find that since about 10 a.m. EDT, there were roughly 70,000 tweets with the #RIPPhifeDawg hashtag. Here are some of the very best of those remembrances.

Houston rapper Bun B shared a little anecdote on Instagram:

Damn. At a loss for words. I remember meeting Phife in Houston in like 93. He was back and forth visiting a girl here. He popped up in High Rollers one night and nobody recognized him except me. We talked all night. He was a great spirit, an amazing artist, and a good person. Loves his sports. This pic is us discussing sports with @therapplife and @corymomusic in Austin @nicekicks #RIPPhifeDawg

Chance the Rapper had a nice memory, too:

Me watching the big bros Bussa Buss and Phife speak, and just nodding and taking mental notes. True legends. #RIPPHIFE AYO BO KNOWS THIS & BO KNOWS THAT BUT BO DONT KNOW JACK CAUSE BO CANT RAP well what do you know A photo posted by Chance The Rapper (@chancetherapper) on Mar 23, 2016 at 6:43am PDT

Questlove had a great story about how The Low End theory affected him the first time he heard it:

Phife forever 1970-2016. 1991 in Sept I went to visit Tariq at Millersville U in the middle of PA (Lancaster). Miles Davis had just passed & I went on a binge to study his post jazz works. Went to Sound Of Market to purchase Nefertiti, In A Silent Way & Live Evil—the only non jazz purchase I made that day ironically was the most jazziest album in that collection: #TheLowEndTheory by @ATCQ. —it was raining that day so somehow the 1…2 punch of “Nefertiti”/”Fall” just had me in a trance that train trip—even though I suspected there was a possibility that Tribe could possibly have made a better album then their debut (the perfect @@@@@ mic Source rating would be on stands in a week so I was right)—but I knew I wanted to save that listening for when I got up to the campus w Riq.—so some 90mins later when I get to his dorm–we ripped that bad boy open (I can’t describe the frustration that was CD packaging in 1991, just imagine the anger that environmentalists feel when all that paper packaging in Beats headphone gets wasted—it’s like that)—the sign of a true classic is when a life memory is burnt in your head because of the first time you hear a song. —Riq & I had this moment a few times, but the look on our faces when we 1st heard “Buggin Out” was prolly Me & Tariq’s greatest “rewind selector!” moment in our friendship. (Back then every MC’s goal was to have that “rewind!!!” moment. As in to say something so incredible. Or to catch you by surprise that it makes you go “DAAAAAYUM!!!”& you listen over & over—Malik “Phife” Taylor’s verse was such a gauntlet/flag planting moment in hip hop. Every hip hop head was just…stunned HE. CAME. FOR. BLOOD & was taking NO prisoners on this album (or ever again) we just kept looking at the speaker on some disbelief old timey radio Suspense episode. & also at each other “Phife is KILLIN!”–by the time we got to “Scenario” I swear to god THAT was the moment I knew I wanted to make THIS type of music when I grew up–(yeah yeah dad I know: “go to Juilliard or Curtis to make a nice living at “real music”) but he didn’t know that Phife & his crew already wrote my destiny. I ain’t look back since. THANK YOU PHIFE!

Damn #RIpPhifeDawg I remember ya’ll did the video around the way on Linden Blvd on top of the Cleaners..The entire hood was out there..it let everyone feel like they had a chance to make it out. Nuff Respect..we gon miss you bro! Rest In Paradise 😞🙏🏾 A video posted by djclue (@djclue) on Mar 23, 2016 at 1:40am PDT

Kendrick Lamar paid tribute to Phife at a show in Australia: https://twitter.com/Hemsworthxo/status/712632160180707328 Here’s a pic from producer and DJ Statik Selektah:

10 years ago. My first real nationwide tour. A Tribe Called Quest. Rest in peace Phife Dawg. “Legend” is the biggest understatement possible. Love to the fam.

And here’s a pic from Public Enemy:

R.I.P. to the late, great Phife Dawg of A Tribe Called Quest from all of us in the PE family. @ATCQ @MrChuckD pic.twitter.com/pRQ2CaLwv6