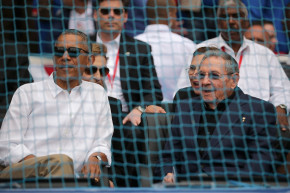 Somehow, no one noticed that a pseudo-Marxist guerilla group was in attendance 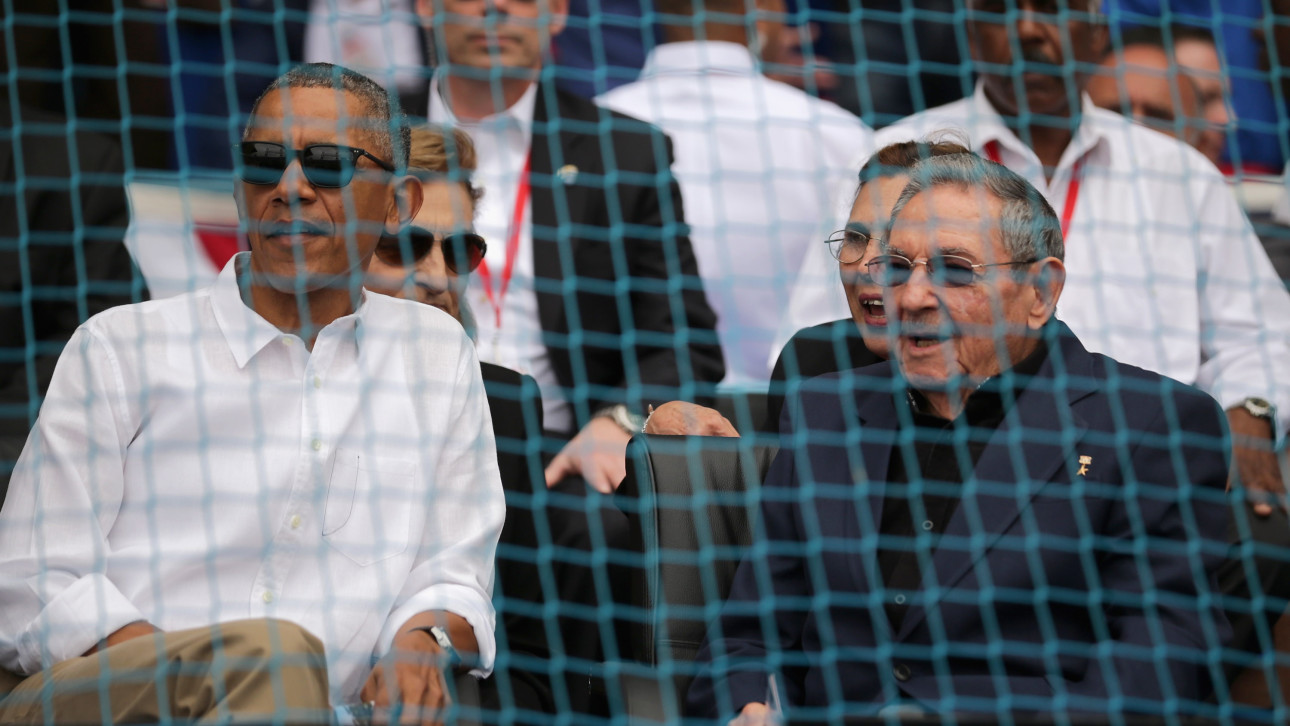 This is just a bad look. On Tuesday, as part of President Obama’s tour of Cuba, he and Raul Castro sat in the front row to take in an exhibition game between the Tampa Bay Rays and the Cuban National Team. At one point, he and Castro even did the wave.

What the President may not have been aware of is that also in attendance were “40 members of Colombia’s FARC (Fuerzas Armadas Revolucionarias de Colombia) rebels including their leader Rodrigo Londono,” who are in Cuba to negotiate “peace talks with the Colombian government,” according to Reuters. FARC negotiator Pastor Alape confirmed their presence, calling the game a “symbol of peace.”

Yes, there are plenty of reasons to feel a sense of joy or relief at the sight of the sitting U.S. President taking in a ballgame in Havana. “It is about seeing the Cuban people in the real Cuba,” Eric Nusbaum, whose mother fled in 1960, wrote at VICE Sports. “Not clinging to rafts, or playing right field at Dodger Stadium, or in some imaginary version of the country in which it’s still 1959 and everybody is playing dominos all day.”

It’s equally possible to see the game as yet “another loss,” as ESPN’s Dan Le Batard, also the son of Cuban émigrés, wrote, “Like watching a funeral morph into a party. The history of my own people feels like it is being either ignored or trampled, and I’m not quite sure which of those feels worse.”

But if this game was about cooling the decades of hostility and mistrust between the two neighboring countries, whoever was charged with planning the final leg of the tour royally screwed up by inviting FARC.

The FARC is an approximately 8,000-strong gang that was officially declared a terrorist organization by the U.S. Secretary of State in 1997. Their 50-year war has ravaged the Colombian countryside, resulting in hundreds of thousands of deaths, including “more than 21,000 unmarked tombs and graves nationwide containing so-called NNs, or no names, the term used to describe the anonymous dead,” according to the Guardian.

While the FARC started out in 1964 as a Marxist guerrilla group fighting against a ruthless, CIA-backed Colombian government, the group has since lost much, if not all, of its ideological credibility thanks to its targeting of civilians and activists. Further, the FARC has become quite wealthy as a group that “camouflages its illegal activities under the cover of political ideology.”

“Experts estimate that FARC takes in between $500 million and $600 million annually from the illegal drug trade,” according to the United Nations. “The FARC also profits from kidnappings, extortion schemes, and an unofficial ‘tax’ it levies in the countryside for ‘protection’ and social services … According to a US justice department indictment in 2006, the FARC supplies more than 50% of the world’s cocaine and more than 60% of the cocaine entering the US.”

Granted, the fact that the rebels were present in the same 31,000 seat stadium as President Obama should in no way be seen as any kind of endorsement. But perhaps Secretary of State John Kerry, who was also seated in the VIP box, could have whispered to his boss that this might be a possibility, given that a few days prior he met with “members of FARC’s ruling secretariat,” and the Colombian government to help broker the peace talks, according to the Guardian.

As a gesture of warmth, FARC “leader Rodrigo ‘Timochenko’ Londono gave Kerry a signed copy of the Spanish-language book Resistance of a People in Arms, a compilation of the personal diaries and letters of FARC founder Manuel ‘Sureshot’ Marulanda, who died in 2008 at age 78. The inscription in Spanish says the book tells part of the story of an ‘insurgent organisation that today is preparing to transition to a legal political movement.’”

“An estimated 1,000 children—or one child a day—were recruited and used by armed groups and militia … there were nearly 18,000 cases of sexual violence against children and adolescents in 2013, representing over 80 per cent of all reported cases. Some 70 per cent of cases involved girls under the age of 14.7. According to national data, 180 children—mostly girls—were victims of sexual violence committed by parties to the conflict in the last three years.”

Given the level of security that goes into a president going anywhere to do anything, maybe next time it would be a good idea to make sure that a violent guerilla group isn’t in attendance at an event that is supposed to smooth out international relations. Just an idea.