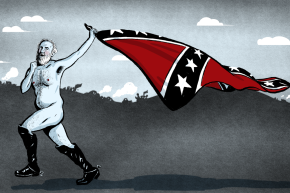 Did A Confederate General Help Make Streaking A Thing?
By Jack Moore

Did A Confederate General Help Make Streaking A Thing? 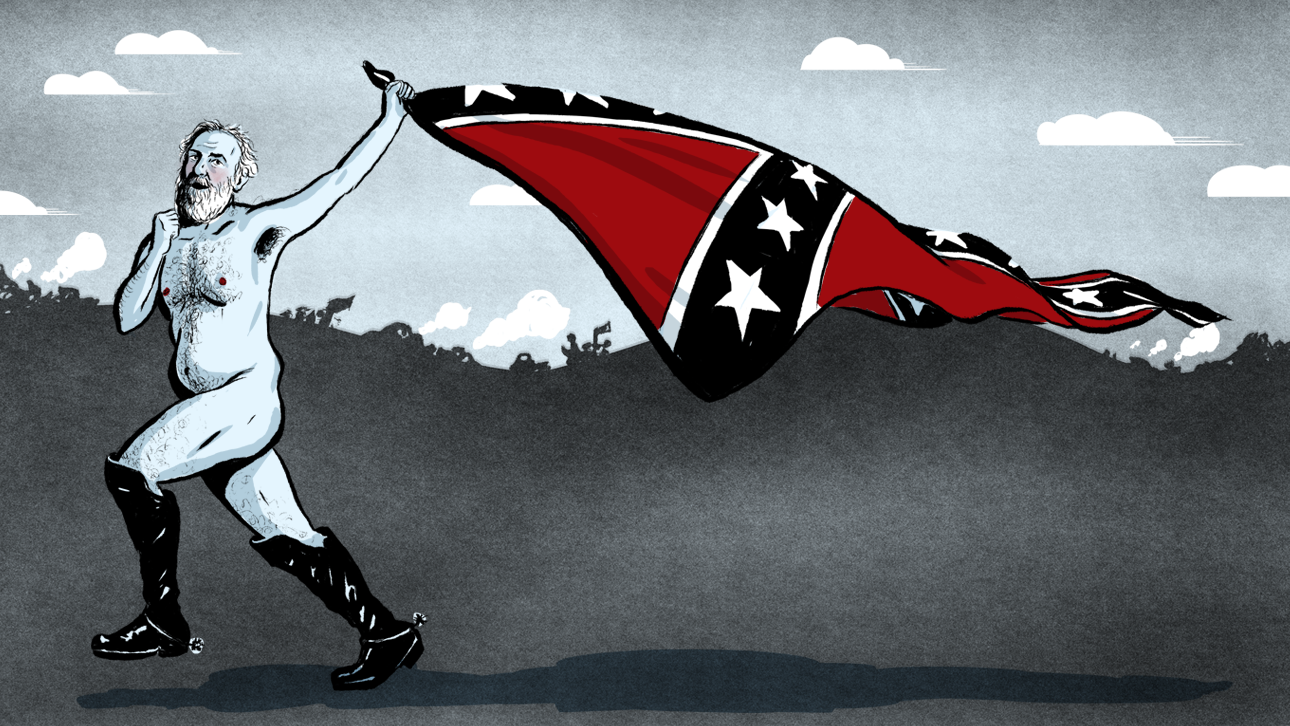 Since 1973, when the wave of streaking took over college campuses across the country, no form of protest has been more ubiquitous at sporting events than the naked sprint. From college campuses across America to a memorable incident on a rugby pitch at Twickenham in England, nude fans of the mid-1970s streaked into the sports pages, earning consistently hilarious photo-ops for their willingness to bare it all.

Streaking, of course, existed well before the ’70s, but as a social ritual it was largely confined to universities, where it was considered either a rite of passage or something to do after consuming large quantities of alcohol—preferably both.

And far from subversive or risque, streaking was instead the domain of educated men like George William Crump, the first documented American streaker, caught in 1804 at Washington College, now Washington and Lee University in Lexington, Virginia.

Crump went on to serve in the U.S. Senate and as U.S. Ambassador to Chile, as Washington and Lee University proudly advertises on its website. That website also claims, “You’re not a full blooded W&L graduate unless you take it all off & run the length of the old Colonnade.”

But the practice’s most famous early proponent may be Confederate General Robert E. Lee, president of the university from his defeat in the Civil War in 1865 until 1870, who is said to have personally endorsed the practice as a rite of passage for Washington and Lee students. Popular as the story may be, no primary sources have it nailed down to the point of certainty and so the delightfully weird idea that an icon of the Confederacy believed streaking to be a manhood-affirming act must remain in the realm of the apocryphal. Still, any opportunity to blame a general of the Confederacy for something must be taken advantage of.

By the mid-70s resurgence, however, streakers weren’t engaged in a rite of passage; this new trend from the kids required a different explanation. In 1974, Dr. Theodore Crane of the University of South Carolina suggested streaking was a revival of an ancient Roman tradition.

More Yetis, UFOs And The Still-Unvolved Death Of 9 Russian Hikers

According to the Associated Press, Crane said “after sacrificing goats, some Roman men ran nearly naked through the streets, lightly striking persons along the way with goatskin thongs. A woman hit by a thong was supposedly made more fertile.”

That same year, a group of students at Xavier University organized what they described as “the first integrated coed streak since Moses crossed the Nile.” In part because of their Bluto Blutarsky-esque geographical creativity, the Xavier students and most of the other so-called streaking protests were treated as jokes by the press.

And to be fair, most of them were and are jokes. At best, they’re stunts, all about the spectacle. The most memorable involve some sort of theatrics—see the guy who tried to score a goal off a European football team, or the woman who stole a kiss from Tiger Woods at the British Open. They’re memorable for the chase or for the takedown. They inject a moment of chaos into the otherwise orderly world of sport and, however briefly, turn the entire thing on its head.

But that doesn’t mean streaking is a radical act or can’t serve conservative ends. “The streaker’s normalcy—his whiteness, maleness, youthfulness, middle-classness, and supposedly apolitical nostalgia for the innocence of 1950s America before feminism and civil rights—made him the ideal representative of the status quo ante,” Bill Kirkpatrick, professor of media and cultural studies at Denison University, wrote in 2010.

“The many commentators contrasting streakers with 1960s protesters throw this construction into even sharper relief. For example, Time distinguished streaking from more threatening student activity when it claimed that ‘folks are simply grateful that students are no longer rioting or building bombs.’ The New York Times wrote that streaking had led to ‘generally favorable comparisons with some more violent campus demonstrations of the nineteen-sixties'”

Of course, not everything has to be done in service of a revolution. Sometimes people do things because they’re fun. But for something so often framed as rebellious or anti-establishment, streaking as a political act typically lacks teeth. Denison quotes a writer published in the University of Iowa student newspaper Daily Iowan in 1974 to illustrate this point sharply:

“[That’s] why streakers don’t get busted. Streaking’s … not directed against entrenched power. Just them kids having a good time. … If we had ‘Streakers for Socialism on Wall Street, or ‘Asses for Ecology’ streaking General Motors, or blacks streaking George Wallace with ‘SEX!’ painted in DayGlo on their protruding places, there’d be a lot of naked people in jail.”

That’s why we laugh at streakers at sporting events, but a feminist protest like SlutWalk is considered “controversial.” It’s why a streaker at a sporting event gets a standing ovation from the crowd, but if Black Lives Matter protestors show up—fully clothed no less—they’re received with anger and hate. The streaker’s naked body is shocking for an instant, but order is swiftly restored when the cops drag them off or, if the audience is really lucky, an athlete gets into the action.

There’s nothing inherently radical or even political about running around naked. Even a man like Robert E. Lee, who certainly didn’t embrace streaking because of its value as a path to liberation, can find a use for it. Our fascination with the streaker lies in that brief moment of shock and chaos, followed by the swift and often violent restoration of order.

The streaker isn’t a protestor, he’s a clown, a jester, and he asks one main question: Are you not entertained?