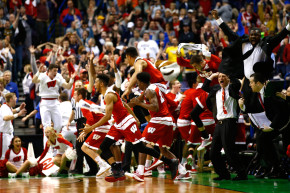 The Best Moments From This Weekend’s March Madness, Ranked
By Jeff Andrews

The Best Moments From This Weekend’s March Madness, Ranked 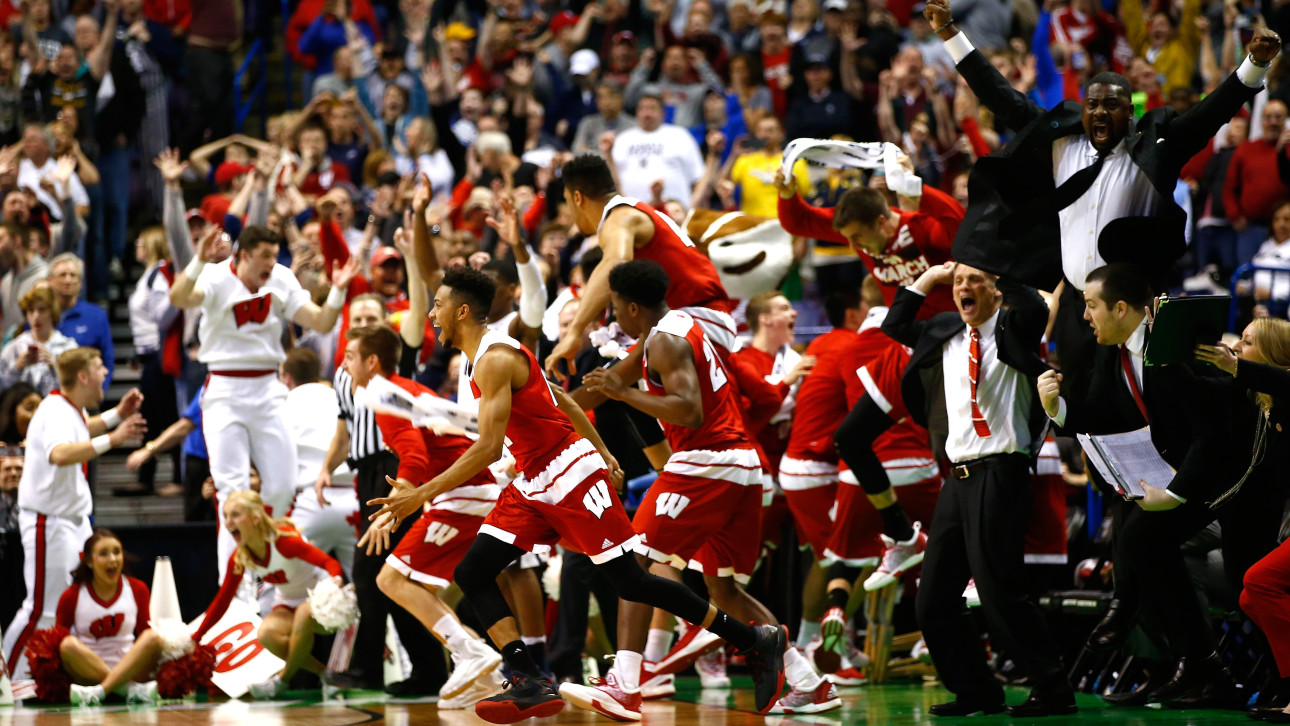 The first weekend of the NCAA tournament saw a 15-seed beat a 2-seed, a team win after trailing by 12 with 44 seconds left, and a half-court buzzer-beater to win a game. And those were just the highlights in a topsy-turvy opening weekend during which eight teams with a seed in the double digits won a game in the first round.

Fans had plenty to choose from as the most exciting moment over the four days of play, but using our deep web technology, we let social media data speak for them. Tracking use of the hashtag #MarchMadness on a minute-by-minute basis, we identified the five highest peaks in use of the hashtag and attached them to moments from the tournament to identify the most exciting moments:

Wisconsin had an up-and-down season after Bo Ryan’s surprise mid-season retirement, but the Badgers have made the most of their tournament appearance. After slipping past Pittsburgh in the first round, Bronson Koenig hit a fade-away 3-pointer at the buzzer to give Wisconsin 66-63 win.

Sandwiched around Koenig’s big shot was A&M’s unreal comeback against Northern Iowa. Beginning at 10:21 p.m. ET, Twitter chatter spikes above 1,000 tweets per minute and only briefly dips below that mark as until 11:11 p.m., the most voluminous stretch of chatter over the whole four days.

Yale’s shocking win over Baylor Thursday afternoon was the first big moment of the tournament, pushing Twitter chatter to 3,791 tweets at 5:33 p.m. With Baylor having a strong regular season and Yale mired in the sexual assault scandal involving expelled captain Jack Montague, this was suppose to be an easy win for the Bears.

2. Northern Iowa beats Texas on half-court shot at the buzzer.

Texas seemingly sent this game to overtime by tying the game with 3 seconds left, but Paul Jesperson’s desperation heave at the buzzer banked off the backboard and in. Twitter chatter reached 5,736 tweets at 12:19 a.m. early Saturday after the shot went in.

Yes I was that idiot. Do it for the vine Northern Iowa https://t.co/mr0SEZaeHV

1. Middle Tennessee shocks Michigan State in the first round.

In what has to be considered one of the biggest upsets in NCAA Tournament history, Middle Tennessee ruined brackets across the country by becoming just the eighth 15 seed to win a tournament game. At 4:56 p.m. ET, Twitter volume for the hashtag #March Madness reaches its four-day peak at 6,735 tweets in a minute.