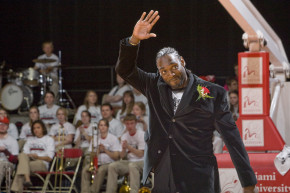 The Life Of A March Madness Cinderella Star, After The Dance Is Over
By Joe Lemire

The Life Of A March Madness Cinderella Star, After The Dance Is Over

Miami of Ohio's Devin Davis was a one-tourney March Madness wonder. Here's what he's up to 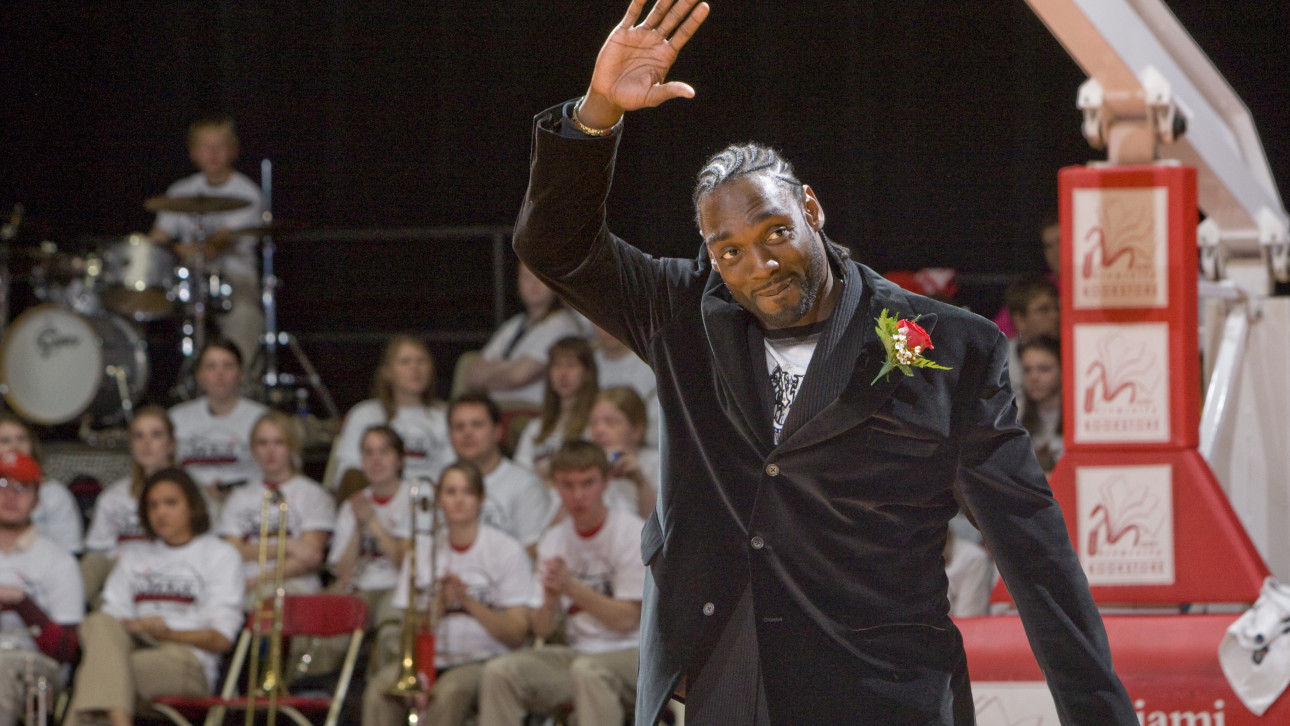 Every March Madness breeds its share of breakout stars from mid-major conferences and even from nondescript leagues. Last week’s first round featured a pair of 12-seeded snipers—Yale’s Makai Mason and Arkansas-Little Rock’s Josh Hagins each scored 31 points—and a 14th seed scorer in Stephen F. Austin’s Thomas Walkup. This is familiar territory, previously trod by Valparaiso’s Bryce Drew in 1998, Providence’s God Shammgod in 1997, and Miami of Ohio’s Devin Davis in 1995.

Many of these first-weekend wonders don’t have NBA prospects, so what happens to these one-tourney wonders?

Back in 1995, Davis was a sophomore forward for a Miami team that  was an unknown No. 12 seed given little chance against No. 5 Arizona, which featured the Pac-10’s leading scorer, Damon Stoudamire. Instead, Davis scored 24 points and snagged 15 rebounds in an upset victory; he was the game’s star player not just for his surprising low-post presence belied by a modest 6’6” frame, but also for his dreadlocks.

After the game, Arizona center Joseph Blair said, “Damn, that guy with the hair, he can play.”

Miami lost to Virginia in round two, but Davis had his One Shining Moment.

“It definitely had a lot to do with recognition,” Davis said over the phone. “I think a lot of people didn’t know who I was before that. It put a spotlight on my back in terms of, ‘Who was the guy with the hair?'”

Double-takes weren’t enough. Davis said he was often subjected to triple takes, including one by a man at a gas station near Dayton, who left a car to say, “You don’t look as bad as you look on that TV. You’re a nice-looking dude in person.”

“I didn’t know if that was a compliment or what, but whatever,” Davis said with a laugh.

David had one more NCAA tournament appearance when he was paired with a young Wally Szczerbiak, but they lost in the first round. Davis ranks third among Miami’s all-time scoring leaders (behind longtime NBA guard Ron Harper and Szczerbiak) and third among career rebounders. He and Szczerbiak were both inducted into the school’s athletic Hall of Fame in 2008.

Davis went on to a successful professional basketball career internationally, playing 14 years including 10 in Spain, three in Argentina (where he played with Pepe Sanchez), and partial seasons in the Philippines, Mexico, Uruguay, and Russia with Dynamo Saint Petersburg where he played for future Cleveland Cavaliers coach David Blatt, but his American legacy will always be that NCAA tournament win. (He kept the dreadlocks until 2004.)

Davis had workouts with NBA teams but never made a roster; later in his career he was making enough in Spain—where he was a top-10 player and two-time All-Star—that anything shy of a guaranteed contract wasn’t worth the effort. He did, however, have the respect of his peers.

He remembered running into Chauncey Billups in his native Miami and Billups asking, “Double D, where you been at? I knew you were going to be here with us.”

“One thing I’ve learned about the game is that the game is full of politics, and you can make it and sometimes you don’t,” Davis said. “The dice rolls, and it comes out that way.”

Upon retiring in 2013, Davis connected with an old high school coach from his native Miami, Fla., Anthony Grant, who was then the head coach at the University of Alabama. Davis, 41, served as a strength and conditioning coach for a year (where many players were born the same year as his 1995 tourney performance), then took a year off to get married and spend time with his new wife. He hopes to get back in the game, perhaps at the college level again, but his real passion is in player development.

“My dream, I would like to be a developer in the NBA, at the next level,” Davis said. “I feel like I have a lot to offer, with being who I was and all the things I’ve accomplished. I think I did pretty good. I’m sure I could help. I know I can help.”

Davis calls himself “old school” and says the NBA game has fallen off as skills and fundamentals have waned.

In that 1995 upset, Arizona made a late run to cut Miami’s lead to two points with 29 seconds remaining when Davis netted a two from the low post to help seal the win.

Not too long ago, Davis saw Stoudamire and said there was some good-natured teasing. “It’s all in fun,” Davis said.

The commonality Davis shares with all the one-tourney wonders was the attitude espoused before their upset victories.

“Big school versus small school, you’re not supposed to win,” Davis said. “What’s to worry about?”