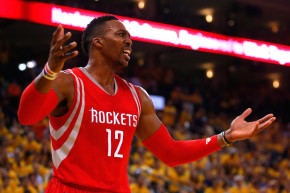 Dwight Howard has done a lot of dumb stuff, so we ranked the dumb stuff for you. You're welcome 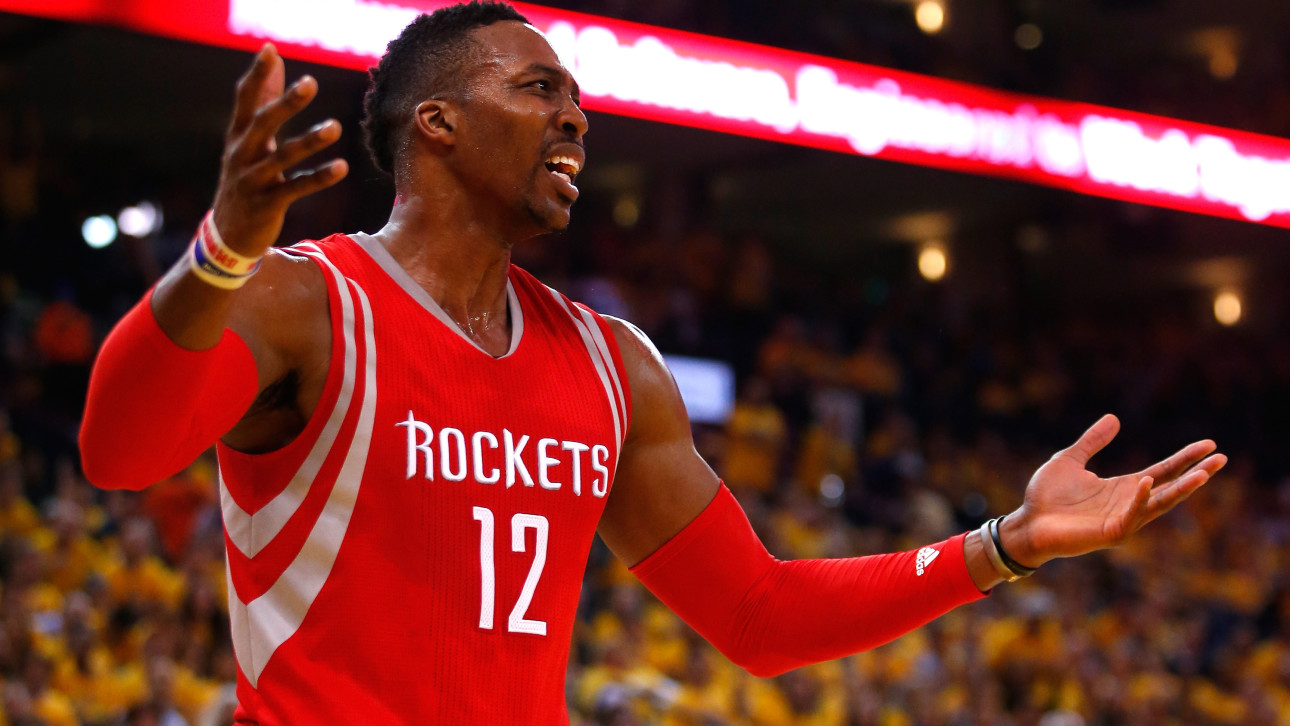 If you had to guess which NBA player might get busted for coating his fingers with a banned, sticky substance, there’s really only one answer: Dwight Howard.

On Saturday night, Howard’s Houston Rockets were facing the Atlanta Hawks. Early in the first quarter, Paul Millsap stepped to the free throw line and Howard “sprayed his hands with a can covered in white tape.”

“I’ve never felt the ball like that ever,” Millsap said according to the Atlanta Journal-Constitution. “It was sticky. It was like super glue or something was on there. I couldn’t get it off my hands. It was the weirdest thing ever.”

And yes, though it’s legal for NBA players to use rosins and other substances to reduce perspiration (LeBron James’ pre-tipoff chalk toss being a prime example), you can’t go full Lester Hayes. The Rockets clearly knew this, given that the spray canister was wrapped in white tape and, after referee Monty McCutcheon approached the bench, head coach J.B. Bickerstaff feebly tried to cover up the crime.

Take a gander at the video. Millsap’s wince, like he’d been handed a giant, month-old moldy orange, is particularly priceless.

Naturally, Howard didn’t seem to get why turning a basketball into a used gumdrop might not be the best idea.

“I don’t know why people are making a big deal out of it,” Howard said according to the Houston Chronicle. “I do it every game. It’s not a big deal. I ain’t tripping.”

That’s Howard in a nutshell: a seven-foot man-child desperate for the world to know what an endearingly blithe, unspoiled embodiment of pure id he is. Stories about Howard spending his days in his hotel room during rehab “building Legos, playing video games and watching cartoon movies” while the staff brought him piles of cookies might be endearing, if it all didn’t read as so horribly forced and branded, like a ceaseless reenactment of all the treacly scenes from Big.

With that in mind, let’s rank some of—because there really isn’t time to delve into all of them—Howard’s dumber, faux-innocent goofery.

Ever take your kid to a ballgame? Inevitably, like a crow, said child will gravitate towards the shiniest, dumbest item at the concession stand, the one that you know he or she will treasure for a few hours, and then immediately forget about, even though it put a not insignificant dent in your wallet. You know, like a giant foam cowboy hat. Yep, that’s what Dwight picked out when he attended an Astros game in June.

4. Skittles Are A Fruit

Does Howard love Skittles? Yes, Howard loooooves Skittles. Granted, this is before he switched up his diet and stopped consuming “the equivalent of 24 Hershey bars a day.” But I’d wager he hasn’t completely kicked his habit, considering he used to gobble Skittles up by the fistful, “along with some popcorn (‘Like I’m going to see a show,’ he says) and washes it down with some Gatorade.” It’s cool, though, according to the world’s worst dentist.

“Howard said he has been eating the rainbow-colored candy for his entire life and says his dentist has endorsed his eating of the candy as long as he follows one rule,” Darren Rovell wrote. “He told me I could eat them as long as I flush my mouth out with water to get the sugar out.”

Over the course of the Dwightmare—the 18 months that Howard jerked around multiple franchises—the absolute peak arrived during a pre-game scrum in which then-Orlando Magic head coach Stan Van Gundy unequivocally stated that yes, Dwight was trying to get him fired.

Moments later, Howard ambled in, blissfully unaware of what Van Gundy had told the press, grinned, put his arm around his coach, and said, “Stan, we’re not worried about that, right?”

2. Freedom Is A Mistake

There’s one recorded instance of Howard expressing an opinion about the larger world, when he tweeted #FreePalestine at the height of the 2014 Israeli bombings in Gaza.

Of course, he quickly deleted it and apologized for ever having an opinion about anything, calling the tweet a “mistake.”

1. This Is A Guy You Want To Be Heavily Armed, Sure

There’s a lot of weirdness to sort through in this overly-long, fawning profile of Howard by Bleacher Report’s Jared Zwerling, but for our purposes, we’ll focus on Howard’s pets and guns. He has 20 snakes, including boa constrictors named after Mickey and Minnie Mouse that are housed in a $70,000 South America-themed tank.

“Minnie has this pretty face and these pretty eyes,” Howard said. “And now they have these beautiful babies. They’re just all bunched up right now like they love each other [he smiles and hugs himself]. It’s so cool to see. I even had a baby monitor for Minnie [when she was pregnant]. You had to watch everything that she did.”

Should one of the snakes escape, Howard’s not wanting for home protection. He’s the proud owner of more than 50 firearms, “including shotguns, semiautomatics and handguns, such as one of his favorites, a gold-looking Desert Eagle pistol. He also collects, just for show, miniguns and bazookas.”

And yes, Howard was dumb enough to bring one with him to the airport in a carry-on bag. (A gun, not a snake, though the latter remains a possibility.)