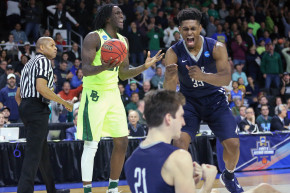 Is it lit? What's a rebound? How many Dave & Buster's tickets do you have? Yes, it's that stupid 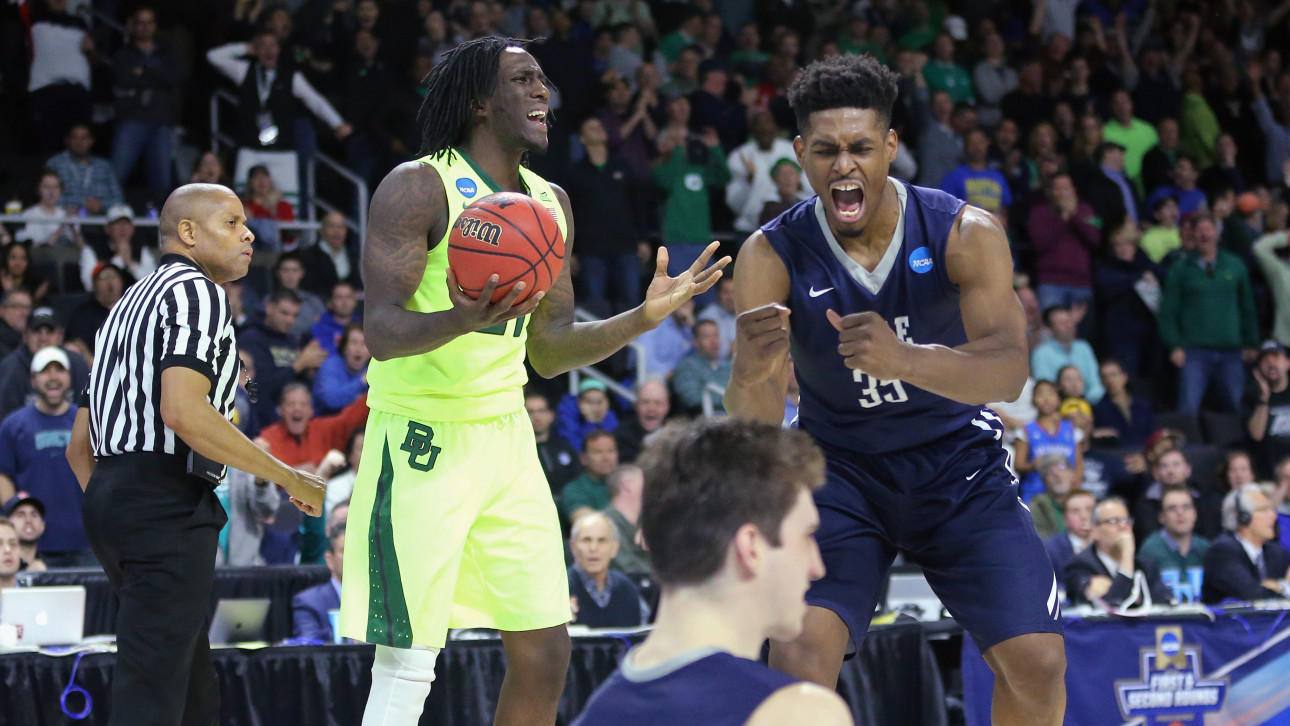 “How does Baylor get out-rebounded by Yale? How does that happen?”

Baylor senior forward Taurean Prince, who only had four rebounds to go with his 28 points, processed the inquiry and repeated the fact back to the off-camera questioner, “They had more rebounds than us?”

“You said you got out-rebounded; I was surprised you did, 36-32”—at which point the microphone-bearing reporter slowed his cadence, the tone of his voice bearing shock with a hint of accusation—“How does Yale out-rebound Baylor?”

Prince had many options to tackle this question: graciously applaud Yale’s effort, flippantly say the opponent got lucky, defensively object by blaming the referees, provide tactical insight into the mechanics, and more.

Instead, Prince paused and then treated the world to the most perfect deadpan answer.

“You go up and grab the ball off the rim when it comes off, and then you grab it with two hands, then you come down with it, and that’s considered a rebound,” Prince said, chewing gum through the duration. “So they got more of those than we did.”

Prince then glared forward as if the whole sarcastic interaction never happened. The moderator waited a perfect beat as the after-effects of Prince’s reporter-crushing answer settled before proceeding as it nothing unusual had happened.

“Any more questions for these student-athletes?”

Any reporter who has attended the press conference of a major sporting event can appreciate the impersonal, unproductive, yet unfortunately (somewhat) necessary function of them. The best reporting happens literally everywhere else, but the press conferences are the media interactions fans see, so herein we wrap up Thursday’s sanctioned media conferences across March Madness for a glimpse beyond the blue curtain. (You’ll understand in a minute.)

March Madness press conferences are especially difficult because of the NCAA’s adherence to strict constitutionalist interpretations of its rules, the large reportorial mass on deadline, and the relative youth of the athletes, as most are growing into their status as public figures and, at all but the biggest programs, have few regular beat writers covering every game and probing every thought.

NCAA tournament pressers are held after a strict 10-minute cooling-off period, typically in a contrived space, cordoned off by the organization’s ubiquitous and standardized use of the same blue curtains.

And then there are the questions.

Consider that No. 4 Duke survived a hard-fought, always-in-doubt contest over No. 13 UNC-Wilmington, and the very first question asked of the Blue Devils was no question at all, but rather a singular command directed at one player, Marshall Plumlee, who ditched the protective gear for his broken nose midway through the game.

“Talk about your face mask.”

That. That was the opening prompt to the press conference. Even the proviso that ASAPSports transcripts provide only context-lacking words can’t save that “question.”

It’s no wonder, therefore, that those participants sitting up front—next to a cup from major sponsor Powerade and a NCAA logo name tag—might let their minds wander.

At the end of an answer about star freshman Brandon Ingram, Duke coach Mike Krzyzewski, veteran of 115 NCAA tournament games and twice as many press conferences, made two random asides, one to praise the heart of his opponent and then to add this digression:

“On a lighter side, I’ve done this a long time, so every once in a while between your questions, I get distracted a little bit. I’m not insulting you or anything. I do that because I’m 69 [Editor’s Note: Nice]. I’m just looking, I’m saying, I’ve got a lot of letters in my name. Did you ever look at that? I mean, how do you get—anyway. Those are just two random thoughts. Do you think senility is entering? You should say no.”

The coach of arch-rival UNC had a similar moment when discussing the halftime locker room.

“I told them I’ve been around longer than everybody in here except two old guys sitting way over there,” Roy Williams said, apparently referring to some senior reporters. “Three, counting Art in the middle. I’ve been here longer than anybody else.” He light-heartedly summarized a three-decade prior tournament scare before adding, “But you got to get by some bad times and I think you three old farts know who I’m talking to, too.”

“Coach, yesterday we talked about—“

Williams interrupted, “You don’t have to print that.”

Too late. Your old farts comment has been preserved eternally on the Interwebs.

More No, This Wasn’t A Crazy Year In College Basketball

Following No. 12 Arkansas-Little Rock’s program-boosting upset over No. 5 Purdue, someone asked this:

“I just saw a video of your guys’ locker room celebration after the game. Is it safe to say it’s lit right?”

Lit. Yes, I suppose it was lit, a fact helpfully confirmed by star Josh Hagins. “Yeah, yeah, we can say that.”

The questioners can also serve as straight men setting up some humor. After Virginia coach Tony Bennett collapsed in the first half of his team’s victory, a reporter asked senior forward Anthony Gill about the image of him appearing to pray over his coach.

“I was praying just to make sure he was okay,” Gill said. “Yeah. It worked; I healed him.”

Because the coach shares a name with an 89-year-old singing legend, seeing “Tony Bennett” trend on Twitter worried many music fans, prompting the singer to assure everyone he was O.K.

I wanted to let all my fans know that Im ok. Glad to hear UVA coach Tony Bennett is fine after his fall. Congrats @UVAMensHoops on the win!

A good Bobby Knight joke is always appropriate, too. UALR coach Chris Beard, a former Knight assistant, arrived at Wednesday’s pregame presser with a splint on a broken hand. A reporter clearly had wanted to ask what Beard learned under Knight’s tutelage but added a question about the injury.

Beard replied, “Well, the two questions are kind of connected. [smiling] . . . We talk a lot about boxing in our program. We’re a good defensive team. We believe in boxing kind of footwork. But unfortunately I didn’t get the message with the handwork. A dry erase board took a bad shot.

“There was a chair there. I thought briefly about maybe using the chair, but Coach Knight told me never to do that, never use a chair in no situation [smiling].”

The NCAA is notorious for the enforcement of its sponsor-bearing logo cups—from personal experience, I’ve had more than a few contraband containers confiscated—so it should come as little surprise that Bennett twice referred to how much Powerade he was drinking.

And how do players commemorate a first-round win?

Aren’t we all glad we learned this?