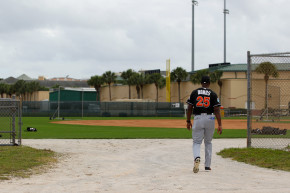 Did Barry Bonds really beat the Marlins' sluggers in a home run derby? 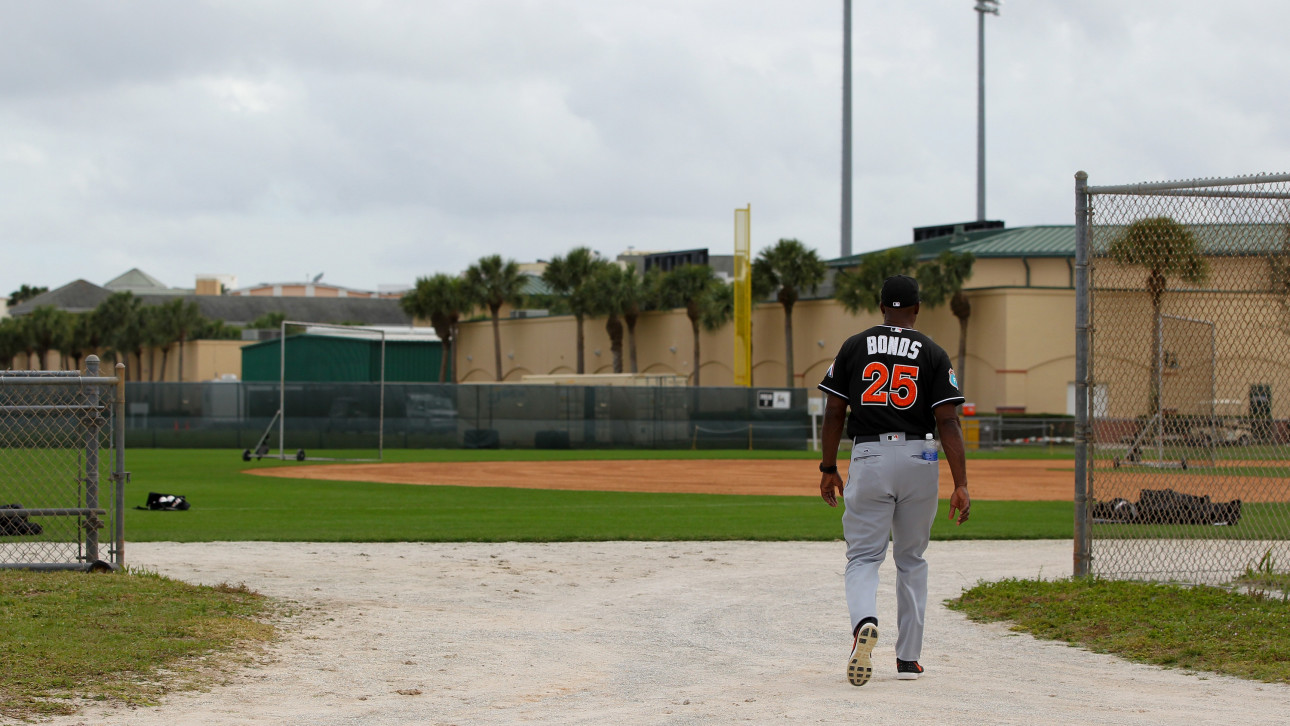 It was glorious, a story too wonderful not to embrace. Barry Bonds—post-steroidal, noodle-armed, 51-year-old Barry Bonds—still had enough juice in his bat to best the Marlins’ young sluggers, Giancarlo Stanton and Christian Yelich, in an impromptu batting practice home run derby.

Barry Bonds just beat the Marlins players on a back field HR BP contest. Including Stanton.

I can report that Bonds seemed "happy" he won. PG-13 version. "You guys only see that on TV"

For a single news cycle, everyone basked in the grin-inducing idea that the old man still had it, including Stanton himself.

“Hit another 50-year-old out there, and he’d probably snap his back in half,” the Associated Press reported Stanton saying. “Either way, that was probably one of the coolest things we’ve done because we all had a good time while we were getting our work in.

“Everyone seemed to gravitate toward that field by the time we were done, so it was really cool.”

Cool, indeed. With two weeks of spring training silliness still left on the calendar until Opening Day and very little in the way of actual news to report, the entire baseball press piled on, scribbling the giddy tale of Bonds’ dinger-bopping prowess. Until Thursday morning, that is, when this guy showed up:

Stanton @Giancarlo818 and @ChristianYelich set the record straight. GS/CY: Barry Bonds, 51, did not beat them in HR contest

Stanton/Yelich say it was 3 on 3 hitting drill. they did say Bonds was amazing hitting balls out. "Very impressive," said GS.

Can't blame @Giancarlo818 and @ChristianYelich for coming over to correct the record. They are 50 (combined), Bonds 51.

Not a home run contest at all? Did Stanton and Yelich lie? How deep does this conspiracy go?

Barry Bonds hit 4 BP Home Runs including a walk off to end it. Asked coach directly did Bonds win that ? His answer – YES. #witness

TMZ took it a step further, reaching out to Stanton to finally, once and for all, set the record straight. And Stanton didn’t pull any punches or exclamation points, calling the entire story “False!!!”

“He was hitting homers with us but it wasn’t a home run derby. He was on my team for hitting drills. He is still a beast. But no home run derby vs. me. Media is wrong.”

“Their story is we were hitting extra at batting practice on the back fields off a curveball machine. Getting work in. 5 of us. Last round we split into groups to face each other in a situational hitting competition with imaginary runners on base and the losing team picks up the balls. Not a home run derby.”

“We added Bonds to make it 3 on 3. Bonds was on my team. But the fact that he could jump in there and still hit homers is unreal. And crazy to watch.”

“He’s gone in there and hit with Dee Gordon before as well as during hitting drills. Doing the same it’s just they tried to blow it up since I was there as if we were head to head and he beat me ha. Not even close.”

Okay, let’s try to break this down piece by piece, because like any good conspiracy, words themselves are starting to lose all meaning.

According to Stanton, the story’s “False!!!” because it wasn’t a “home run derby” per se, but rather a “situational hitting competition,” in which, as Clark Spencer of the Miami Herald reported, “the goal is to ‘score runs’ by whatever means — singles, doubles, triples or home runs.” Huh?

And during this contest, even though Bonds didn’t—or rather couldn’t—“beat” Stanton and Yelich because they were on the same team, when it comes to the question at the heart of all this: who mashed more dingers, “’He hit more home runs than me, yes,’ Stanton confirmed.”

Okay. Clearly Stanton got a tad irked at all the attention that Bonds has received (which is another matter altogether), but doesn’t have any recourse other than to quibble about what the definition of “is” is.

In the end, the scoreboard doesn’t lie: Barry Bonds is still Barry Freakin’ Bonds, and the Marlins would be bonkers not to immediately make him a player-coach and let him rack up at least a .250/.400/.500 slash line as a part time pinch hitter and occasional DH. Seriously, you wouldn’t click on a relatively mundane mid-August Fish-Brewers game if a 51-year-old Bonds was trotting to the plate in the bottom of the ninth with a chance to tie things up? Damn right you would.

As with all things, A-Rod knows The Truth.

Alex Rodriguez, who's the greatest baseball player of all time?
"Barry Bonds." https://t.co/gOnnUxlgu2