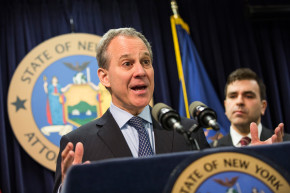 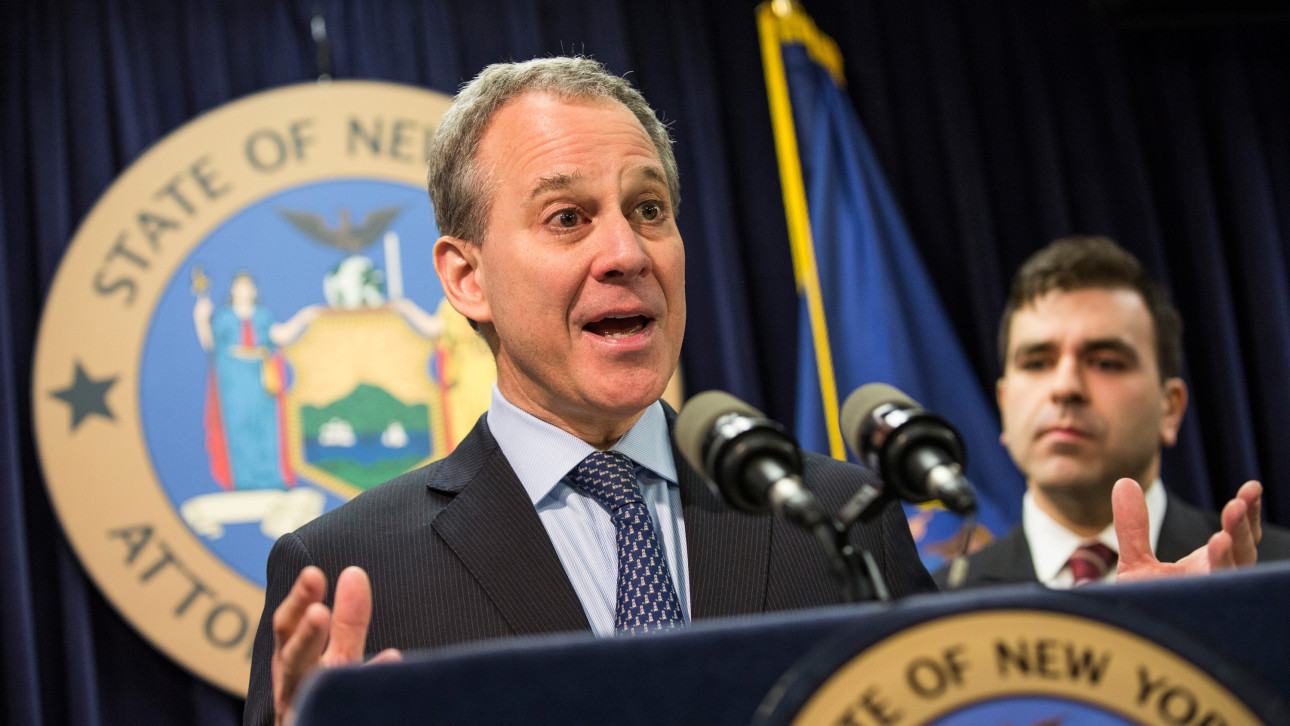 Ha ha! Sorry, just funning. No, what Schneiderman is doing is what he’s always done when it comes to the NFL: find a relatively soft target that’ll net a flurry of articles (like this one!) and give one Eric Tradd Schneiderman the opportunity to grandstand and bluster. Not to impugn his performance as attorney general overall; he’s been more than solid. But given his aspirations for higher office, he’s not immune to scoring easy points when the opportunity presents itself. In this case, it certainly did.

More Guess Who Makes The Most Money In NFL Free Agency

You see, way back in 2013, AG Schneiderman read the reports that NFL teams really wanted to be able to ask potential draftees at the combine if they are gay. But since that sort of thing is generally frowned upon—and a legitimate example of discriminatory hiring practices—the team representatives cleverly (note: not at all cleverly) got to the heart of the matter by process of elimination.

“They ask you like, ‘Do you have a girlfriend?’ Are you married?’ Do you like girls?’” Colorado tight end Nick Kasa told ESPN Radio Denver. “Those kinds of things, and you know it was just kind of weird.  But they would ask you with a straight face, and it’s a pretty weird experience altogether.”

On the Dan Patrick Show, ProFootball Talk’s Mike Florio added that the NFL also had a serious benny to find out if the Lennay Kekua hoax meant that Manti Te’o was, like, you know, kinda, sorta, maybe, might be… gay.

“It’s been described to me as the proverbial elephant in the room,” Florio said in 2013. “And I don’t think anyone knows how to solve this dilemma yet. It’s just that they want to know what they’re getting.”

Yes, this is thuddingly wrong and reflective of the institutional bigotry that the NFL justifies as due diligence and steering clear of “distractions.” But Schneiderman’s “solution” to the problem had all the impact of someone plastering the office with scathing Dilbert cartoons.

Bringing the entire weight of his office to bear, he insisted that the NFL develop “new actions to reinforce its policies against discrimination based on sexual orientation, including the development and dissemination of posters to be displayed in locker rooms throughout the league conveying the NFL’s anti-discrimination policies” and better make darn sure to “conduct training across the league around the policy—including for rookies and individuals involved in hiring and recruitment of new players—and strengthen protocols concerning the reporting of complaints of discrimination or harassment by players.”

If this reads like weak tea, the kind of thing that probably had many an NFL vet rolling his eyes in neat, concentric circles, you’re not wrong. Our man Schneiderman, however, thought that it sent “a powerful message that discrimination and harassment will not be tolerated in any form.”

Yeah, he was wrong about that. Fast forward to the 2016 NFL combine and once again, the same blasted “You dig dudes, right? C’mon, you can tell me”-type questions are still being lobbed at NFL prospects.

“The Falcons coach, one of the coaches, was like, ‘So do you like men?’” Ohio State cornerback Eli Apple told Comcast SportsNet’s Breakfast On Broad in March of this year. “It was like the first thing he asked me. It was weird. I was just like, ‘no.’ He was like, ‘if you’re going to come to Atlanta, sometimes that’s how it is around here, you’re going to have to get used to it.'”

I guess all of those nice anti-discriminatory posters and strengthened protocols didn’t have the homophobia-eradicating impact Schneiderman was hoping for. So what step has our intrepid law enforcement officer taken now? He wants proof that the posters went up and that Roger Goodell’s blue ribbon panel really delved into the issue. No, really.

“I request that the League provide a detailed summary of the steps it has taken to eliminate sexual orientation discrimination and to prevent such incidents as these from occurring since our first engagement in 2013,” Schneiderman wrote in a letter to the NFL’s Chief Human Resources Officer, Robert Gulliver.

Oh good. That’ll solve the problem. Now the NFL can focus on asking deeply weird questions at the combine that have zero to do with sexual orientation.