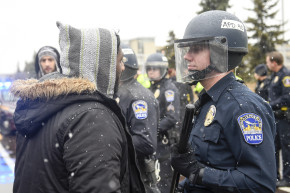 Why We’re Still Not Sure How Many Civilians Have Been Killed By Police
By Joshua A. Krisch

Harvard study suggests the number of homicides committed by police in the U.S. is higher than we thought 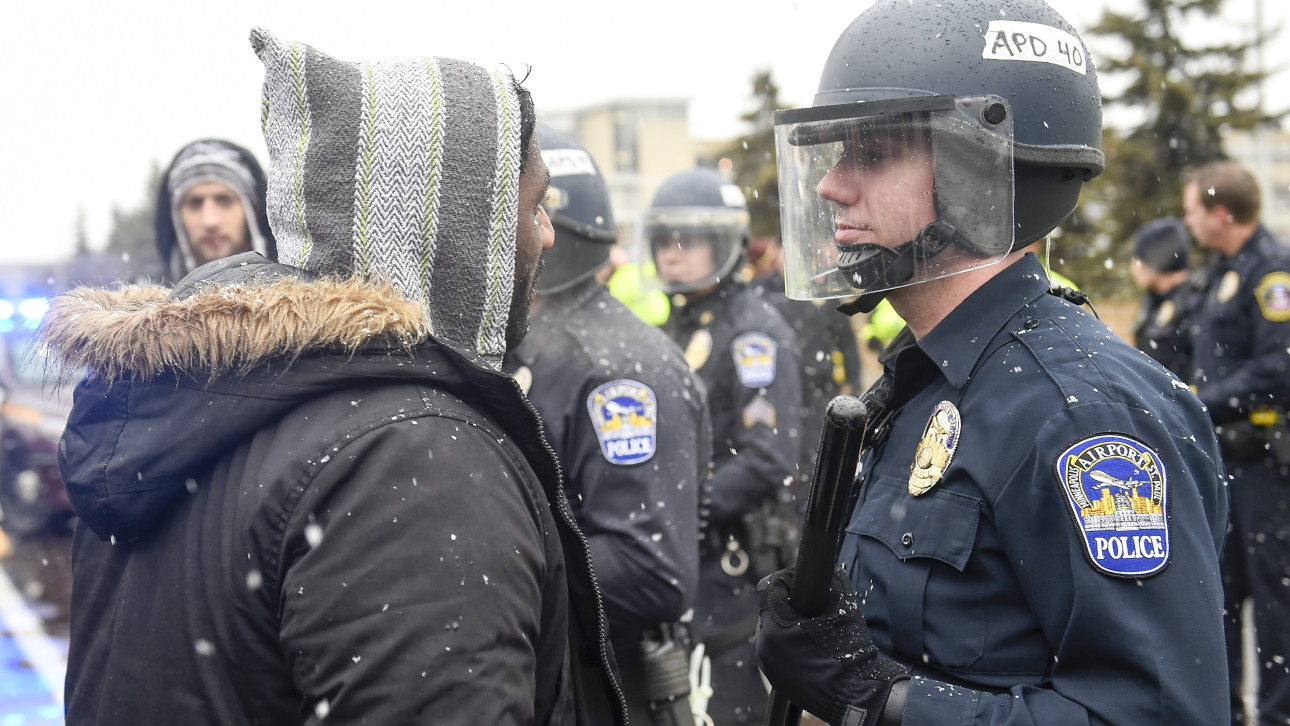 Black Lives Matter protester argues with a police officer in Minnesota — (REUTERS)
By Joshua A. Krisch
Mar 17, 2016 at 4:00 PM ET

Police killed roughly 1,500 people in just 16 states between 2005 and 2012, according to a new study in the American Journal of Public Health—more than double the official U.S. government estimates. This discrepancy is especially disturbing because it suggests that, even as the U.S. cautiously begins to rein in police abuse, we still have scant data on something as simple as rates of death at the hand of law enforcement.

“We need an accurate count if we want to learn how best to prevent these deaths while assuring the greatest possible safety to police,” coauthor Catherine Barber of the Harvard School of Public Health told Vocativ in an email. “If we have accurate data from one state, a half undercount from another, and a 75 percent undercount from another, how can we begin to understand the factors associated with true lower or higher incidence of police homicides?”

For the purposes of their study, the authors used the legal definition of “homicide,” which simply requires a person to cause another’s death and doesn’t take into account whether or not the killing was justifiable. So, for example, a suspect killed by police after threatening an officer’s life would be included in this homicide count, as would an individual killed by police unnecessarily or unlawfully. We’re using the same language in this article.

The Black Lives Matter movement has recently thrown police brutality into the spotlight, and policymakers are scrambling to cobble together statistics that may teach us about a broken system. One of the first steps is figuring out just how often police officers are killing people in the line of duty but, unfortunately, even this relatively basic statistic is hard to come by.

Counts of homicides committed by police officers (whether justified or not) are currently tracked by two official national databases: the CDC’s National Vital Statistics System and the FBI’s Supplementary Homicide Reports. But these two databases seldom agree on the exact numbers or methodology, and rely on a mixture of death certificates and voluntary police reporting—which just isn’t the best way to build a definitive national database.

Researchers at the Harvard School of Public Health decided to take matters into their own hands. They began to scour a third, but far more robust data source: the CDC’s National Violent Death Reporting System. NVDRS, created in 2003, keeps tabs on every violent death that occurs in 32 participating states. And in addition to pooling data from self-reporting and death certificates, NVDRS also taps into police, coroner and medical examiner reports, and publishes short summaries that describe the circumstances of each incident.

For the study, researchers went through NVDRS manually, teasing out violent deaths directly caused by on-duty police officers and comparing police homicide counts in NVDRS to those from the official data sources. Of the 16 states that were using NVDRS for the entire period between 2005 and 2012, researchers identified 1,552 homicides committed by police officers in the line of duty. Vital Statistics and SHRs, the two government sources that are supposed to track the same thing, reported only 906 and 742 homicides, respectively.

Again, there was no differentiation between justified and unjustified police homicides. In theory, every single one of those on-duty police killings could have been heroic acts performed by a good cops—or not. The homicide data doesn’t differentiate. However, if official databases substantially undercount the deaths causes by police officers, then we cannot begin to fully tease out instances in which deadly force was used unnecessarily.

Now, while the police homicide rates appear up for grabs, all three data sets revealed disturbing racial trends among the people who police kill. For instance, the NVDRS data confirms that black people were three times more likely than white people to be killed by police officers, a figure similar to other national estimates.

It is important to note that, in all three datasets, there was no differentiation between justified and unjustified police homicides. In theory, every single one of those on-duty police killings could have been heroic acts performed by a good cops—or not. The homicide data doesn’t differentiate. However, if official databases substantially undercount the deaths causes by police officers, then we cannot begin to fully tease out instances in which deadly force was used unnecessarily.

At the same time, the authors caution that it can be difficult interpret racial differences in police homicide rates with limited information. “It would be a mistake to picture that all of these deaths look like the horrific, unprovoked incidents that have been widely publicized involving unarmed black victims,” Barber says. “There is a tremendous range in incidents—some involving a person who has just killed or shot another person … and others, of course, where the killing appears harder to justify.”

Given the findings, Barber and her team are understandably keen on switching the U.S. government over to the far more accurate (and more violent) NVDRS data—but there’s one problem with that. “The huge limiting factor to NVDRS to date has been insufficient federal funding to extend the system to all 50 states,” Barber says.

But whether we end up adopting NVDRS or some other system is, ultimately, irrelevant—as long as the United States stops using the incredibly limited and misleading data that is our current national standard. “Various changes have been proposed,” Barber says. “Greater use of lower-lethality weapons like tasers, use of body cameras, training in de-escalation, hiring officers who reflect the racial make-up of communities served, etc.”

“Do they work?” she asks. “How can we evaluate that if we don’t have an accurate count in the first place?”