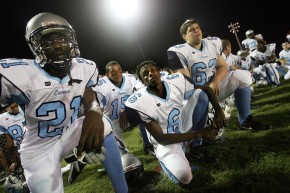 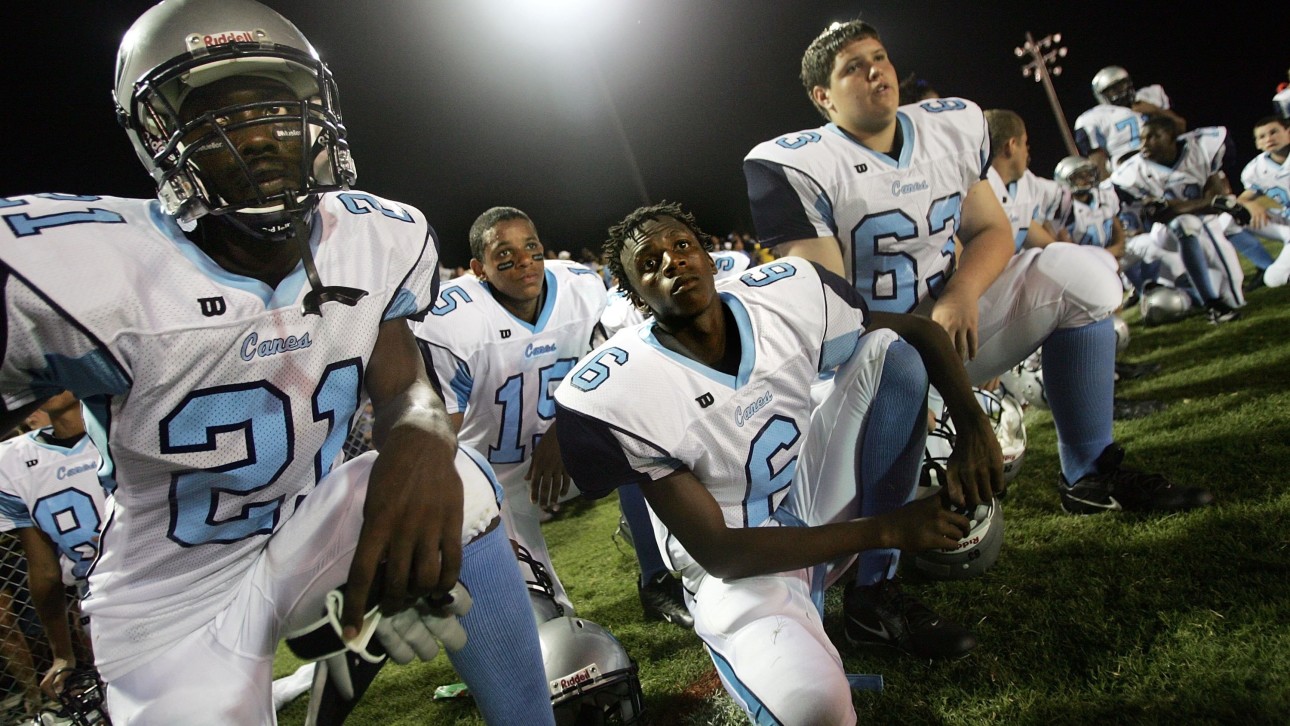 This past Monday, USA Football released the results of a study conducted by the Physical Activity Council that found a modest increase in youth participation (ages 6-14) in tackle football: a 1.9 percent increase from 2.128 million participants in 2014 to 2.169 million in 2015.

USA Football has attempted to spin these numbers by limiting the timescale to 2014 and 2015. But rewinding to 2010 reveals that youth football has seen a precipitous drop in participation over the past half-decade. In November 2013, the Fainaru brothers (authors of League of Denial) cited a USA Football study that found a drop in youth participation (again aged 6-14) from 3 million in 2010 to 2.8 million in 2011.

This drop came shortly after the first congressional hearings on the NFL’s concealing of the link between concussion and mental illness in 2009 and their subsequent admittance that concussions can lead to what league spokesman Greg Aiello called “long-term problems.”

Even including the modest increase in participation reported this week, football has seen age 6-14 participation drop from 3 million in 2010 to 2.169 million just five years later—a massive 27.7 percent drop. Unfortunately, it is hard to tell when exactly this mass exodus occurred.

A search of USA Football’s website did not turn up any surveys from 2012 or 2013. News stories on the website describe youth participation at “approximately 2.8 million” throughout those two years, seen in stories written as late as December 2013.

Regardless of context, USA Football has seized on this rare positive news as a moment for optimism. “Football participation increases, even modest increases,” USA Football CEO Scott Hallenbeck said, “may signal that medically endorsed programs, including our Heads Up Football program and practice guidelines, are making a positive difference.”

Throughout the concussion crisis, football and its boosters have been gravely concerned with the problem of maintaining America’s confidence in football’s safety. As reported in League of Denial and dramatized in Concussion, an NFL doctor told Dr. Bennet Omalu, the man who first discovered CTE in the brain of Hall of Famer Mike Webster, “If 10 percent of mothers in this country would begin to perceive football as a dangerous sport, that is the end of football.”

Although the American Academy of Pediatrics (AAP) recently supported the current reform efforts in youth football, there has been significant backlash against youth football from the medical community in recent years.

Dr. Robert Cantu, described by the Boston Globe as “America’s concussion doctor,” has recommended that nobody under the age of 14 be involved in collision sports. In the January 2016 issue of the American Journal of Bioethics, Dr. Steven Miles and Dr. Shailendra Prasad wrote an editorial countering the AAP’s position, in which they advocate for the removal of youth football programs from public schools. It remains to be seen if there will be further backlash now that the NFL has admitted a connection between football and CTE.

Will this be the death of football, as the NFL’s goons suggest? It’s far too early to say.

Participation has declined at the high school level, but not nearly so precipitously—a 2.5 percent decline since 2008-09, according to the National Federation of State High School Associations. And while tackle football participation is down, there was a significant increase in flag football participation this year, up 8.7 percent to 1.669 million children aged 6-14 in 2015.

But is this increase in flag football participation a sign of football’s larger health, or is it instead a sign that people are looking for alternatives to the danger of full tackle football? A survey conducted by the University of Pittsburgh Medical Center in October 2015 found that 1 in 3 parents “live in fear that their child will get a concussion” and that 1 in 4 “do not let their kids play some contact sports because of fear of concussion,”—a number that lines up almost exactly with the observed drop in youth participation from 2010 to 2015.

No matter how much optimism USA Football tries to sell these new numbers with, the full picture of youth football participation shows athletes are leaving the game in great numbers.

This is a disconcerting trend for the NFL since youth football is one of the league’s biggest marketing arms. Early participation draws kids into the game’s culture and creates fans for life. The NFL should have no problem filling its rosters with a talent pool closer to 2 million athletes than 3 million, but a shrinking youth player base today means a smaller devoted fan base in the league’s future.

And if the NFL was scared of a 10 percent drop, the numbers reported this week, showing a decrease in participation of over 25 percent in the past six years, must have league executives scared in a way that feels quite unfamiliar.