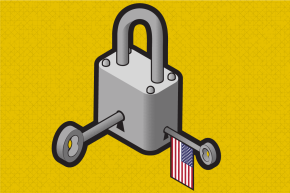 How Badly Does Each Presidential Candidate Want To Kill Encryption?
By Kevin Collier

How Badly Does Each Presidential Candidate Want To Kill Encryption?

Nobody's a total fan of secure messaging. But some are much bigger critics than others 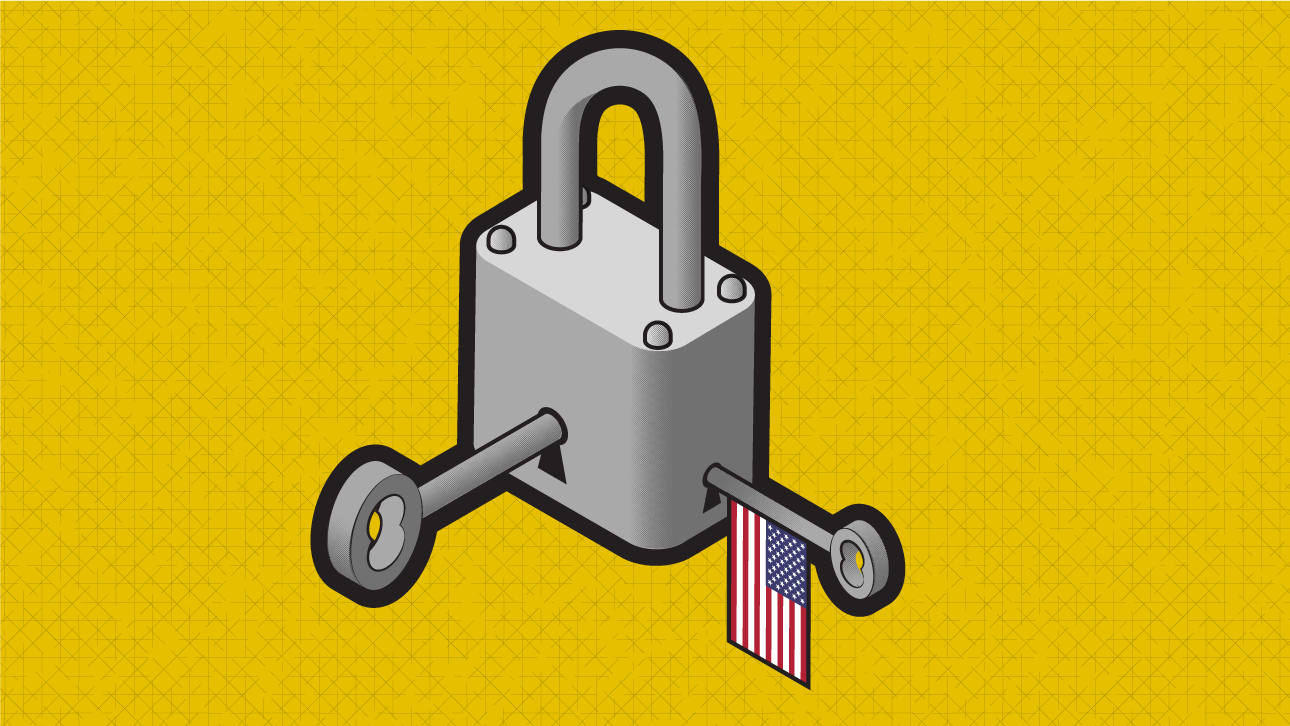 The debate over whether citizens deserve to communicate so privately that even the government can’t tell what they’re saying—dubbed the crypto wars—is old. Super old, at least in computer years; a similar dispute raged early in Bill Clinton’s first administration—and now it’s fired up again.

It’s a lopsided debate: A number of people in law enforcement, particularly FBI Director James Comey, insist that when a judge grants them a warrant, that means they have the right to see anything on U.S. soil that could help with their investigation. Cryptographers and technologists, however, stand united in their opposition, saying that any “backdoor” built into encryption—a secret key that would break it—would by definition mean a hole that an enterprising hacker or malicious government could exploit.

Backdoors are a key issue right now for two reasons. First, because of rumors that Senators Richard Burr and Dianne Feinstein are preparing to drop their long awaited bill to mandate that all American companies that use encrypted messaging comply with court orders for these communications. After last week, when both senators mentioned they were eager for the White House’s opinion on the bill, President Obama finally took a side on the debate, telling attendees at SXSW this weekend that he was taking the FBI’s side. “If technologically it is possible to make an impenetrable device or system, where the encryption is so strong there’s no key, there’s no door at all, then how do we apprehend the child pornographer?” he asked. “How do we solve or disrupt a terrorist plot?”

Second, the two Democratic and three Republican presidential candidates vying to succeed Obama keep fielding questions over a similar issue: the FBI’s ongoing legal battle with Apple. While not literally an issue of backdoors, the concepts are related: the FBI has the ability to hack slain San Bernadino shooter Syed Farook’s work-issued iPhone, as well as the legal authority to do so, but fears it’ll trigger an auto-erase mechanism if it keeps trying. The Department of Justice ordered Apple to write software to turn the phone’s operating system into something the FBI can work with without fear of erasing all its contained data; Apple has ordered an appeal.

While nobody’s running on a platform of addressing the encryption debate (unless you count independent libertarian software founder and former murder suspect John McAfee), we can get a sense, largely through how the Apple-FBI case has come up in presidential debates, how each candidate would vote on a bill like Feinstein and Burr’s.

More than any candidate, Ohio Governor John Kasich has shown that he understands exactly what backdoors are—and that he wants them. On December 15, during the fifth Republican debate, he was unequivocally in favor:

“There is a big problem. It’s called encryption. And the people in San Bernardino were communicating with people who the FBI had been watching. But because their phone was encrypted, because the intelligence officials could not see who they were talking to, it was lost. We need to be able to penetrate these people when they are involved in these plots and these plans. And we have to give the local authorities the ability to penetrate to disrupt.”

Kasich even alluded to a bill to mandate backdoors: “Encryption is a major problem, and Congress has got to deal with this and so does the president to keep us safe.”

When it comes to encryption backdoors, former Secretary of State Hillary Clinton wants to have her cake and eat it too—even though that may not be an option. Clinton has made conflicting statements on the matter, putting her faith in Silicon Valley to solve what cryptographers say really isn’t possible.

“It doesn’t do anybody any good if terrorists can move toward encrypted communication that no law enforcement agency can break into before or after,” she said in the third Democratic debate. “There must be some way. I don’t know enough about the technology.”

On the other hand, during the same answer in the same debate, Clinton indicated a willingness to admit weakening encryption isn’t the way forward. “And maybe the back door is the wrong door, and I understand what Apple and others are saying about that,” she said.

While businessman and former reality TV star Donald Trump has yet to express a nuanced understanding of cryptography, his opinion on the broader subject of the right to a private online life, at least when national security is on the line, is clear.

“We should be able to penetrate the internet and find out exactly where ISIS is and everything about ISIS, and we can do that if we use our good people,” Trump said in Las Vegas during the fifth GOP debate. After he insisted on that point, even though Kentucky Senator Rand Paul pointed out that Internet censorship is a violation of the First Amendment, the crowd began to boo Trump. “These are people that want to kill us, folks,” he countered. “And you’re objecting to us infiltrating their conversations? I don’t think so.”

Like Clinton, Vermont Senator Bernie Sanders has been fairly noncommittal on encryption backdoors, though in a different sense. Put plainly, he’s barely addressed it. He does, however, insist on technological privacy in other areas: his own campaign page stresses his opposition to NSA monitoring of American calls far more strongly than any other remaining candidate.

When asked directly about Apple vs. FBI in the fourth debate, however, Sanders echoed Clinton’s muddied hope for a way to have it all. “What we have got to do there is,” he said, “have Silicon Valley help us to make sure that information being transmitted through the internet or in other ways by ISIS is, in fact, discovered.”

From his limited time addressing the subject, Texas Senator Ted Cruz has, especially when compared to his remaining Republican counterparts, been practically an Apple ally.

For one thing, he understands that there’s a difference between the company’s current battle against the FBI and its longstanding push for end-to-end encryption. He made that clear in the tenth GOP debate in Houston, Texas: “In this instance, the order is not put a backdoor in everyone’s cell phone. If that was the order, that order would be problematic because it would compromise security and safety for everyone,” he said. “I would agree with Apple on that broad policy question,” he added.