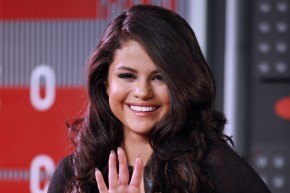 Taylor Swift, Kim Kardashian, and Beyonce have nothing on Gomez

Selena Gomez just became the most-followed person on Instagram, stealing the the crown away from queen of the girl #squad, Taylor Swift. Gomez now has 69.4 million followers, barely squeaking past Taylor’s 69.2 million. Huh. Gomez is famous, sure, but she’s arguably not as famous as some of Instagram’s other heavy hitters. How’d Gomez take the crown? Slowly and steadily, and through having a lot of photos with famous friends.

So who besides T-Swift is eating the Spring Breakers actress’ dust? Despite her internet-breaking abilities, Kim Kardashian is in third place with 63.7 million. Beyoncé is fourth with 63 million, followed by Justin Bieber with 61.6 million followers.

While Taylor Swift appears to have received a big Instagram push from the release of her video for “Bad Blood” and the world tour she embarked on, Selena Gomez has been racking up followers since the release of her album Revival in October, passing Kardashian along the way. If there’s any kind of underlying reason for the rise of Selena’s account, perhaps it’s simply that as she’s getting more famous, her online profile is rising along with her. But being a member of Taylor Swift’s band of best friends, which involves making frequent cameos in Taylor’s Instagram photos, doesn’t hurt either.

Latinas also have a strong presence on social media; women and Latinas are two of Instagram’s key demographics. Having those two forces behind Gomez definitely helps further her popularity online. She also tends to be cagey about certain parts of her private life, like her romantic relationships. It’s possible that not sharing every lurid detail of her life has actually created more interest.

It also doesn’t hurt that she’s incredibly beautiful and often posts pictures with other beautiful people, like Jennifer Aniston and (separately) Brad Pitt. Selena also used to date Justin Bieber, who occasionally posts about his former girlfriend. Perhaps that sends a little bit of interest her way. Gomez also lives an interesting life away from the stage. According to her Instagram, Gomez was just in Paris for Fashion Week, where she attended the Louis Vuitton runway show. A beautiful person wearing beautiful clothes in a beautiful location? It’s hard not to like that. Of course, the most-followed person on Instagram is always changing. Gomez’s advantage over her friend Taylor is so small that Taylor could recapture the lead tomorrow.

@taylorswift -we just show up. Thank you for making us and all beautiful women feel beautiful A photo posted by Selena Gomez (@selenagomez) on Nov 18, 2015 at 11:06pm PST