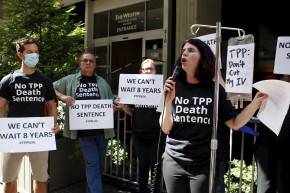 U.S. to join 12 countries in signing an international pact that experts say will be end affordable healthcare 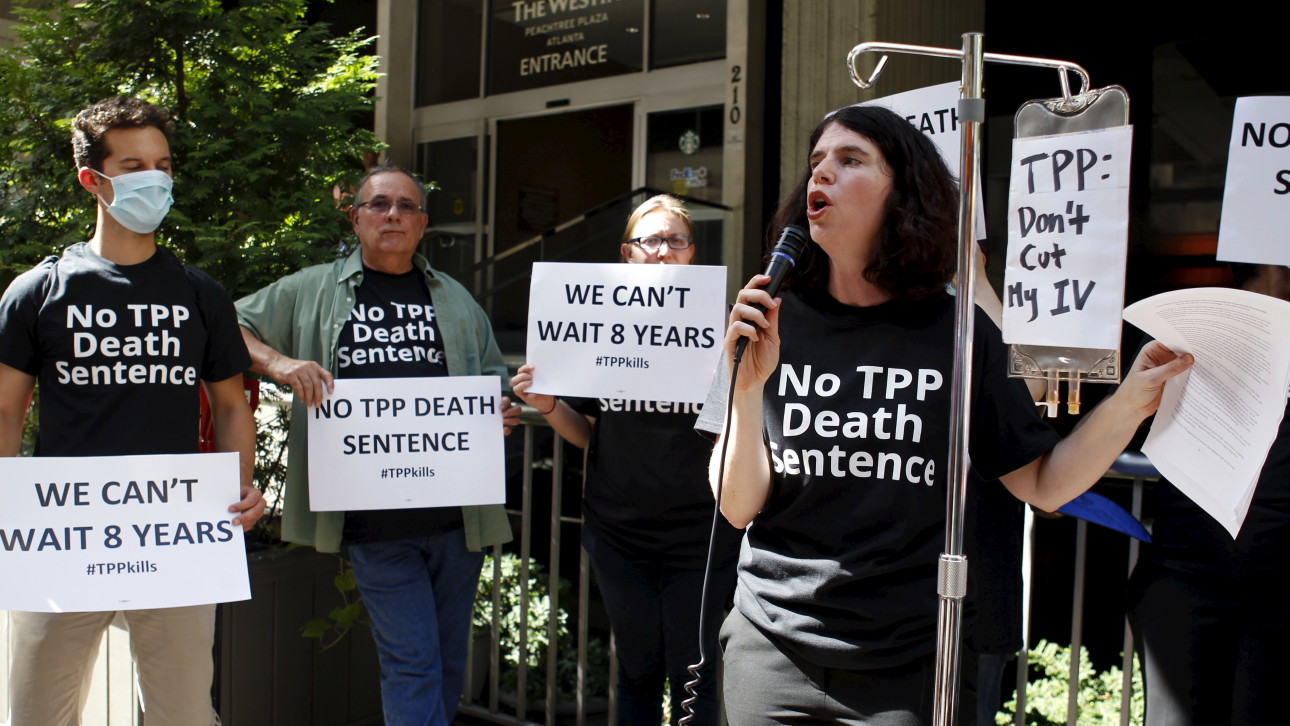 Drug companies want to turn a profit and sick people want inexpensive drugs—this conflict isn’t new, and it sure isn’t going away any time soon. But a cadre of new international laws negotiated under the Trans-Pacific Partnership (TPP) Agreement threaten to hand a win to Big Pharma and a major blow to affordable healthcare, according to a new paper published in PLoS Medicine.

“TPP countries are at risk of joining a mutual suicide pact,” Brook K. Baker, professor at the Northeastern University School of Law in Boston and author of the paper, told Vocativ in an email. As a direct result of the TPP, “the costs of cancer medicines and other biologic medicines will continue to sky-rocket.”

The Trans-Pacific Partnership Agreement sounds pretty good on paper. The international trade pact, signed in February 2016, promises to, “promote economic growth; support the creation and retention of jobs; enhance innovation, productivity and competitiveness and raise living standards,” between 12 Pacific Rim nations. But experts have argued that many of the policies benefit large corporations at the expense of the public.

There’s a controversial chapter hidden within the TPP’s dense economic agreements, and it has public health experts concerned. Under the new international laws, drug companies would have virtual monopolies on the drugs they produce, ensuring that patents on those drugs last longer than ever before. Now, that’s great news for Big Pharma. It means that when a drug company invests billions of dollars into developing a new HIV medication, for instance, it can expect to see substantial profit almost indefinitely.

But that’s terrible news for people with HIV—especially poor people who cannot afford brand-name drugs and would be just as well served by inexpensive generic medications. Generic medications have identical active ingredients to brand name drugs, and most current laws permit generics manufacturers to begin producing generic versions of drugs about 20 years after the originals hit the market. These generic drugs undergo rigorous FDA testing, and the only practical difference between, say, generic ibuprofen and Advil is the fancy packaging. For other drugs, however, the difference in cost can be striking—FDA estimates that the cost of a generic drug is 80 to 85 percent lower than the brand name product.

The TPP, however, threatens to make affordable, generic drugs even harder to come by, with free market provisions that protect drug companies and allow them to maintain their patents and quash competition almost indefinitely. “These policies delay the market entry of generics,” Baker says. “The U.S. is facing crushing inflation in the cost of medicines and the rate of increase in prices for the newest medicines is most alarming. These same dilemma exist in other TPP partner countries and will only get worse under the TPP.”

In fact, the advocacy site InfoJustice.org lists numerous examples of intellectual property laws similar to those proposed in TPP that have raised the costs of medicines. “Patents grant the patent holder a monopoly on the market that allows the blocking of price-lowering generic competition and the raising of prices which restricts affordable access to medicines,” according to InfoJustice.org. “Where patent and other intellectual property (IP) barriers do not exist, generic competition has proven to lower prices of medicines.”

Baker admits that the United States already had a fair number of laws that protected drug companies and their patents and restricted the generics market in the name of free trade. But being tied into a formal international pact, he argues, would make matters even worse. “The TPP locks countries into longer, stronger and broader patent and data monopolies,” Baker says. “Ordinarily, when countries adopt bad intellectual property policies, those decisions can be reversed by legislative reform. Trade agreements on the other hand lock in the bad provisions with the threat of state-state trade sanctions.”

In other words, the U.S. already had rotten policies—but we took comfort in the fact that we could always change them. Once we sign the TPP, we can’t.

Fortunately, there’s still time. Now that all 12 member countries have signed the draft agreement, the TPP has entered approximately two years of “ratification.” At any point in this process, the U.S. can tweak the agreement so that it still protects international trade and drug company holdings, without dealing a crippling blow to the generics market and to affordable healthcare.

Activists know this, and have started a grassroots movement and online petition to fix the TPP before it’s too late. “Large pharmaceutical companies are using the Trans-Pacific Partnership (TPP) deal to push for long term monopolies on life-saving biologic medicines,” according to the advocacy website TPPKills.org. “Which could be a death sentence for people around the globe diagnosed with cancers and other diseases.”

Experts agree that any real solution would likely involve excising the so-called “TRIPS-plus provisions,” which specifically protect drug companies at the expense of generics. “The most straightforward solution is to drop all TRIPS-plus provisions and simply to do no more and no less than what was agreed internationally 21 years ago [in a prior, related pact],” Baker says.

“If these changes are not made, Big Pharma will have new threats [at its disposal] to win their way in patenting decisions, marketing approvals and even drug listing decisions.” Capitalism and international economics are great—but nobody, aside from perhaps bad boy CEO Martin Shkreli, wants that.