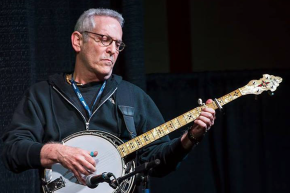 Louis Meyers, one of the co-founders of South By Southwest, has died. The Austin Statesman confirmed the news on Twitter.

Early reports claim Meyers died of a heart attack, but that has yet to be confirmed. According to Austin360, Meyers was one of four people who helped launch the event in 1987. A manager and musician in his own right, he was the primary music booker for the event until he sold out his stake in 1994. After selling out, he lived all over the world, before eventually landing in Kansas City, where Austin360 says he directed an annual convention called Fork Alliance International. He moved back to Austin in 2014 to manage local act Sam Baker.

The reason South by Southwest worked for the industry is because we took the time to be the A&R people. We cleared through thousands of showcase entries to find a few hundred acts that we felt were ready to be seen by the industry. It was critical to me personally that every act at South By was worth seeing, that nobody could walk away going, ‘How the hell did that band get booked at this thing?

He continued to say he eventually left the festival because it had gotten too large. Coincidentally, today is the first day of the 30th SXSW festival, which grows more every year. The news of his passing broke just before President Obama delivered his SXSW keynote address.