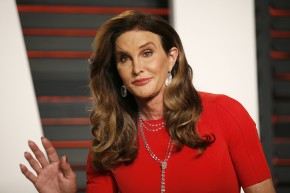 Caitlyn Jenner Is The New Face Of H&M?
By Leslie Horn

Caitlyn Jenner Is The New Face Of H&M?

For LGBT advocates, this is a great thing. For those opposed to hit-and-run accidents, it is questionable

Caitlyn Jenner has been tapped to be the face of a new sportswear line from H&M. Given Jenner’s history as an Olympian, and high-profile decision to come out as trans, it’s logical enough. Dazed notes that it’s not unusual for H&M to work with non-binary and trans models. Hari Nef and Andreja Pejić are trans models who walked in the brand’s show at Paris Fashion Week. More representation of the trans community is a good thing, and Jenner has certainly been a pioneer in that regard.

But in a cultural climate where people lose endorsement deals for sneezing the wrong way, H&M’s decision is peculiar, considering Jenner is no saint. Not by a long shot.

Backstage with @hm. Can’t wait to show you more of this inspiring and amazing campaign! #StayTuned #HMSport

Last February, Jenner got into a car accident, rear ending two cars, and killing one person. The Los Angeles District Attorney ultimately ruled not to charge her, although it was originally thought that she could face manslaughter charges for reasons of negligence. Jenner has been sued by the family of five who survived the crash, and she also was hit with a wrongful death suit from the family of Kim Howe, the woman who died, but the suit was settled out of court in January. Meanwhile, Jenner has sued another person involved the crash, arguing that at least one other driver bears partial responsibility.

Then there is the issue of Jenner’s confusing politics. She has said she’s a Republican, which, fine. Most recently, in a profile in the Advocate, she said she wants to be Ted Cruz’s “trans ambassador.” Jenner has said over and over again that she wants to be a symbol and an ally for trans people. You know who’s the exact opposite of that? Ted Cruz, who once called the Obama administration’s support of trans issues “lunacy.” Here’s a choice sound bite from Cruz from a November appearance on a conservative radio show in West Texas:

“Look, these guys are so nutty that the federal government is going after school districts, trying to force them to let boys shower with little girls,” Cruz replied. “Now listen: I’m the father of two daughters, and the idea that the federal government is coming in saying that boys, with all the god-given equipment of boys, can be in the shower room with junior high girls – this is lunacy!”

And let’s not forget her comments on gay marriage. On an episode of Ellen last fall, she said “I’m a traditionalist. I’m older than most people in the audience. I kind of like tradition, and it’s always been a man and a woman. I’m thinking, ‘I don’t quite get it.'” She later insisted that she’s “on board” and that her views have evolved, but that is not exactly a firm stance.

When asked about her politics by E! earlier this week, she replied:

“I don’t think my views have changed politically since transitioning,” Jenner says, saying she’s still primarily concerned about the economy. And also: “Just because I’m a woman now doesn’t make me all of a sudden liberal.”

It’s safe to say her views are questionable at best.

In a vacuum, it’s a net positive that Caitlyn Jenner is a visible presence for trans people. And while it’s great to see a trans individual fronting a campaign for a worldwide brand like H&M, you can’t help but wonder if the company is setting itself up for a future public relations crisis given Jenner’s history.