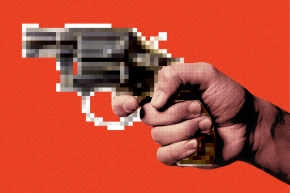 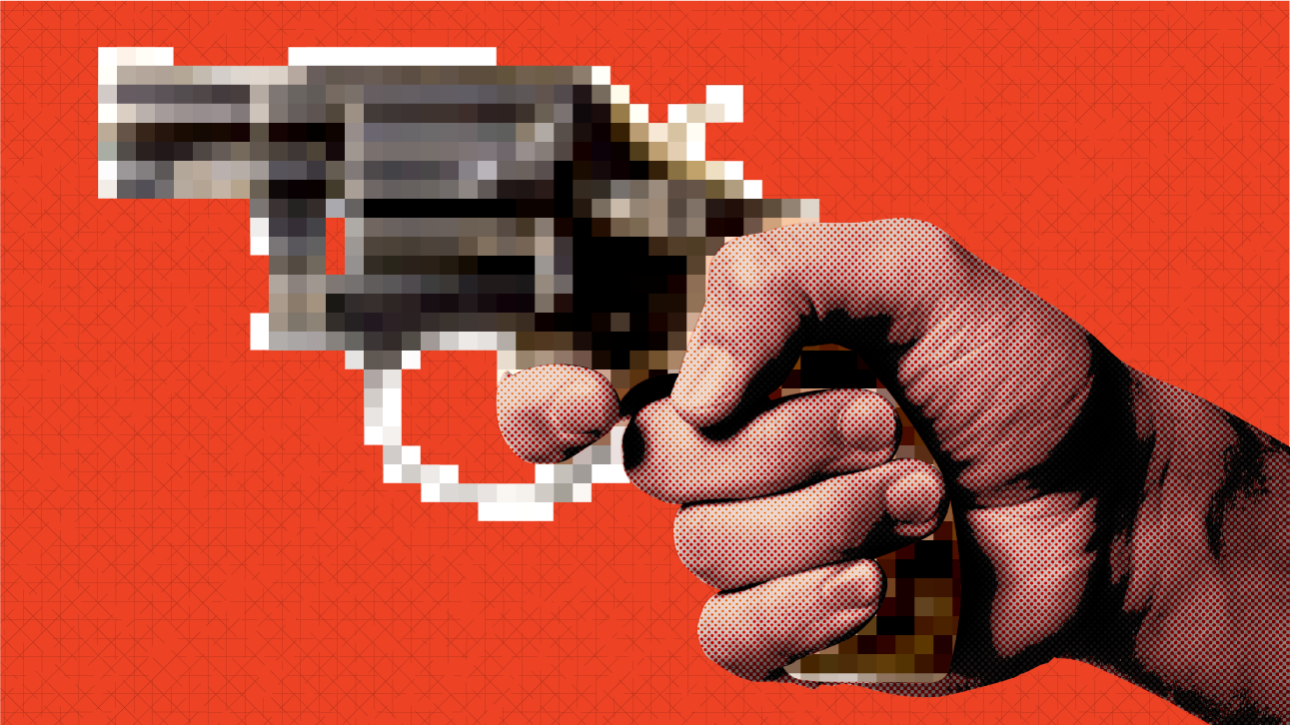 Right now, someone with a 3D printer, using digital blueprints available online, could be working to build a plastic gun and plotting to take it to an airport, where it would pass through metal detectors undetected and wreak untold havoc. At the moment, there is very little anyone can do about it. But that hasn’t stopped the federal government from trying, or the man behind the file-sharing website that first hosted blueprints for 3D-printed guns from thumbing his nose at federal authorities.

Cody Wilson, a self-described “crypto anarchist,” gained notoriety in 2013 following his launch of the website Defense Distributed—a site he describes as “Wikileaks for guns” designed to “collaboratively produce, publish, and distribute to the public without charge information and knowledge related to the digital manufacture of arms.”

The site has drawn the ire of federal authorities who don’t want to see these weapons get into the hands of criminals and terrorists. It’s the blueprints, not the guns, that have landed Wilson in the crosshairs of both the feds and gun-control advocacy groups, and the battle is just heating up.

Wilson and the State Department have been battling over the blueprints since 2013. The case currently is before the Fifth Circuit Court of Appeals in Texas. If you ask the feds, Wilson is breaking a law that prohibits the export of certain weapons by publishing online the blueprints required to build plastic, 3D-printed firearms. If you ask Wilson, the fight isn’t about guns at all, it’s about the First Amendment—the blueprints, he argues, are speech like anything else and are protected by the Constitution.

“We’re not breaking any laws, man. I’m not in jail right now, am I? They’re trying to color this as a national security issue when it’s really a gun control thing for them,” Wilson told Vocativ.

The internet is changing everything—providing a voice to the voiceless, undercutting power, but also creating new means of control. In this episode of DARK NET, Vocativ takes a look at the forces pushing back against authority. Watch the full episode of Revolt on SHOWTIME on Thursday, March 10, at 11p.m.

Wilson got the idea for this “Wikileaks for guns” while he was a law student at the University of Texas. He released the first digital blueprints for a 3D-printed gun in May of 2013.

A gun owner himself, he saw the technology of 3D-printed firearms as “the future of digital fabrication and digital fabrication over the internet.” He created the Liberator, a single-shot, all-plastic pistol that was the first 3D-printed gun in the world. His business is growing—Defense Distributed now offers the “Ghost Gunner,” a milling machine capable of helping a person build untraceable, fully functioning semi-automatic weapons like the AR-15.

The “Ghost Gunner” costs just $1,500 and currently, Wilson said, there are more than 1,000 in the U.S. and abroad, a third of which were sold to people in California, a state with some of the toughest gun laws in the country.

Wilson no longer offers the digital blueprints to build the AR-15 on his website, but the instructions and software used to mill the gun are easily accessible on other sites and compatible with his machine. If Wilson has his way, this is just the beginning.

“I intend to develop and host every kind of technical data for the making of arms from any and every medium,” he said. And he believes the law is on his side.

Wilson’s battle with the federal government could be a precedent-setting case, according to First Amendment experts, one that might set a new legal standard for the type of speech that is protected on the web.

“This is like nothing we’ve seen before,” said Gene Policinski, the senior vice president of the First Amendment Center, a division of the Newseum Institute. “The instructions are speech. This is opening an entirely new area of consideration. This is really something very new. It’s tough to really assess what directions the courts will go with it.”

The State Department, in their 2013 letter to Wilson, told him to remove the 3D-printed gun blueprints from the web after they were downloaded more than 100,000 times in two days. According to the feds, he was in violation of International Traffic in Arms Regulations (ITAR), Cold War-era munitions regulations intended to prevent U.S. weapons and military technology from ending up in the hands of its enemies.

The list of items regulated under ITAR typically includes things like explosives, military equipment and technology as well as guns. Whether instructions to build 3D-printed guns falls under ITAR is one of the questions a judge will have to answer in deciding Wilson’s case.

More DARK NET: Growing Up Trans In An Ultra-Orthodox Community

Wilson believes the feds are shifting the debate and exploiting terrorist threats overseas and at home to regulate guns domestically. Last month, the Brady Campaign to Prevent Gun Violence, a gun control advocacy group, filed an amicus brief with the Fifth Circuit Court in support of the State Department’s efforts to regulate blueprints for 3D-printed firearms. Like the State Department, the Brady Campaign stressed terrorist threats.

“Especially in the wake of terrorist attacks in Paris and San Bernardino, we simply cannot afford to hand terrorists and other dangerous people the tools they need to take innocent lives and perpetrate acts of terror on American soil or anywhere else,” Brady Center President Dan Gross said. He added, “What happens when these new, untraceable and undetectable guns wind up in the wrong hands, or easily slip through metal detectors at airports?”

Congressman Steve Israel, a Democrat from New York, is leading the charge in Congress to regulate 3D-printed firearms. He has introduced legislation that would help ease some of the concerns about plastic guns getting past airport security undetected—but he isn’t going after the blueprints.

“This is about keeping undetectable firearms out of the hands of criminals and terrorists,” Israel told Vocativ. “My legislation will not ban blueprints of any kind. What my legislation will do is make it illegal to manufacture or possess a firearm that can pass through metal detectors unnoticed.”

Part of Israel’s plan includes requiring plastic 3D-printed firearms to include a metal component that would be detectable by airport security metal detectors. That, however, would only apply to guns built in the U.S. Wilson’s blueprints are available online all over the world.

“Speech is protected unless it incites imminent lawless action, or is deemed likely to produce that action,” he said. “This is simply providing the information—the files. Is that going to be deemed protected speech?”

The legal precedent for what type of speech “incites imminent lawless action” comes from a 1969 Supreme Court case about a member of the Ku Klux Klan who was arrested for comments he made during a protest rally. Amongst calls for unspecified revenge against certain minority groups, the Klansman said the president and Congress were attempting to suppress the “Caucasian race.”

The Klansman, Clarence Brandenburg, was convicted of advocating violence under the Ohio Criminal Syndicalism Statute, according to the American Civil Liberties Union of Ohio, which represented Brandenberg. The Supreme Court later ruled in favor of Brandenberg, noting that speech is protected unless it is “directed to inciting or producing imminent lawless action.”

For Brandenberg v. Ohio to apply, said Policinski, it would need to be determined whether 3D-printing a gun is an illegal act.

For his part, Wilson said he would feel bad but not responsible if a gun built from the blueprints on his website was used to kill innocent people. He said Defense Distributed has raised millions of dollars that he plans to spend on research and development of other digitally-facilitated fabricated weapons.

Israel maintains that these types of weapons ending up in the hands of criminals and terrorists is a serious threat. As 3D-printing technology advances, he said, the laws need to keep pace.

“As we saw in San Bernardino, terrorists have no regard for American lives. We should be making it harder, not easier, for terrorists and criminals to get their hands on weapons,” he said.