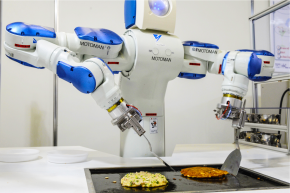 Americans Are In Denial About The Robot Job Apocalypse 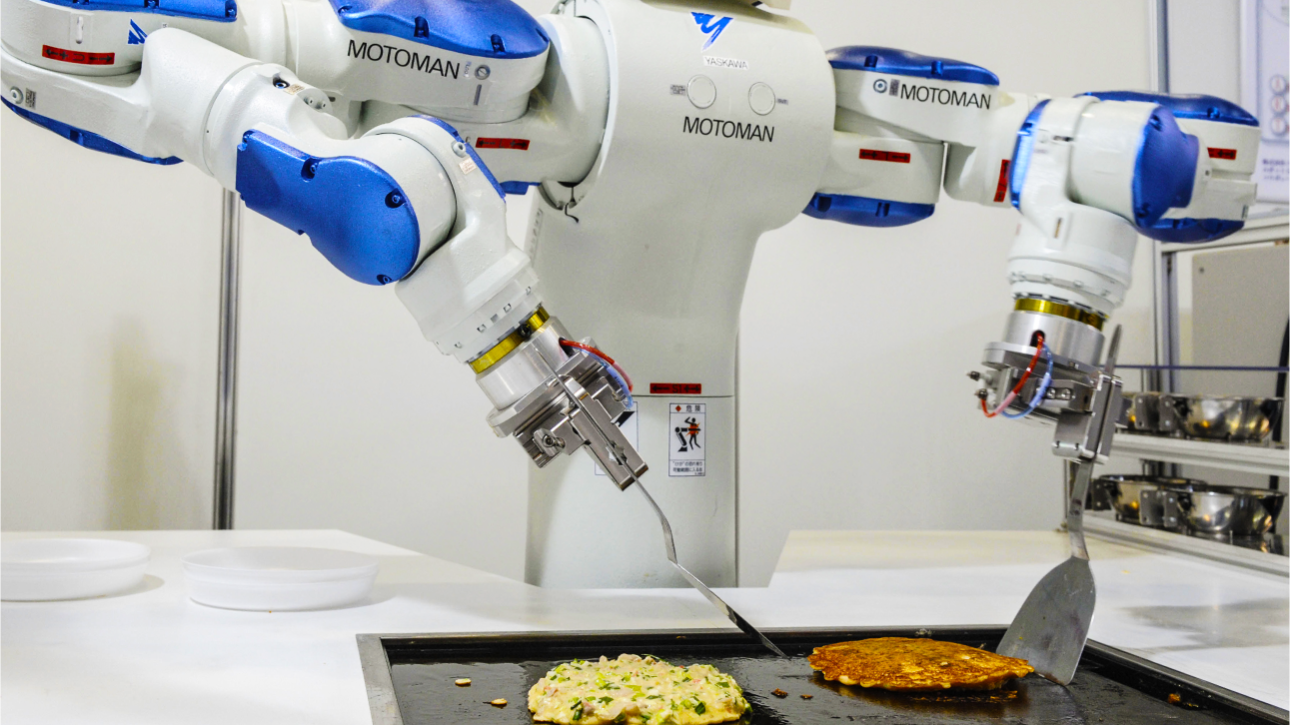 The majority of America believe that robots will take over the workforce within the next fifty years. Everything will become automated—except for their own jobs.

The Pew Research Center polled 2,000 adult humans and found that about two-thirds of them believe in just five decades robots will do most of the work that humans currently do. These Americans are in accord with the chorus of tech and economic experts predicting the rise of workforce automation and the toll it will take on employment. Two months ago, The World Economic Forum released “The Future of Jobs” report, finding advancements in robotics, AI, genetics, biotechnology and 3D-printing will lead to a net loss of 5.1 million jobs worldwide. The WEF report refers to this shift as “The Fourth Industrial Revolution.” 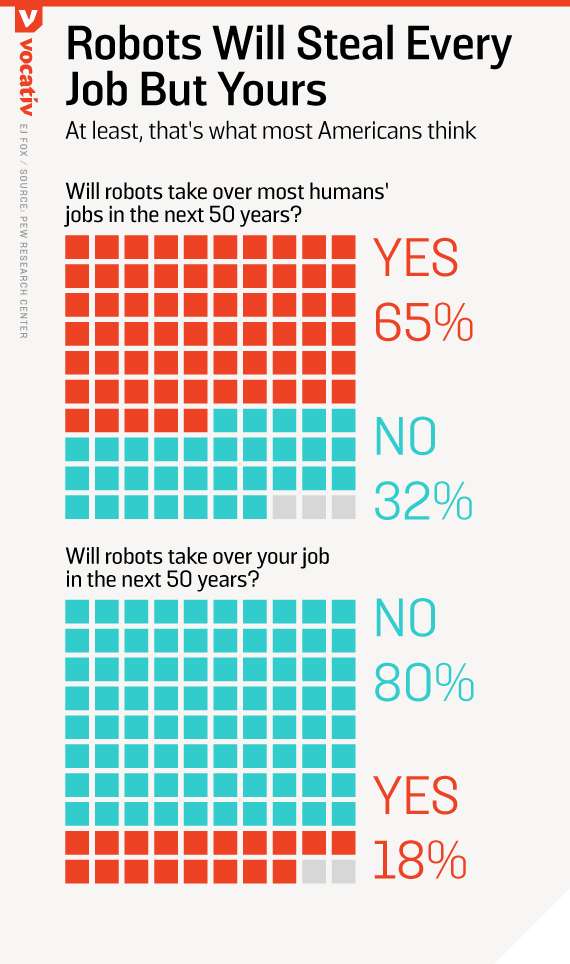 But, even though 65 percent of Americans think robots will steal most jobs, even more Americans—80 percent—are certain that the machine uprising won’t affect their own job over the next half century. Flesh-and-blood mortals who have a higher income, college degree or work in education, government or nonprofit, were even more likely to insist their jobs were safe from entitled androids.

As it if wasn’t hard enough to cope with robots stealing our jobs, now it seems they’re after our playtime too: Yesterday a robot created by Google’s DeepMind unit defeated Lee Se-dol, the human champion of the board game Go.