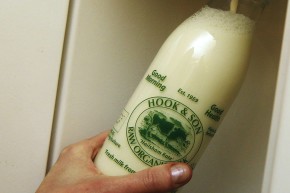 These Politicians Legalized Raw Milk…And Then Got Sick
By Joshua A. Krisch

These Politicians Legalized Raw Milk…And Then Got Sick 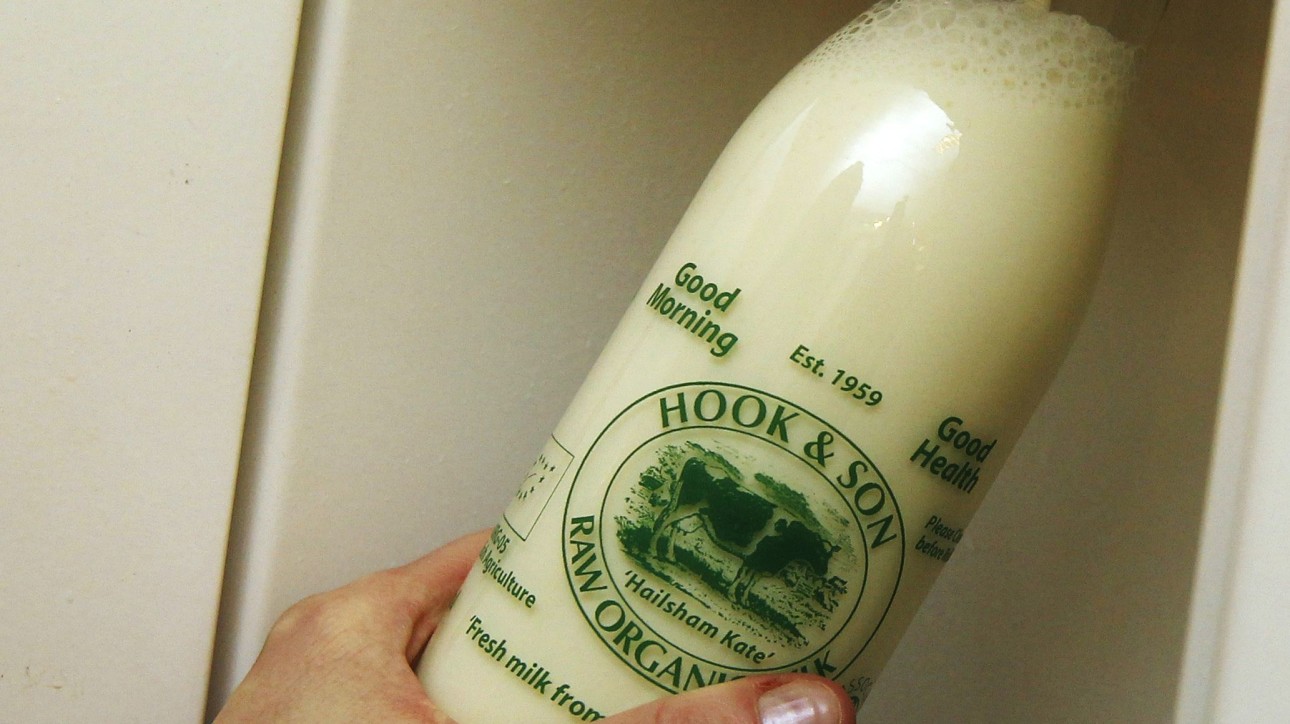 Only days after West Virginia Governor Earl Ray Tomblin lifted a ban on drinking raw milk in defiance of FDA guidelines, lawmakers celebrated with a swig of the good stuff. Now, they appear to be suffering from a curious “stomach virus”—or, the typical symptoms of drinking contaminated raw milk.

One Republican delegate, Pat McGeehan, admitted to local news reporters that a raw milk lobbyist, “caught me in the hallway, offered a cup to me, and you want to try to be a gentleman…I had a small sip and walked away.” McGeehan is now one of several lawmakers reportedly on his back moaning in a statehouse somewhere. Not that he’s repentant, or anything. “I highly doubt raw milk had anything to do with it, in my case,” he says.

More Fighting Satan, One Milk Carton at a Time

The raw milk lobby wants Big Government out of their milk pails. Although it is legal to drink raw milk from your own herd in most states, until recently West Virginia was one of the few legislatures that stubbornly refused to allow its constituents to guzzle unpasteurized dairy, even in the privacy of their own barns. But after much legal ado and one noteworthy failed attempt, raw milk truthers finally got what they wanted. On Thursday, Governor Tomblin signed a bill allowing West Virginians to chug warm, raw milk with reckless abandon, after they’ve signed a waiver and had their animals tested for diseases.

The victors celebrated in the only way they know how—by passing around raw milk and (possibly) infecting the Capitol. To be fair, however, there’s still no proof that raw milk caused the spate of stomach bugs among lawmakers. “It’s important to note that a lot of the information out there is alleged,” State Health Officer Dr. Rahul Gupta told the Associated Press. #StillFunny.

Raw milk advocates such as vaccine skeptic and alleged fraudster Dr. Joseph Mercola have hailed the recent trend toward raw milk, writing that, “this isn’t a trend at all; it’s an example of people reverting to traditional sources of food that have not been adulterated and processed … pasteurizing milk destroys many of the natural immune boosters and good bacteria in the milk.”

Mercola’s Facebook fans eat (or drink, and then vomit) this stuff up. “I love being able to provide this real food for my family, and it makes me proud to let my money do the talking and support a hardworking, local farmer. No store milk for us, ever. Let the government try to get between me and what I feed my family—I will do what needs to be done to get the food I want,” one commenter writes. Another commenter bemoaned the FDA’s vice-like grip on the poison milk industry: “Sad thing FDA is trying to shut these milk farmers down,” she writes.

Is it sad, though? The FDA has some pretty solid reasons for kicking back against raw milk. First of all, studies have shown that pasteurization—a process that involves heating milk to kill deadly bacteria—does not reduce milk’s nutritional value in any way. Claims that raw milk somehow cures diseases have also been thoroughly debunked. As CDC puts it, “there are no health benefits from drinking raw milk that cannot be obtained from drinking pasteurized milk that is free of disease-causing bacteria.”

Meanwhile, advocating a “return to raw milk” is simply another way of advocating a return to an era when a whole lot of people died from the bacteria in raw milk including, by some accounts, one president of the United States. The CDC reports that raw milk caused 148 outbreaks between 1988 and 2011, resulting in 2,384 illnesses, 284 hospitalizations, and two deaths—and that’s in the modern era, when the sale of raw milk is illegal.

Before pasteurization, the death toll was likely far higher. New York began pasteurizing its milk in 1914, shortly after a deadly typhoid epidemic was linked to raw milk. Seven years later, New York’s infant death rate had coincidentally plummeted from a horrifying 24 percent to a mere 7 percent, likely due at least in part to pasteurization.

That’s the science, and it provides a strong argument against the sale of raw milk in the United States. As for whether the government should be allowed to stop individuals from indulging in E.Coli ice cream, however, remains a state’s issue, up for political debate. We trust that as soon as lawmakers stop puking, they’ll get right back to addressing the concerns of the raw milk lobby.