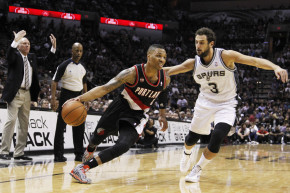 How Damian Lillard Uses Analytics To Kill The Game 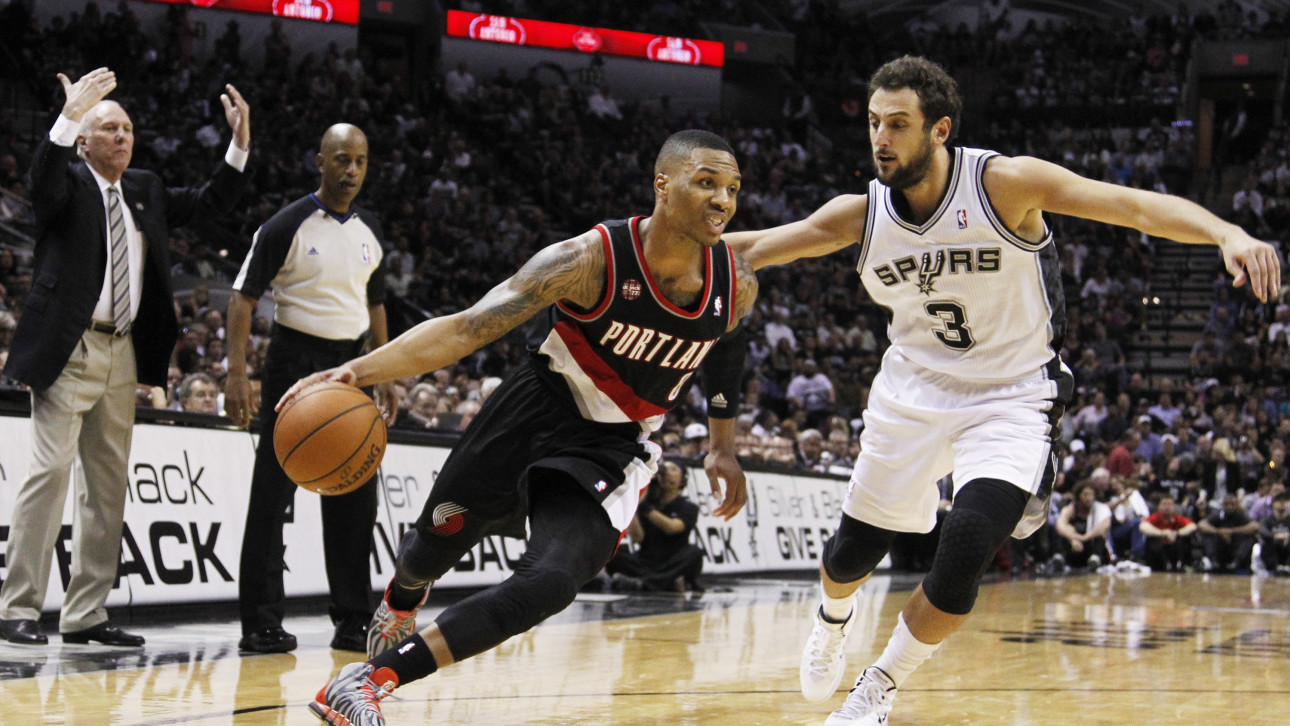 Portland Trailblazers point guard Damian Lillard tracked his rehab from a left-foot injury in December by running, jumping, and shuffling between a pair of parallel sky-blue lines. The spools at the end of each strip were OptoGait sensors, which tracked his every move to the millisecond, Joule and watt.

That data—and the personalized training it informed—enabled the 25-year-old star to have quantified reassurance that he was back to his old self.

“I think that’s the direction that the league is going—sports, period—but, for us, it was good for me this year because, when I had to miss some games with plantar fasciitis, it gave me a good chance to see how strong this foot was [compared] to this foot,” Lillard said, “and if my explosiveness was all the way back and if I was ready to be in NBA games.”

Since returning to the court, Lillard has averaged 27.6 points per game and twice netted 50 in a game, including in a Feb. 19 upset win over the league-leading Golden State Warriors. On Tuesday night, he scored 41 and added 11 assists to beat the Washington Wizards in overtime. It appears OptoGait is indeed working for him.

OptoGait is the brainchild of the Italy-based MicroGate and has been in use by the Trailblazers since they hired Chris Stackpole as director of player health and performance in 2013.

“We’ll measure gait parameters to make sure that, as he walks, is he walking with symmetry?” said Peter Gorman, who is a chiropractic doctor with seven heart-rate monitor patents and president of the subsidiary MicroGate USA. “A basketball player needs to be able and agile in all directions.”

Gorman likened OptoGait to a telescope for the human body, noting that it can detect a subtle limp long before the human eye, which allows for preemptive correctives before a player pulls a muscle and is sidelined.

“[If] he’s getting more shaky, like a reckless ride, we know that is a prerequisite to injury,” he added. “By controlling the symmetry, you’re controlling the development of dysfunction in the body. Every now and then, something can happen—you land, you twist your ankle, and it was unavoidable—but we’re finding that about 94 percent of all injury is accumulative.”

Few players endure the hardwood toll that Lillard does. His 36.1 minutes per game rank ninth, and many of them are high-stress minutes. He possesses the ball more than any other player, at 8.3 minutes per game, according to the NBA’s SportVU tracker—meaning he’s directing play during roughly a quarter of all his court time.

“There are a lot of teams where the ball seems to be stagnant in one person’s hands, and it’s more a problem than anything,” Portland forward Pat Connaughton said. “But I think this situation has been nothing but successful.”

Furthermore, Lillard rates among the sport’s most prolific cross-court harriers, logging 2.51 miles per game, seventh-most in the league. It’s Portland’s style of play: his backcourt teammate, C.J. McCollum is third at 2.59. Over 58 games, Lillard covered the court back-and-forth and side-to-side for 145.6 miles—almost exactly the distance from Portland to Tacoma. (By year’s end, he’ll reach a hypothetical Seattle.)

“It’s what we train for,” McCollum said. “You’re not going to complain about running a lot of miles when you don’t play a lot of minutes. I enjoy playing a lot. I don’t really notice the running until the next day or a couple days later. The training staff does a great job of preparing us, and the strength and conditioning do a great job of strengthening our bodies and making sure we recover.”

The Blazers have gone 23-11 since Christmas after starting 11-20 thanks to Lillard’s return from injury on Jan. 4, near the start of that turnaround.

More By The Numbers: The Golden State Warriors Really Are That Great

“They’re very energetic: McCollum and Lillard create a lot of problems for everybody,” Knicks coach Kurt Rambis said. “Their activity level and how the team really center around finding them and figuring out ways to get them open—a lot of multiple action by their bigs and smalls, so they really churn your defense. Guys have got to be on a high alert all night long.”

That activity level also may be why the Blazers struggle in the second game when playing back-to-back nights. Portland is 3-11 on day two when playing consecutive nights.

The proliferation of analytics in basketball has highlighted the benefits of player rest, an issue that rose to prominence after Spurs coach Gregg Popovich rested four starters for a nationally-televised game when his team was asked to play four times in five nights in 2012. Studies by Nylon Calculus show that teams run slower, shoot worse, and win less with zero days’ rest, rather than one or more.

“The rest issue has kind of come en vogue that last two years, but Damian is young,” Portland coach Terry Stotts said. “He’s very competitive, he wants to be out there, and in reality he’s playing so much less minutes than stars over the past few years. Look at the minutes LeBron [James] played early in his career”—40.3 per game through age 25—“and just go down the list. I think 36 minutes for an All-Star point guard, your best player, is kind of normal for that type of player.”

A catch-and-shoot game would be less tiresome—think JJ Redick or Kyle Korver on the perimeter—but Lillard keeps play uptempo, saying “We’ve got to be aggressive and in attack mode from start to finish.” He ranks in the NBA’s top five in pull-up jumpers and scoring drives, both of which take a speed burst.

“Obviously it’s a challenge—it’s not easy to do,” Lillard said. “There’s a lot of things you can do to make it easier for yourself: getting sleep at night, staying hydrated, getting in the cold tub, getting massages, hot tub, stretching, things like that. And just having the desire to do it, the want-to. I’ve done all those things so it allows me to go out and do it consistently.”