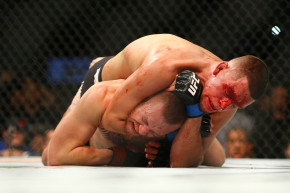 How The UFC Screwed Itself
By Felix Biederman

How The UFC Screwed Itself 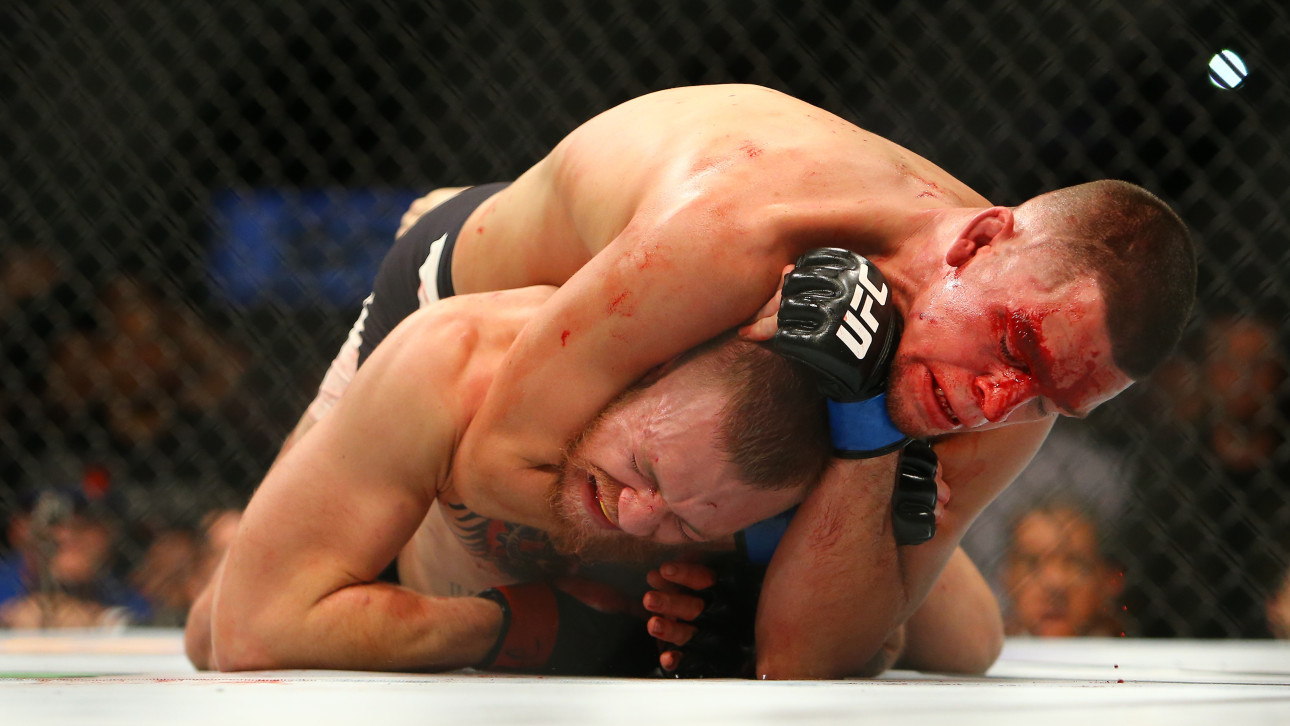 UFC 196 should have been a wonderful night for the promotion. That the night was instead a disaster brings into sharp relief a fundamental failing inherent to the UFC’s business model.

Consider: an exciting, jaggedly charismatic fighter won a thrilling upset in the main event. In the co-main, a perpetual underdog secured her first defining victory in come-from-behind fashion to claim the bantamweight title that had long proven elusive. Outcomes like these are why people watch combat sports, it is the theater of the unexpected married with an ineffable visceral intensity.

However, the UFC now finds itself pinned against the weight of its own promotional strategy after Nate Diaz and Miesha Tate’s victories. The problem begins with the fact that the UFC has never had many ready-made stars at any given time.

Currently, there are three major draws in the UFC: Ronda Rousey, Conor McGregor, and Jon Jones. Jones is a distant third and has been absent since January of last year, owing to a DUI and protracted falling out with the UFC. Rousey was most recently knocked into the deadlights by Holly Holm, who just lost her title to Miesha Tate. McGregor was taunted, slapped, and submitted by Nate Diaz this past Saturday. None of this is good for the promotion.

Rousey and McGregor both find themselves in precarious positions given the events of UFC 196. McGregor may not physically be able to cut back down to 145 lbs, matches up terribly with the current 155 lb champion Rafael Dos Anjos, and clearly has no business fighting at 170 lbs based on his showing against Diaz. This can also be safely categorized as not good at all.

Rousey looked like a shadow of her once unstoppable self during her fight with Holm and has already started a profitable side venture in acting. Clearly, Rousey may not be long for this sport and it’s unclear if she remains the transcendent force she once appeared to be. Again, still not good.

This leaves light heavyweight Jon Jones, who returns in April to face Daniel Cormier for the belt that he never lost in the cage (and in fact last defended against Cormier). Jones is by far the best fighter of the UFC’s big three and makes for a pretty compelling guy when his mask slips, but he’s never moved the needle past 1 million buys as Rousey and McGregor have. Either way, he can’t carry a multibillion dollar enterprise on his own shoulders alone. Okay, this is all bad now.

The UFC finds itself in this spot specifically because of how it markets its fighters; with the brand of the UFC emphasized over the individual in nearly all cases. This likely isn’t a mistake; having no more than a few stars at once drastically reduces the potential collective bargaining ability of its fighters.

If more fighters were marketed for their unique personalities and exciting fights to the extent that the current elite class has been, they would be able to point to spikes in either PPV buyrates or free TV viewership to up their fight purses. As it is, they are told to take it or leave it.

The controversial Reebok deal demonstrated this class cleavage pretty well: while the lower to upper middle class of fighters saw their sponsorship money fall by tens of thousands of dollars, were penalized for violating exclusivity clauses in the contract, and had their nations insulted through sheer incompetence, the elite like Rousey and McGregor got exclusive deals (deals where the numbers were unknown to the public or their fellow fighters).

This rather extreme inequality has led to some fighters declining to re-up with the UFC, most notably former lightweight champion Benson Henderson, who was lured by bigger sponsorship dollars in competing promotion Bellator.

This happens because stakeholding management ingratiates itself with fighters they deem star-worthy early on. Both McGregor and Rousey benefitted from this system before they’d made a single octagon appearance thanks to heavy advance promotion.

However, in some cases, potential golden geese like Sage Northcutt and Paige Vanzant lose well before the hype machine can cement their star status.

UFC management justifies this scattershot cherry-picking system by openly accusing the fighters it does not favor of being difficult or boring, which sure seems like a fine way to ensure no one will be interested in said fighters. The company is also not a reliable arbiter of what the fans want.

Georges St-Pierre—the most successful welterweight in the promotion’s history—was one of the UFC’s consistent PPV draws and was also frequently accused of being a “boring” fighter. In that case, the UFC’s conception of a predestined star and an actual star resulted in needless bad blood that served no one’s best interests. Not that the UFC is into anyone’s best interests but their own.

The promotion is currently embroiled in an antitrust lawsuit alleging, among other things, using noncompetitive practices to kneecap the bargaining ability of fighters. In addition, the majority owners in the UFC’s parent company Zuffa, Frank and Lorenzo Fertita, don’t exactly have a sparkling record with collective bargaining. Neither does the government of Abu Dhabi, another stakeholder through subsidiary Flash Entertainment, but who’s counting?

This brand of rapacity has a built-in endgame that ends poorly for the main actors.

For one, you run out of resources. People tend to notice they’re being screwed out of money by the same guys in the same ways, and then choose to be screwed over by someone else (see: Henderson).

For two, your eyes get too big for your stomach. You don’t promote the fighters who are up against your golden boys and girls. Then they end up beating the hell out of the cash cow because MMA is a stupidly unpredictable sport, and now you’re stuck with someone you just sold as the other guy.

Now, this system, if something so illogical and self-defeating can be called a system, did yield a multibillion dollar enterprise out of a sport John McCain singled out as a barbaric spectacle. However, the UFC’s scale and revenue is still nothing in comparison to the major sports it openly wishes to not just equal, but overshadow altogether.

So, assuming its stated goals are its true goals, the UFC is far from doomed, but undoubtedly screwed. And if the lessons of past empires are any indication, the UFC may already be eating its own tail. It would make sense since UFC management is already a foot up its own ass.