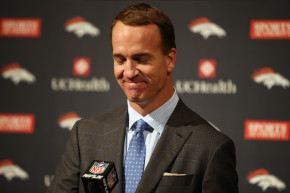 Woman Reporter On Blast For Asking Peyton Manning A Question

Apparently, a press conference is not the "time or place" for the press to ask questions 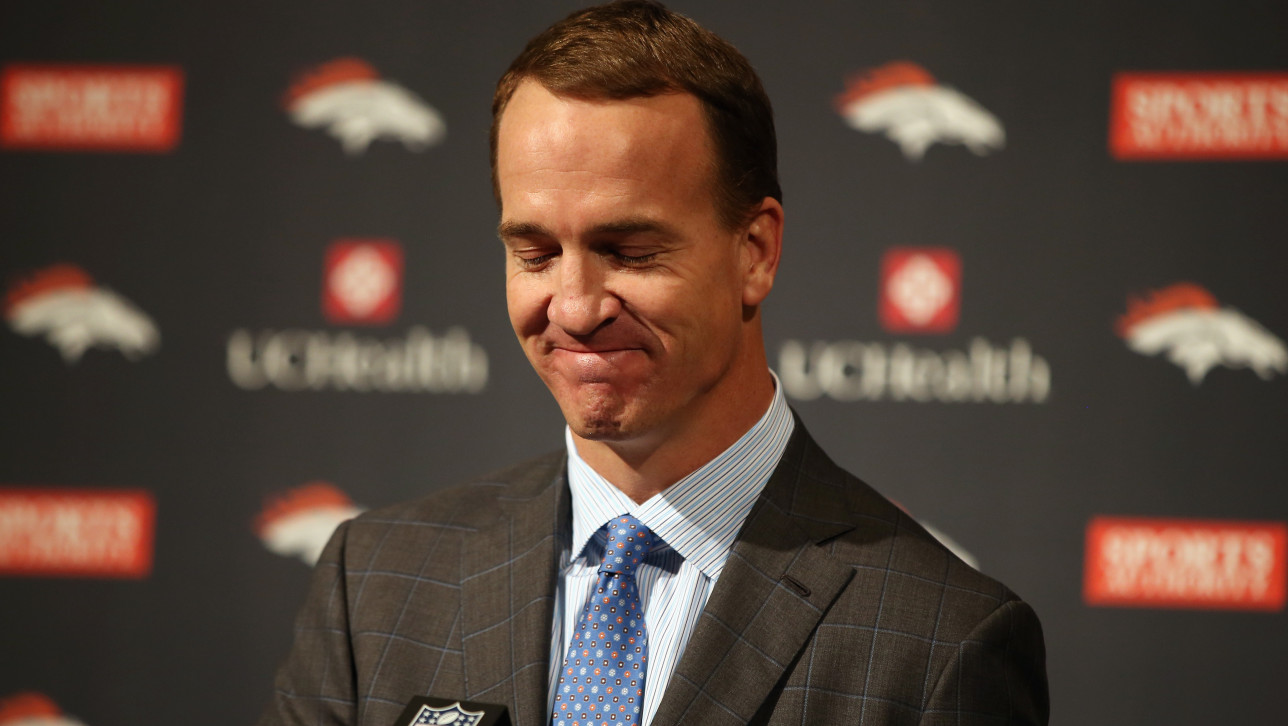 Peyton Manning held a press conference on Monday to officially announce his retirement from football. While anything is fair game at a press conference, some Manning fans seem to be under the impression that a reporter’s job is to fawn over the subjects they cover. Case in point: When USA Today reporter Lindsay Jones had the audacity to ask Manning a real question, the Manning faithful lost their damn minds.

Fans sent angry and misogynistic tweets to Jones after she asked Manning about the allegation that he committed sexual assault while a student at Tennessee. The allegation resurfaced after the Super Bowl, and given Manning has not been available to the media since his last game, this was the first—and possibly last—chance for the press to ask about the story.

Manning brushed off the questions with a denial, but some of his fans responded with less grace, as Jones’ Twitter handle and name were used 2,574 times beginning shortly after the press conference’s start time all the way until Monday evening:

Only a woman would try to ruin Peyton’s retirement by trying to ask him about the Tennessee allegations. Let him have his day, damn.

@bylindsayhjones stupid woman attempting to ruin 18 years of football by asking something not related to his NFL career. Hope you get fired

Completely ignoring the context of the story’s timing, many fans tried to equate Jones’ question with someone asking Kobe Bryant about being accused of sexual assault during his pending retirement press conference:

@jonahkeri @bylindsayhjones so I’m assuming we can breathlessly await the rape question at Kobe’s final presser, yes? It HAS to be asked…

@bylindsayhjones @SECbooger will she ask Kobe Bryant about his rape allegations and pay off attempt? ??

Others who are overwhelmed with grief over Nancy Reagan’s death also took offense, somehow making the leap that Jones is “classless” and “would” also ask tasteless questions at the former First Lady’s funeral (?):

@nrarmour @bylindsayhjones No, you didn’t. You would ask Reagan’s kids about Iran Contra at Nancy’s funeral too. Disgraces, both of you

@Jeff_Legwold @bylindsayhjones sure, and let’s ask the Reagan family at the funeral if Nancy’s “Just say No!” Was a failure…time and place

@bylindsayhjones you’re the kind of person who would ask the Reagan children about Iran Contra at Nancy’s funeral. Horrible timing. Shame

Jones tweeted that she asked the question because Manning deserved a chance to address the story, which has followed Manning’s name in reports since the Super Bowl. Makes sense. Like Manning, she was able to brush off questions about her question: